Resident Evil was a huge and successful franchise that established the early rules and elements of survival horror, a genre that focuses on atmosphere, limited equipment, and options, along with terrifying monsters and intriguing puzzles. With the 1996 release, Resident Evil created an incredible legacy but as the series went on with Resident Evil 2, 3: Nemesis, and Code Veronica, the first game looked outdated in comparison.

Resident Evil’s original release lacked the big budget for environmental presentation known in its sequels. Resident Evil 2 started the concept of pre-rendered environments, which enabled the developers to create a convincing background area while making interactable items stand out more. Resident Evil 3 expanded on this by creating a larger area for the majority of Raccoon City, since Jill Valentine navigates through more areas than Leon or Claire.

Pre-rendered environments became a staple in many other survival horror titles that tried to emulate the Resident Evil style. By Resident Evil: Code Veronica, this style started to phase out due to graphical advancements in video games making fully rendered environments more feasible. Because the first game didn’t have a lot of the design evolutions in its sequels, the remake was made to update the setting to better line up with the rest of the series.

The story is a retelling of the original Resident Evil, following two members of S.T.A.R.S Chris Redfield and Jill Valentine. Additions to the story includes a new section of the mansion that features a new threat named Lisa Trevor, a tortured experiment that’s also the progenitor of the T-virus and G-virus bio-weapons. Aside from the Lisa section the game more or less follows the same beats of the original, with Chris and Jill being helped by Rebecca Chambers and Barry Burton respectively.

The biggest changes to Resident Evil Remake was in the gameplay itself. Like in the past games, this one still has tank controls and fixed camera angles. Much of the beginning explorations in the mansion is to pick and choose your battles against zombies while solving puzzles and finding items. When battling, you can either hope to blast their heads off with the handgun or shotgun. If you don’t due to how aiming works the zombie gets brought down after several shots but they won’t disappear. Players then need to find kerosene which is scattered around the mansion. If the zombies aren’t burned after some time they will get up as the more deadly crimson heads. Crimson heads are faster, stronger, and can be fairly stress inducing in tight corridors. The addition of crimson heads made the gameplay experience even more tense and gave a sense of urgency to remove the threat of the zombies and add more items to keep track of.

A major element that Resident Evil Remake improved on is the background soundtrack. When the original Resident Evil released in 1996 the soundtrack kept the dreary mood of exploring a dangerous, claustrophobic mansion. When it was re-released in 1998 as Resident Evil Director’s Cut: DualShock, the ambient music was altered in a way that significantly changed the game’s tone and made it less tense. For the remake the soundtrack was an updated version of the original 1996 game release, with more eerie tunes to keep the scary atmosphere.

The original Resident Evil was known for having campy cutscenes to contrast with the tense gameplay. Voice acting in the original games were also very amateur and is considered to be a charming element to the game, mitigating the tension with some silly unintentional humor due to bad translations. Many fan-favorite lines like Barry’s “Jill Sandwich ” and other silly lines were changed around to maintain the darker tone to the game. Even some of the cliche moments like Wesker’s betrayal or Chris’s scenes with Rebecca had more weight and drama compared to the original.

Resident Evil Remake has been considered as the golden standard when it comes to remaking a classic game from the 90s. Aside from just being a graphical upgrade, the game added more gameplay mechanics and new ways to keep the experience fresh and suspenseful. Even after 20 years, the game holds up as one of the best of its genre and truly feels like an entry to survival horror. Resident Evil Remake is a must buy for fans of the genre and gamers that want an entry point into the franchise. 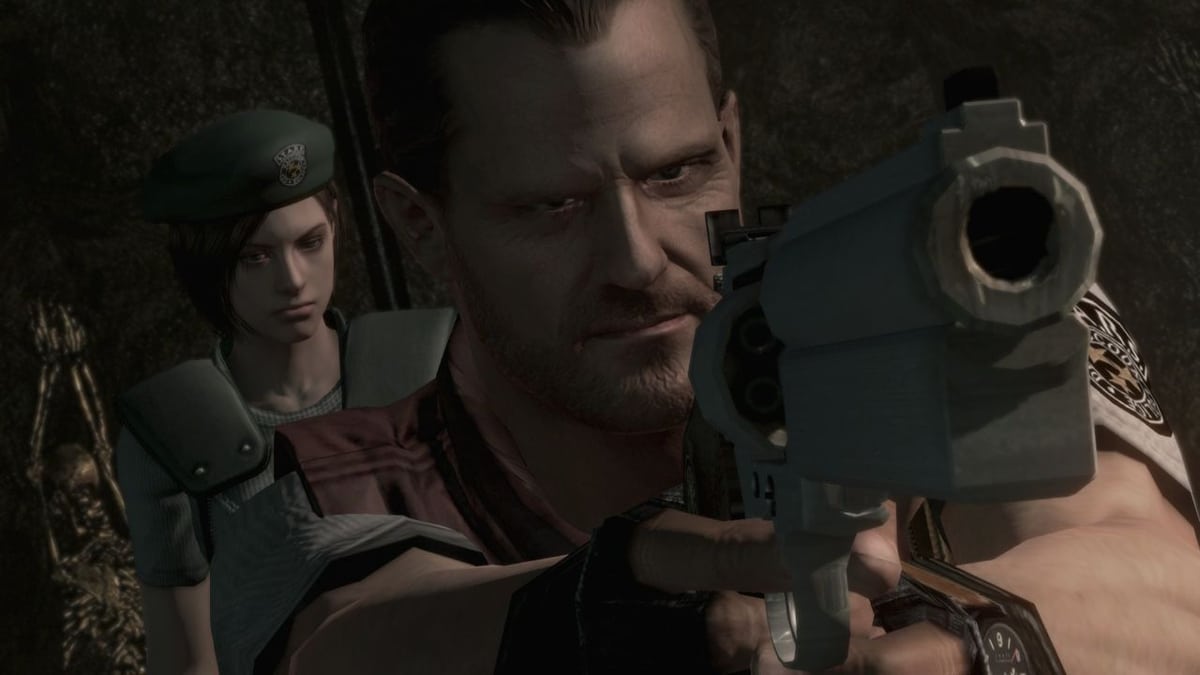