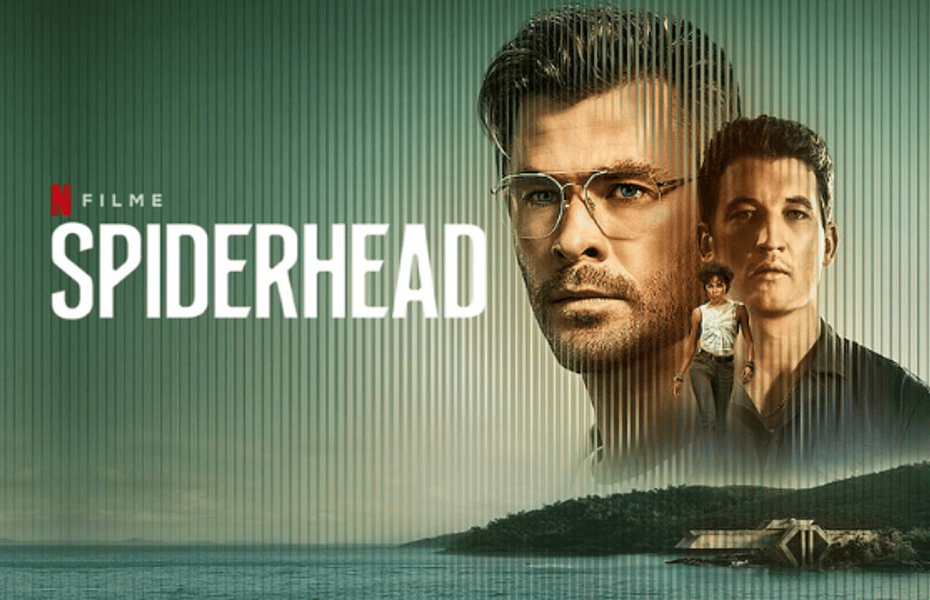 Based on a short story Escape from Spiderhead, Spiderhead tells the story of the near future where convicts are offered the chance to volunteer as medical subjects to shorten their sentence. One such subject, testing a new drug capable of generating feelings of love, begins questioning the reality of his emotions.

I watched this movie for two reasons: Miles Teller and the fact that I am participating in a medical study myself.

The concept is interesting and unique. Spiderhead takes ideas about morals, drug trials, and free will, exploring them from an interesting angle.

Chris Hemsworth is good in this movie. It is nice seeing him do more roles outside of Thor and the Marvel Cinematic Universe. He can play more serious roles while still being funny.

Miles Teller is great as well. I have been a fan since Divergent and I am convinced that he can do anything. In this film, he brings a lot of depth to the performance and plot. All of the acting throughout the film is very strong.

The aesthetic and overall look of the film were great. It feels futuristic and dystopian while also feeling sterile and bright. I noticed that Spiderhead does not know its own tone. At points it is complete sci fi, drama, light humor, and hardcore thriller. The film feels a bit long and I believe about 20 minutes could have been cut to make the story much more streamlined. This movie is very high concept and sets up a lot, however the stylized choices overshadow the plot. I did really enjoy the commentary on the pharmaceutical companies. It feels ever so relevant and tasteful. I also like the overall idea of taking drugs to control or obtain certain emotions. Our world would be very different if that was real. In addition to this, I also thought that the movie’s take on morals and human nature was interesting as well. I found all of the characters’ backgrounds very compelling and it makes sense why they are participating in the trial.

In all honesty, the big twist and reveal did not work for me very well. In an already somewhat confused plot, the twist is almost predictable and some of the big reveals feel kind of rushed. I see what they were going for, but I wish that there was more of a psychological aspect to the film, which could have meshed well with the already existing sci-fi, drama, and thriller themes. I enjoyed the soundtrack, which is fun. The music consistently serves the movie well throughout the runtime.

All in all, Spiderhead is a decent sci-fi thriller watch. Miles Teller and Chris Hemsworth are great. This isn’t the most original idea, but you could do a lot worse with drug trial sci-fi escape films.

Watch this film if you like things similar to Black Mirror, American Horror Story, or any sci-fi with relevant commentary and themes. Spiderhead is now streaming on Netflix.

Evil Season Three is on the Horizon