Whatever You Do, Don’t Open The Door!

Having become newly engaged, Felix and Faye travel to a secluded mountain cabin in Colorado for a romantic getaway. It’s five miles to the nearest town, and reception on Pale Peak is scarce. The isolation they wanted is theirs to enjoy until a chorus of ghastly voices starts calling through the night and snow. They come from the woods, where a shadowed figure can be seen just beyond the trees. They call from outside the cabin, where unknown tracks are found in the morning light. They call from just outside the windows and the front porch, where movement can be seen just past the curtains.

Their presence becomes more menacing over time, and even though they can’t get in, that doesn’t mean they can’t touch the couple because when Faye begins talking in her sleep, she’s not just mumbling. She’s responding to the voices.

Stolen Tongues is as simple and easy to follow as the description may lead one to believe. The novel is nerve-wracking straight from the prologue. We are introduced to our couple pet sitting for friends when the animals begin alerting them of an ominous presence. This single chapter wastes no time getting into the strange happenings as it establishes the core characters before sending danger their way. Past the prologue, you would think there would be a fair gap before things pick up, but those expectations are quickly swept aside. In almost 300 pages, the terror and unease never let up as the source of the voices is always calling.

The story works much like a haunting, but the creature proves itself very real. If there is a downside to the constant edge-of-your-seat pacing, it’s that it may not be for everyone. Most horror novels may have longer periods of story and exposition between their most tense sections to give readers time to breathe, but here they are brief. This isn’t to say Felix Blackwell doesn’t give readers the information they need. Stolen Tongues reads much like a horror film in that the reader gets the information they need when they need it, and only as much as needed to move the story along. It will work for many, but anyone who needs a book with a more steady pace may need to look elsewhere.

Both Felix and Faye are likable enough that readers will root for them, but the no nonsense pace could potentially make them feel hollow at times. Only being given details about them when needed could make them appear less than well-rounded, like characters from a film. There’s enough to set them apart and make them people, but not quite so much to believe they have lives outside their conflict. Despite this, they are suitable protagonists. The supporting characters are equally as likable and unlikeable as they need to be and add to the story. There isn’t a single person that doesn’t serve a purpose.

By far, the best-developed character is the being from the woods. It and Felix are the two most constant characters from beginning to end. The creature is interesting in that there are only vague ideas of what it is. Characters put a name and lore to it, but even the people with answers can only interpret the danger to a small degree, leaving a dangerous allure to it for most of the story. As much as Felix ponders this thing that harasses him, so too does the reader as they learn about it. It’s a curious thing, but also malicious. It knows how to find the right buttons to push, aiming to drive its targets to a breaking point where they would do anything to end their suffering, even opening the door.

As said above, the relentless tension is either a positive or negative for the reader. If it’s positive, then they are in for quite the ride. The creature’s tactics very much resemble a down-to-earth nightmare. Its weapons are the voices it can imitate to try and fool Felix and basic fear and scare tactics. It calls out and knocks incessantly and at irregular intervals. This sounds basic, but it works wonders.

When the reader starts getting used to these simple scares, Blackwell throws in another surprise to keep things fresh. The thing hardly ever enters a house, but it uses its influence over Faye to raise the stakes and wear her and Felix down, physically and emotionally. The reader and Felix hardly see its physical form, creating a Jaws effect by leaving it to the readers to imagine what it looks like. In these ways, it’s like a modern-day boogeyman.

Stolen Tongues is already set for a feature film adaptation, as it should be because this story has to have been written for the big screen. It may even turn out better in a movie format as much of the story reads like a novelization of a movie script. It’s a pulse-pounding story, one that would be safer to read in a breakroom surrounded by co-workers instead of in bed in the dead of night, where the naturally occurring sounds both inside and out of the house will be enough to make one listen for familiar voices and tappings at the window.

This isn’t an overly bloody novel, and what blood there is will be left to the imagination. Fans of horror should definitely read. Felix Blackwell is still a fairly new author, but with this novel, he’s proven his work is one of a kind and worthy of a reader’s time. It’s a page-turner from beginning to end and one that’s hard to put down. 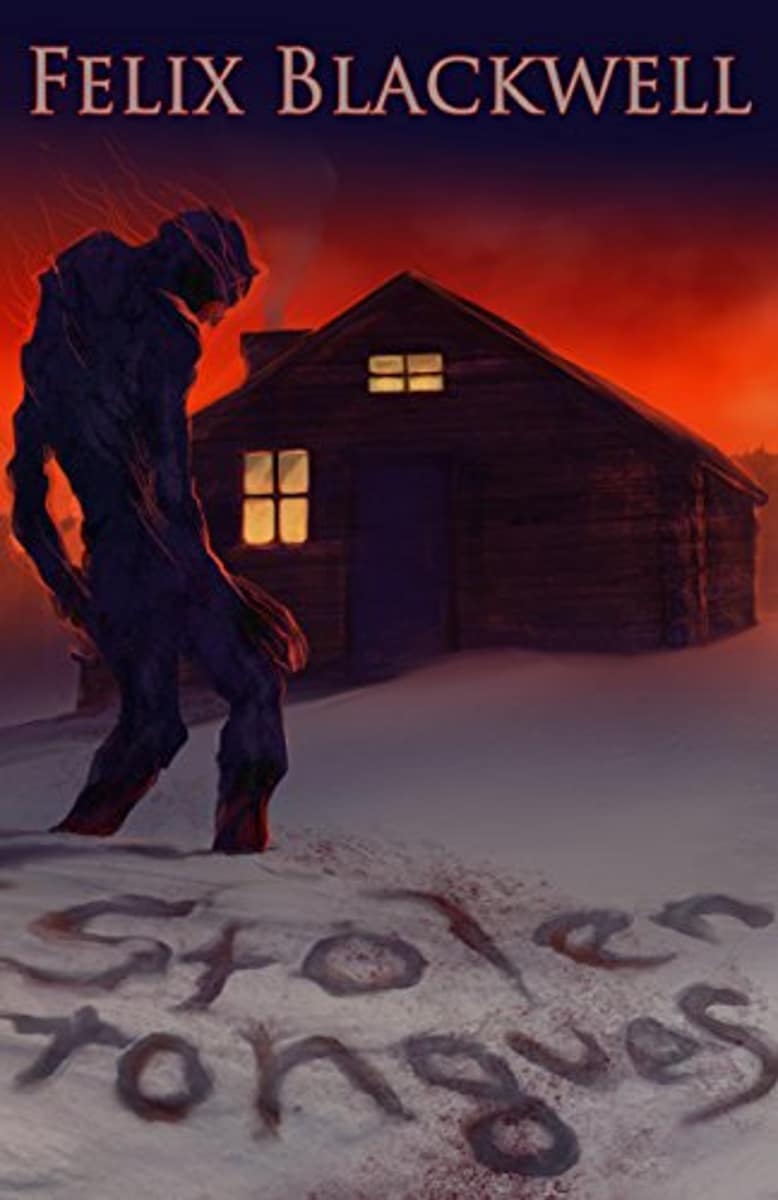 previousThe Relic (1997): A Review
nextUnder the Dome: A Novel Review