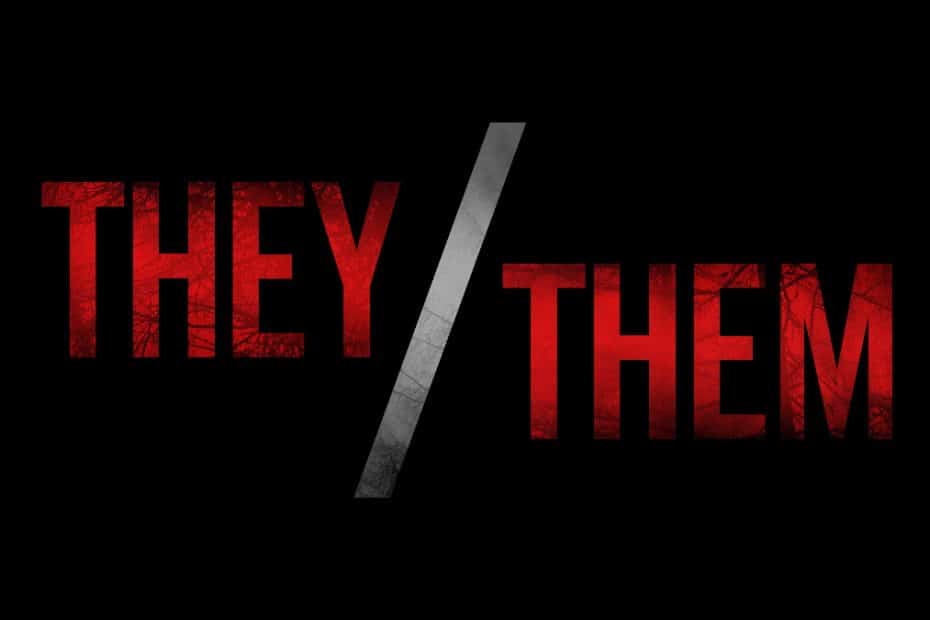 This August, Terror is for Everyone!

Fans got their first look at the new LGBTQ+ horror film They/Them (pronounced “They Slash Them“) when the first trailer dropped this week. They have eagerly been awaiting this film for a while now and it will soon hit Peacock. Kevin Bacon stars as the head of a gay conversion camp in this film designed to empower individuals of the LGBTQ+ community. Here is what we know so far.

According to the plot synopsis, this new slasher will follow a group of queer youths forced to attend a conversion camp run by Owen Whistler. The goal of this camp is to convert the teens from trans to cisgender and homosexual to heterosexual. None of the youths want to be there but will find it far worse than they could have imagined when fellow campers begin turning up dead. The group will have to fend for themselves as a killer is on the loose, and the counselors may be even less trustworthy than they already appear.

Kevin Bacon will star as Owen Whistler, a good-looking man in his 50s with a calm ease about him. He is described as being perceptive, yet kind and is the camp’s owner and head counselor. Alongside Bacon will be his camp counselors played by Carrie Preston and Anna Chulmsky. Chulmsky’s character has been called “Nurse Molly ‘,’ a competent yet intense individual.

As for the campers, Theo Germaine will play Jordan, a proud and unashamed non-binary character who will be the leader of the teens. They are described as smart, resilient, secure, quick-witted, and natural-born leader who doesn’t back down. Another character who goes by Alexandra, whose actor is unknown at this time, is a 17-year-old transgender woman who is fashionable and hates the outdoors. She’s effervescent, bold, confident, and authentically herself. Other actors playing campers include Darwin del Fabro, Quei Tann, Austin Crute, Monique Kim, Anna Lore, and Cooper Koch. They/Them obviously took inspiration from Friday the 13th, so it makes sense that Kevin Bacon would have a starring role as the original film served as his debut. Another film that helped inspire this coming feature is Sleepaway Camp, which was also set at a summer camp and featured what may arguably be the first transgender slasher.

The trend of featuring a deranged individual murdering innocents due to their transgender identity has been a toxic one for a long time. Considering They/Them will be set in modern times, it will likely put an end to this dangerous trend and show LGBTQ+ individuals in a more positive light within the horror genre.

The film has a very important chance to undo some of the harm caused by the toxic subgenre by presenting an empowering story revolving around queer characters. Director John Logan discussed this in an interview, explaining just how important this movie is to him and the community.

“They/Them has been germinating within me my whole life. I’ve loved horror movies for as long as I can remember, I think because monsters represent ‘the other’ and as a gay kid, I felt a powerful sense of kinship with those characters who were different, outlawed, or forbidden. I wanted to make a movie that celebrates queerness, with characters that I never saw when I was growing up. When people walk away from the movie, I hope they’re going to remember the incredible love that these kids have for each other and how that love needs to be protected and celebrated.”

That being said, They/Them could turn out to be a new gem within horror. Not only is it rare for queer characters to be featured prominently in horror, but it also seems rare to feature friends and other characters who genuinely care for one another. If the film features as much terror as it does heart and emotion, then it’s sure to become an instant classic when it lands on Peacock this August.