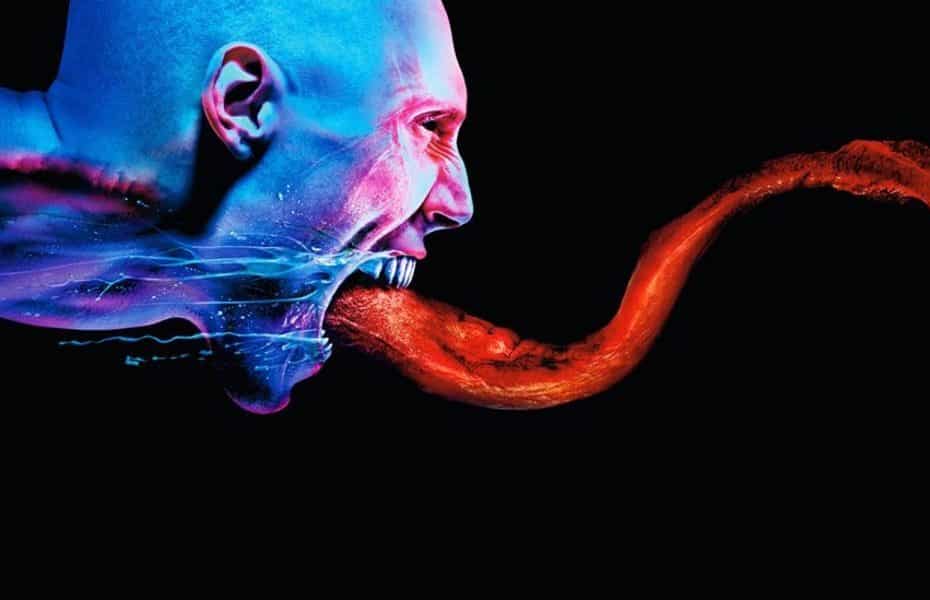 All the Odd & Unique Blood Suckers of Games, Films, & Comics

Vampires are some of the most famous monsters in fiction. Ravenous bloodthirsty creatures that hide in a shroud of humanity, they have been known since the early ages of literature, myths, and much recently film and video games. Vampires have different myths and legends around the world, either as feral beasts or human disguises.

Depending on the stories they’re in, vampires can be bat-like monsters or elegant human looking monarchs that rule over their territories like count Dracula. Their powers and weaknesses can also diverge so long as certain recognizable traits remain such as fangs and a drinking blood either from bites or worse. Humans can also turn into vampires either from bites, a curse, or a vampire transferring their blood.

10. The Eyeless Mole-Like Vampires From Priest

In this alternate world, swarms of eyeless vampires drove humanity into an apocalypse until the Church trained formidable “priests” to repel them. These vampires have more in common with Xenomorphs than classic vampires. Like Xenomorphs, they have a queen with a unique head frill and live in hives. These creatures can turn humans they feed on into familiars. Only the main villain, Blackhat, became a half vampire immune to sunlight after being force fed the blood of the queen.

9. The Monstrous Chiropterans from Blood+

In the anime series Blood+, the Chiropterans are hulking, bat-like beasts that operate like a hive with a queen that’s in charge of the bloodline. The queens can turn humans into Chevaliers, which are special Chiropterans that are just super powered humans that follow their respective queens. One known queen is the main character Saya and her blood is toxic to the Chiropterans not connected to her.

8. The Powerful Revenants of Code Vein

Players in Code Vein are members of a vampire group known as Revenants. They are generally ageless and retain their human form until they succumb to their bloodlust. After this they mutate into many different types of creatures and are known as The Lost. Revenants can reform their bodies after death and can only truly die if the parasite that lives in their heart is destroyed.

The vampires encountered in Vampire Rain are known as Nightwalkers and they prowl around a city. Nightwalkers generally keep a human disguise until they encounter the special forces or unsuspecting humans and then quickly kill them. Nightwalkers are quickly dispatched with weapons infused with UV rays. The death of a Prime Walker will cause every Nightwalker connected to them to die as well. Natural born vampires can be immune to sunlight and resurrect from a single drop of blood even after turning to dust. 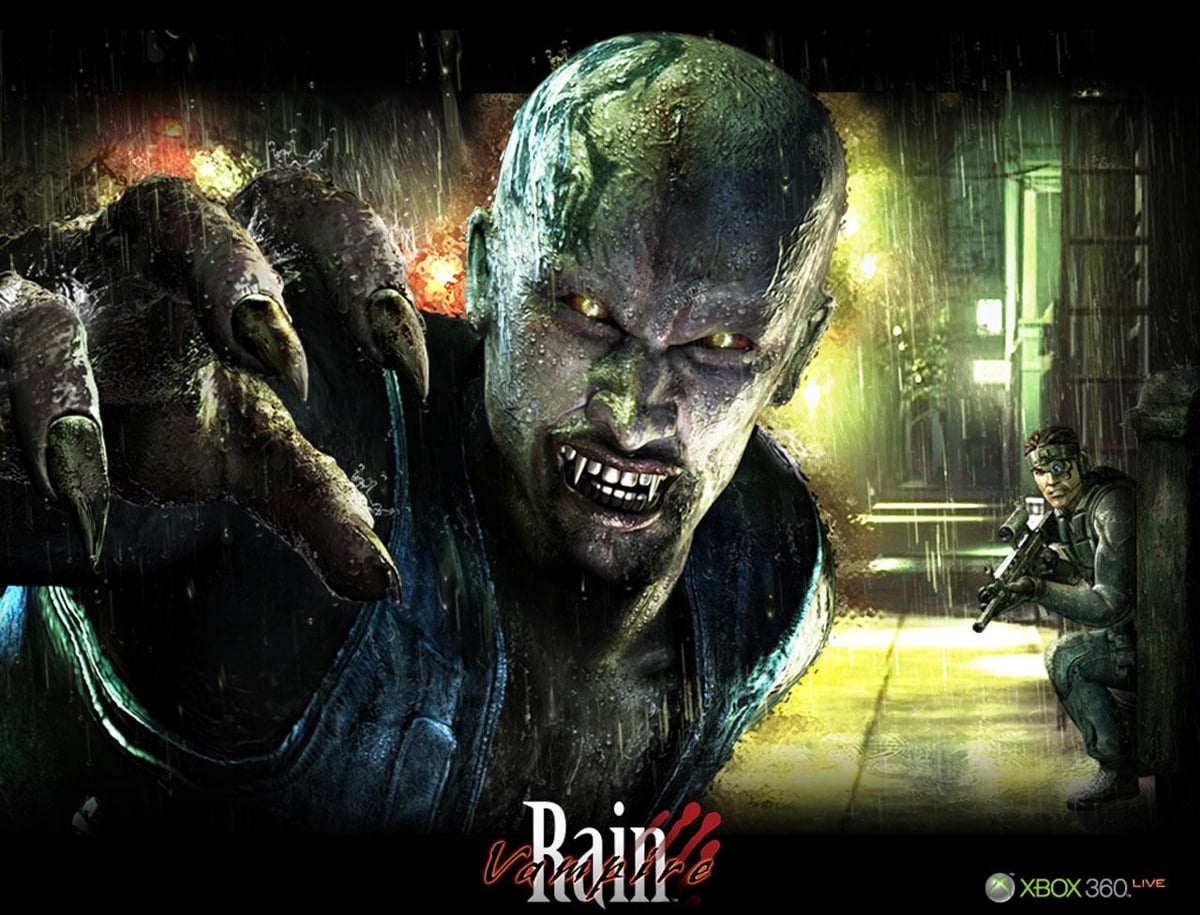 6. Vampire Worms From the Strain Series

In the Strain TV series, vampires are ancient beings that are hosts to a strange, parasitic worm that feeds on blood. When on the attack these vampires can launch long prehensile tongues that help drain blood and transfer the virus from the worms that turn humans into vampires. These vampiric worms are similar to the Las Plagas from Resident Evil 4.

In the movie Daybreakers, vampires have taken over the world and humanity is farmed for their blood. As society changed for vampires, the impending extinction of humanity caused a resource crisis. It’s revealed that vampires deprived of blood start becoming monsters called Subsiders that attack anything including other vampires. Their human forms twist into bat-like faces, elongated ears, and their arms deform into wings.

4. Vampires of the Marvel Universe

The vampires of the Marvel comics come in many different varieties. In most cases, vampires originated from a biological pathogen that causes humans to become immortal blood suckers. Examples include Morbius the living vampire, who gained vampiric abilities after a failed experiment to cure his illness. He also turned Blade, who went on to be a vampire hunter in the comics.

Lady Dimetrescu is a combination of many classic vampire traits, from long life to blood drinking. Her daughters also have many of the traits associated with atypical vampire tropes and their castle is reminiscent of Transylvania. Dimetrescu has abilities associated with vampires and can also transform into a winged monster.

2. The Vampire Species in The Witcher Series

One of the many monsters Geralt faces throughout The Witcher series are two types of vampires. The lesser vampires are savage predators that grow stronger as they age. Higher vampires have immaterial bodies that can alter to whatever they need. They are ancient, near immortal beings that don’t have the classic weaknesses of vampires and have their own culture and traditions. More aspects of this culture are shown in The Witcher 3 expansion, Blood and Wine.

1. The Terrifying, Shark Mouths Vampires From 30 Days of Night

Vampires in the film 30 Days of Night are a mix of the well dressed classic iterations and being the fast zombies from the Dawn of the Dead remake. They are shown as pack hunting predators that communicate with clicks, howls, and their own language. Instead of a pair of fangs, their mouth is lined with sharp teeth to tear into their victim’s throat. Humans bitten or injected with their blood become vampires and ways to kill them include decapitation and sunlight. 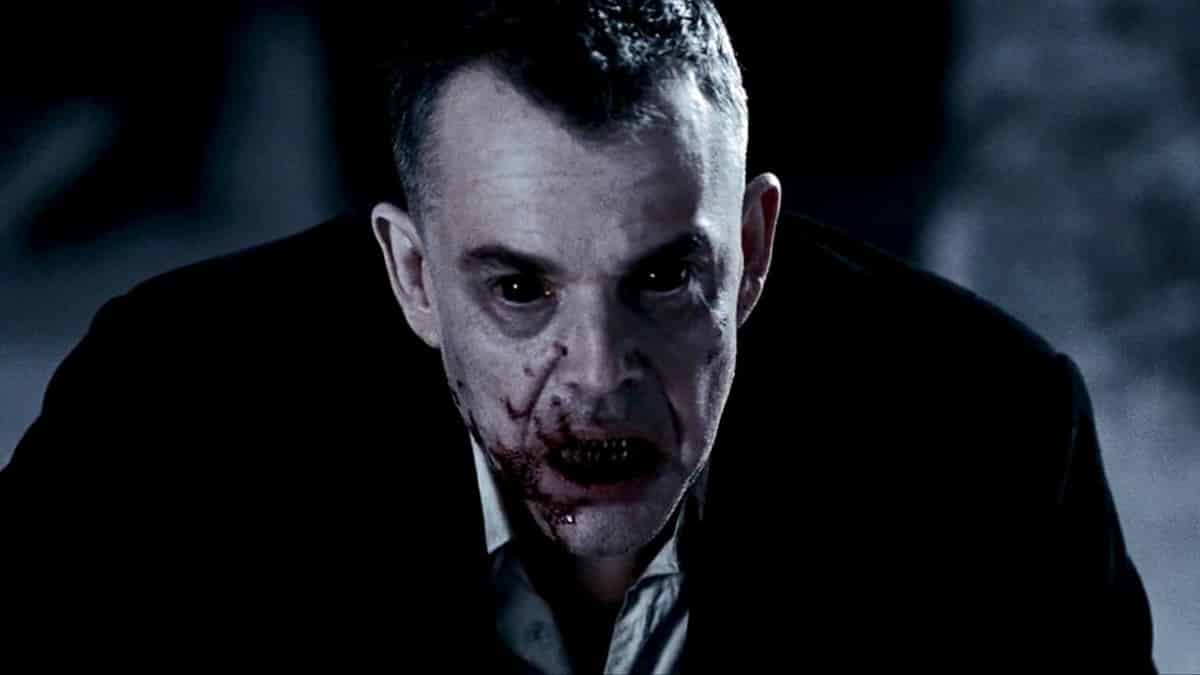