Home > In Defense of Bad Sequels

In Defense of Bad Sequels Long heralded as the greatest horror film ever made by critics, The Exorcist has been endlessly parodied, copied, and scrutinized. The sequels? Most horror fans pretend those don’t exist. The 1977 sequel, Exorcist II: The Heretic, earned a pathetic 3.8 on IMDb, probably the best example of an unnecessary, cash-grab sequel. Or was it?

The original film’s director, William Friedkin, was less than kind when he called the John Boorman-helmed sequel “ridiculous and stupid.” Novelist William Peter Blatty had nothing to do with it. Is it really as terrible as people claim? Well, yes, but we need to go back to the first film for some context and perspective. Fans might have fled the theater in 1977 for a refund, but in 1973 they were running out in legitimate terror.

However, we were so busy cowering under theater seats or passing out in the lobby that we never noticed The Exorcist’s internal logic doesn’t add up. There is one nagging fact that goes unnoticed by fans and reviewers alike, not highlighted even by the sequels’ few defenders. Despite the title, there are no successful exorcisms contained within the entirety of Friedkin’s film. Not one. Not even close. Furthermore, the demon mocks Father Karras after it kills Father Merrin, driving Karras insane. Did we just watch Satan win?

When your film ends with your protagonist pummeling a little girl, it highlights the film’s glaring flaws. Exorcisms don’t appear to work in this universe. Trying to eradicate possession has been shown in this film to be as effective as stamping out the common cold by screaming bible verses at white blood cells. Father Merrin fails his lifetime quest to battle the Devil, and Karras is overwhelmed by impotence. It’s a powerful ending, but the sacrifice of Father Karras is ultimately in vain.

Merrin was no match, and he’s the greatest demon exorcist in the Catholic Church’s roster. That twist goes a long way in showing how powerful a force of nature the demon is. Too far maybe, because it also creates a narrative dilemma. Karras fends off a possession, but only long enough to jump out a window. However, that begs the question: can you “kill” the Devil?

I’m asking because the film never says so. The film is littered with insinuations and hints to haunted houses, “gray horses,” (a veiled biblical reference to The Book of Revelation), and Ouija boards, but shrugs off the fact that Satan selects whom he wants, when he wants. He’s been doing it for time immemorial. He does it for fun. You would be forgiven for assuming Karras’s death accomplished nothing, another notch in Satan’s belt. Blatty sure didn’t think much of it; he wrote and directed a sequel, bringing back the Karras character in a roundabout manner. 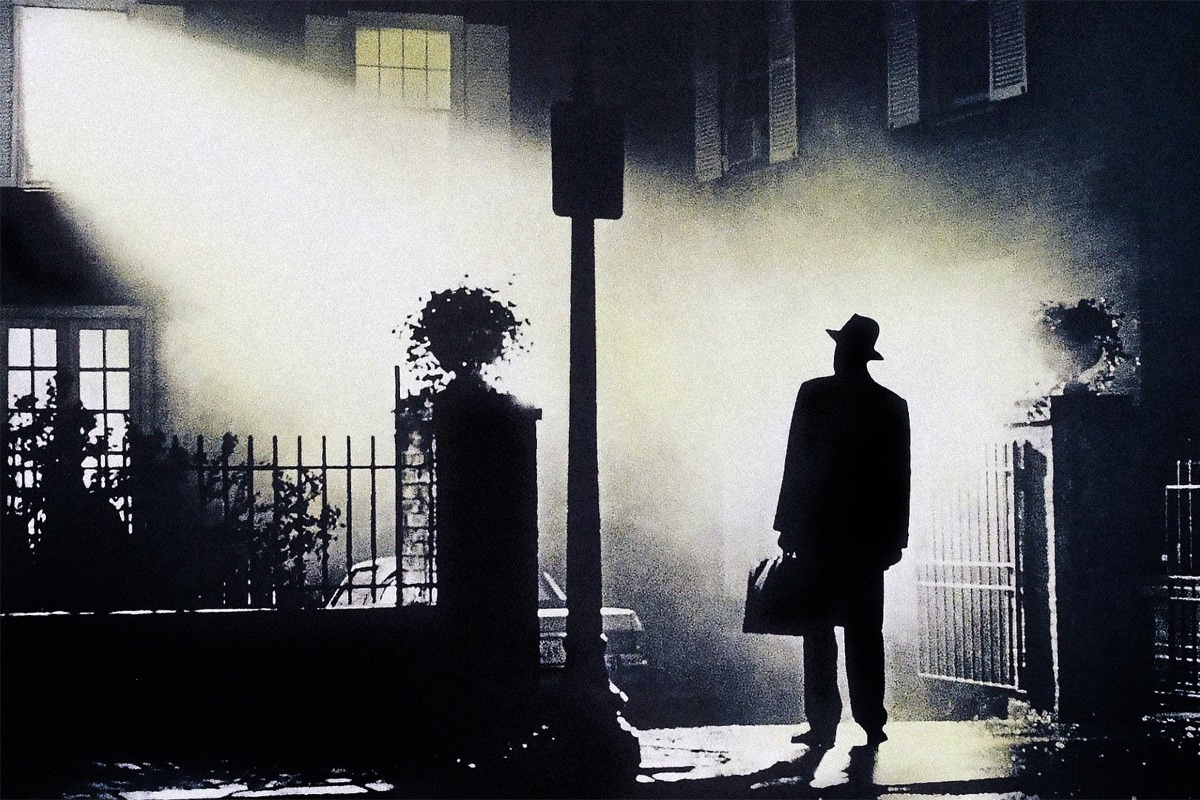 The climax presents a lot of questions the film probably never intended to address, and is incapable of answering. Friedkin went the ambiguous route. All the wacky doo-dads, mumbo jumbo, and exotic rituals in Exorcist II: The Heretic make a little more sense when you think about it. Regan is desperately looking for answers, not unlike a terminal cancer patient seeking unregulated treatments from quacks. It is established in the first movie that mainstream science failed her. The story is not complete by any stretch of the imagination. And boy, did John Boorman have an imagination to fill in those gaps.

Karras’s demise might just as easily be interpreted as a suicide rather than a self-less act. He’s completely lost faith in everything, he has nothing left but guilt. The good guys did not vanquish the enemy. There is no specification in any Catholic teaching nor ancient mythology (at least none stated in the film) that repossession is impossible. Interestingly, rather than deny Karras the evidence needed to authorize an exorcism, the demon obliges him, speaking in tongues, inviting it.

Regan is no safer at the final scene than at the start of the film. To its credit, the 1977 sequel realizes her ordeal is not over. The Exorcist, on the other hand, ends in a deceptively-upbeat ending, despite the fact Regan isn’t cured, forced to live her life in nihilistic fear of a repossession, or suffering amnesia, forgetting that the events ever happened–her PTSD neatly explained away in the closing scene. The happy ending feels like a cop out.

The film’s greatest strength, its ambiguity, is also its weakness. You can blame the sequel for its silliness or cheesy over-the-top take on supernatural possession, yet not even the original film has any clear set of ground rules defining how possessions are supposed to function. And a similar argument could be made for the first Michael Myers and Freddy Krueger films, which also later inevitably went down their own increasingly convoluted rabbit holes. And when your horror villain can’t die, you leave the door wide open for sequels. Friedkin would have made a great Marvel director.

The Exorcist was begging for real catharsis. There’s perhaps no greater testament to the craftsmanship of William Friedkin and the performances of stars of this film that we never noticed the crucial conflict of the plot was left unresolved and glossed over. 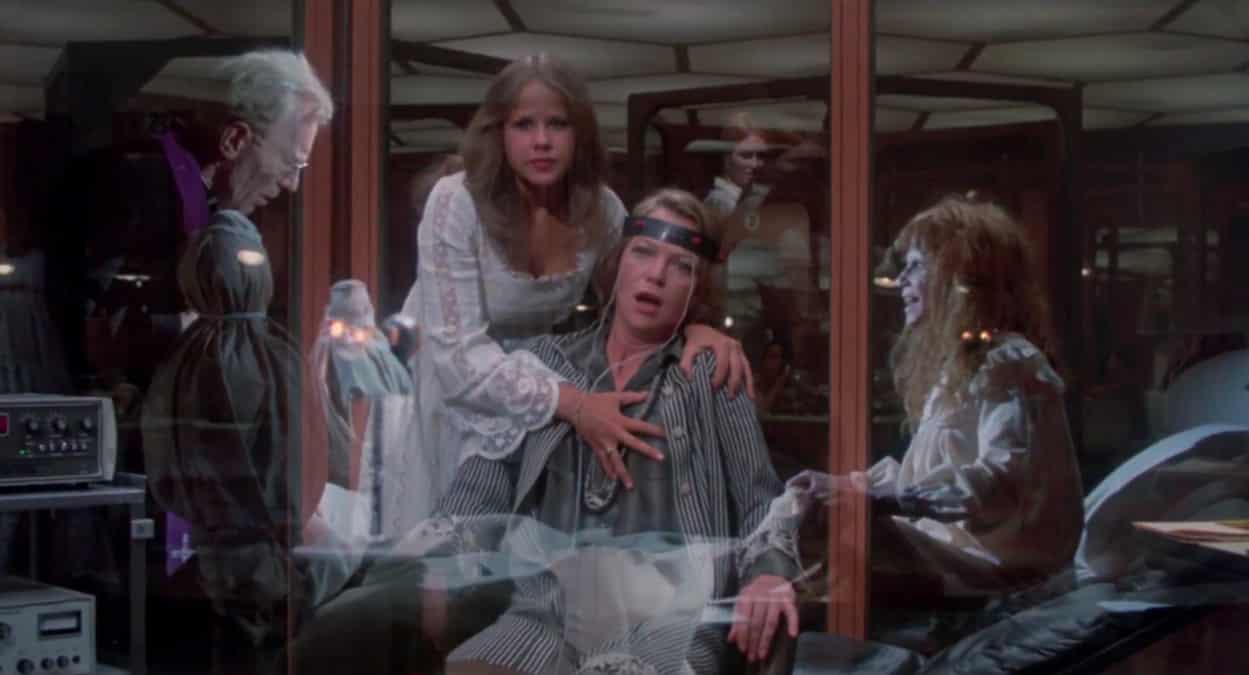