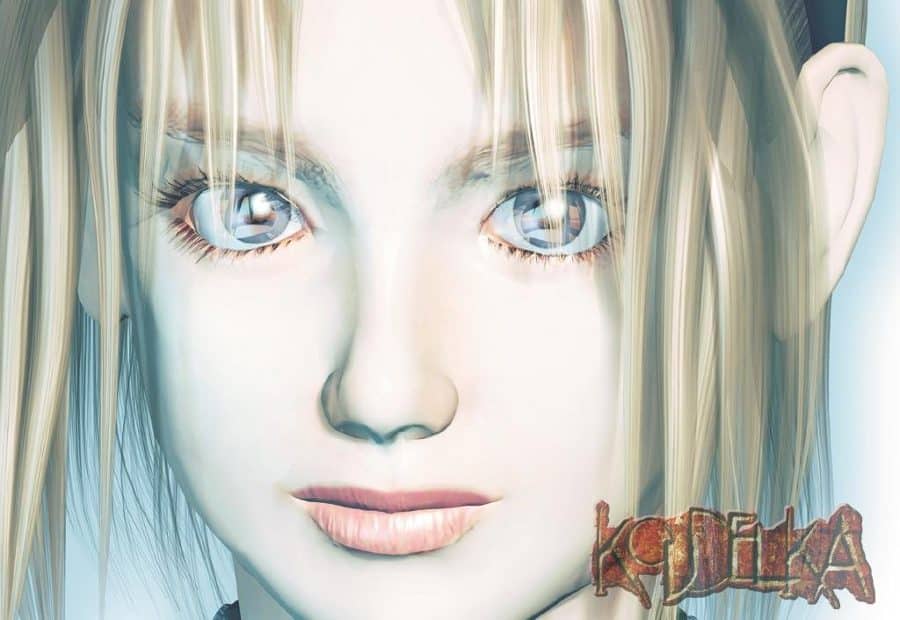 The 90s were a major period in horror video game releases. With the success of Resident Evil, its style and gameplay was implemented in many different games and series. Survival horror has been combined with other genres and by 1998, some of these games are Japanese RPGs Like Parasite Eve.

RPG horror games are generally more action based, only containing grotesque imagery with graphic depictions of violence and body horror. One unique RPG that shows these elements is Koudelka, prequel to the story of Shadow Hearts.

Hiroki Kikuta made his company Sacnoth to develop this game. As the lead developer, Kikuta produced, wrote, and composed the soundtrack of Koudelka using his experience as a former employee of Square. Koudelka also had a full english voice cast that brought more emotion and plot to the story.

Because the setting and atmosphere of Koudelka is mostly in a castle in Wales, the staff of Sacnoth traveled there to take notes, find inspiration, and bring as much aesthetic authenticity as possible to the game. As a result, Koudelka takes place in a real life location called Aberystwyth in Wales.

The story follows Koudelka Iasant, a gypsy psychic drawn to Nemeton by the spirit of a woman. In the former monastery and mansion, she meets adventurer Edward Plunkett who was searching for treasure when he was attacked by a monster. After rescuing him and healing his wounds the two explored the castle and met a Bishop named James, completing the party for the remainder of the game.

Koudelka and her compatriots continue to uncover the dark history of the monastery and the origin of the monster infestation. Haunted by victims from the dark ages, when they were imprisoned and slaughtered, to recent times when a gruesome ritual was taking place, the area is filled with monsters and spirits for Koudelka to overcome. 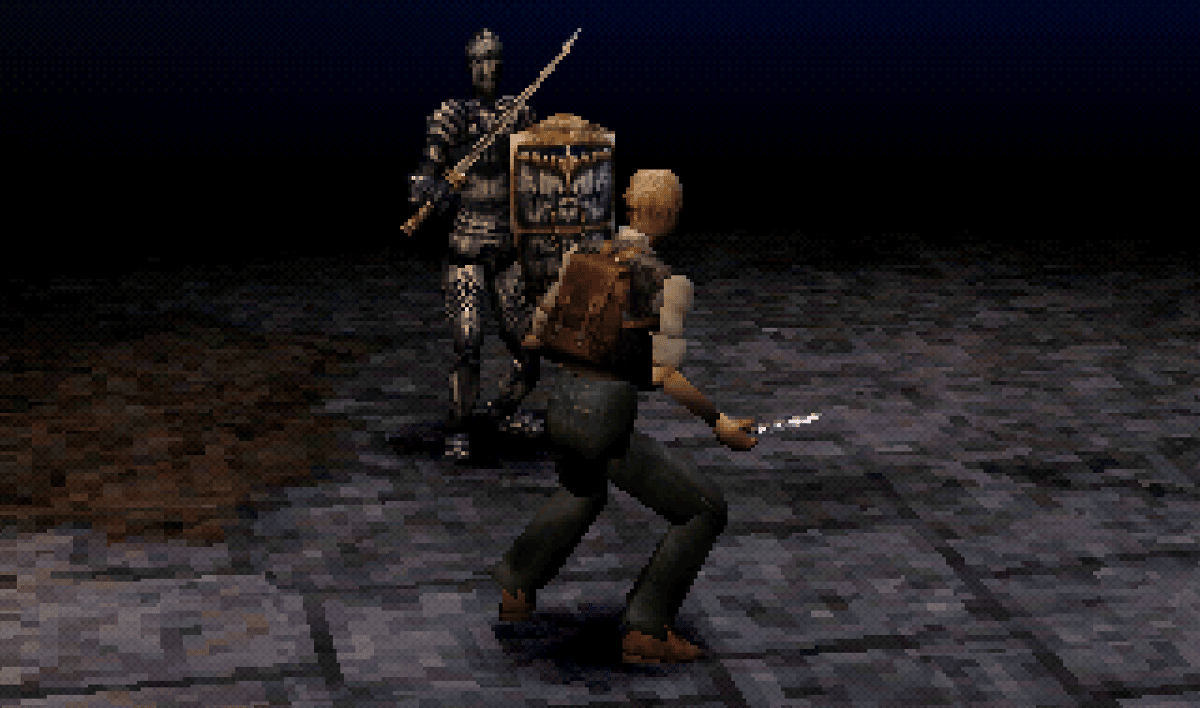 Koudelka is one half exploration in a pre-rendered environment and one half strategy combat, being similar to other RPGs in the genre. The exploration takes cues from Resident Evil with camera angles emulating the suspense of being watched as you navigate the Mansion and Monastery area. Environments are very well made and feature subtle details all around from used tools to blood stains and bones.

Enemies are fought in random encounters as players explore the environment. When battle begins, the party members and monsters are placed on a grid where they can be moved across the area. Depending on weapons and abilities, characters would need to be closer or further from the targets. The level up system is also fairly unique in that increasing stats too one-sided could have an adverse effect.

Koudelka as a game was developed to look like a Resident Evil clone, but that’s only surface level. In truth, Koudelka was an ambitious take on the RPG genre that showed an intriguing amount of detail. At the time, Japanese RPGs were known internationally as fantasy/sci-fi adventure stories that span across a massive world to explore. Koudelka defines itself from the rest both in scale and tone.

Koudelka is one of the darkest RPG stories in the PSone era, discussing the darkness of death and how people respond to it. All of the characters in the game are portrayed as complex characters. Koudelka’s backstory made her a snarky nihilist and Edward is a self serving treasure hunter. The most complex is James, a bishop with a bigoted view of people in the world.

Koudelka is a fun and beautifully created game. So much about it is unique to itself that it wouldn’t be considered a straight Resident Evil clone. The soundtrack is very memorable and the voice acting adds to the characters in the game. The character’s complexity made them sympathetic and relatable, making them some of the best RPG characters of the PSone.

Although the game isn’t scary by definition, many aspects of it from monsters’ grotesque design, the eerie atmosphere, and the horrifying implications of the mansion and monastery are all key factors to Gothic Horror. Koudelka is a definite must buy for vintage horror game collectors on the PSone. Although Hiroki Kikuta couldn’t complete his original vision, the story of Koudelka continues through Shadow Hearts. 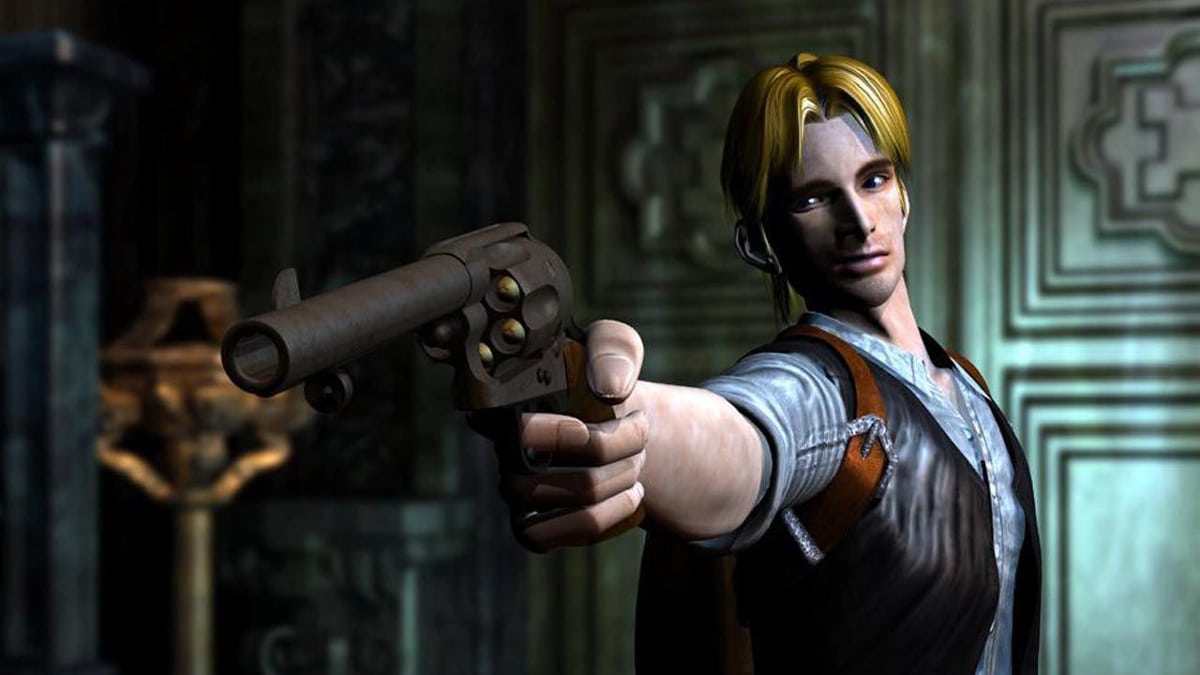