Home > Actors Who Regretted Their Roles

Actors Who Regretted Their Roles 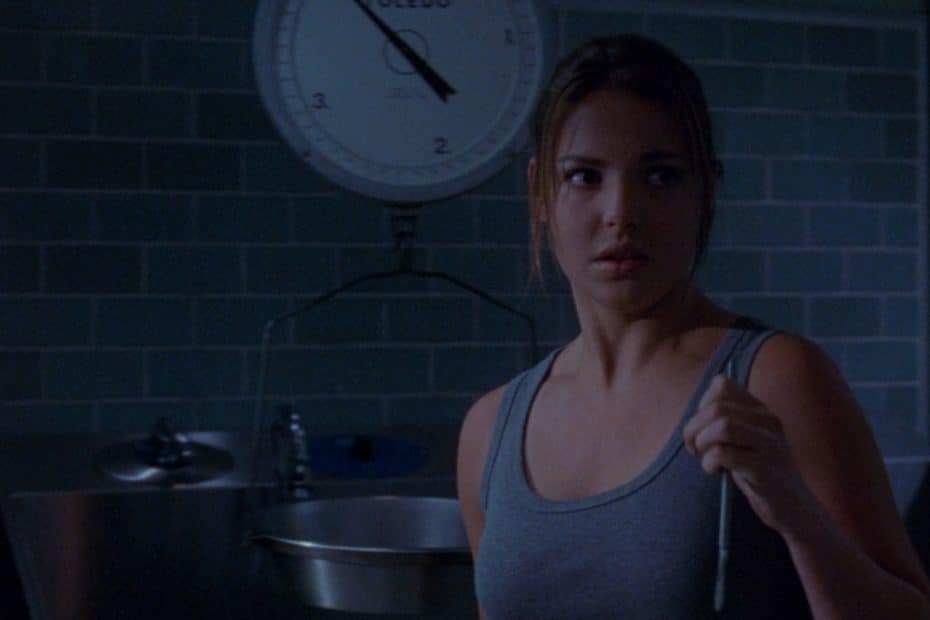 Not Every Role is a Winner...

There is certainly no shortage of bad horror movies. If there is a concept, holiday, creature, or trend, there’s a good chance it’s been made into a movie. Rumpelstiltskin anyone? The Syfy channel is full of them. There are plenty of fans who love bad horror, though. Take Leprechaun for example. By no means of the imagination is that a good movie. It’s not scary and the acting sucks.

Despite this, it has a loyal cult following and it somehow spawned one of the most popular horror franchises. Leprechaun is known for a few things, the most notable of which being Jennifer Anniston’s debut film. It also happens to be the Friends star’s biggest regrets.

Oscar winners Renee Zellweger and Matthew McConaughey both starred in Texas Chainsaw Massacre: The Next Generation, a sequel to the classic horror franchise only made memorable by the fact that the two stars got their start in it. These three are not the only notable actors to have landed regrettable parts in horror, though. Here are five other actors who hated their parts in bad scary movies.

This forgotten 2001 film starts in the late 80s at a school dance where a nerdy boy named Jeremy strikes out with four girls in succession. He has more luck with the fifth girl, getting to first base underneath the bleachers. When they are discovered by bullies, the girl, fearing ridicule, lies and says she was assaulted, resulting in Jeremy being brutally beaten and stripped in front of the entire student body. Cut to the year 2001, the girls who rejected him are grown and find themselves the target of a murderous stalker.

Kathrine Heigl plays Shelly Fisher, one of the girls who had shot Jeremy down at the dance. Heigl received top billing for her part in this film, despite only being in it for ten minutes and only needing three days to film her scenes. Despite this, she has cited Valentine as one of her most hated films. Before taking the role, she had failed to read the entire script and found the final product less than desirable. Heigl may have a history of criticizing her own films, but with only a 12% score on Rotten Tomatoes, perhaps her ire here isn’t misplaced.

Hollywood’s silver-haired fox has had his share of bad movies, but this film from his earlier years was so bad that it earned the rare 0% on Rotten Tomatoes. Wishing to avenge the defeat of his nefarious vegetables in the last film, the evil doctor Gangreen finds a way to empower his tomatoes with the same method that led to their defeat. However, standing in his way to revenge is pizza man Chad Finletter, who is tasked with saving the world, and his tomato girlfriend. This 1988 dud saw Clooney shamelessly advertising product placement as Chad’s best friend, Matt Stevens.

This isn’t the actor’s favorite role for obvious reasons, and he cites his part as having been determined by the age-old enemy of budding actors – money. Struggling actors aren’t afforded the luxury of being picky when they are just starting out, and Clooney knew this early on. Despite his disdain for the film, he surprisingly does not regret it. He would later say that starring in a variety of bad movies allowed him to explore multiple genres without getting pigeon-holed. Given his success in his four decades of acting, Clooney is a shining example of why it’s good to be grateful for both the good times and the bad. 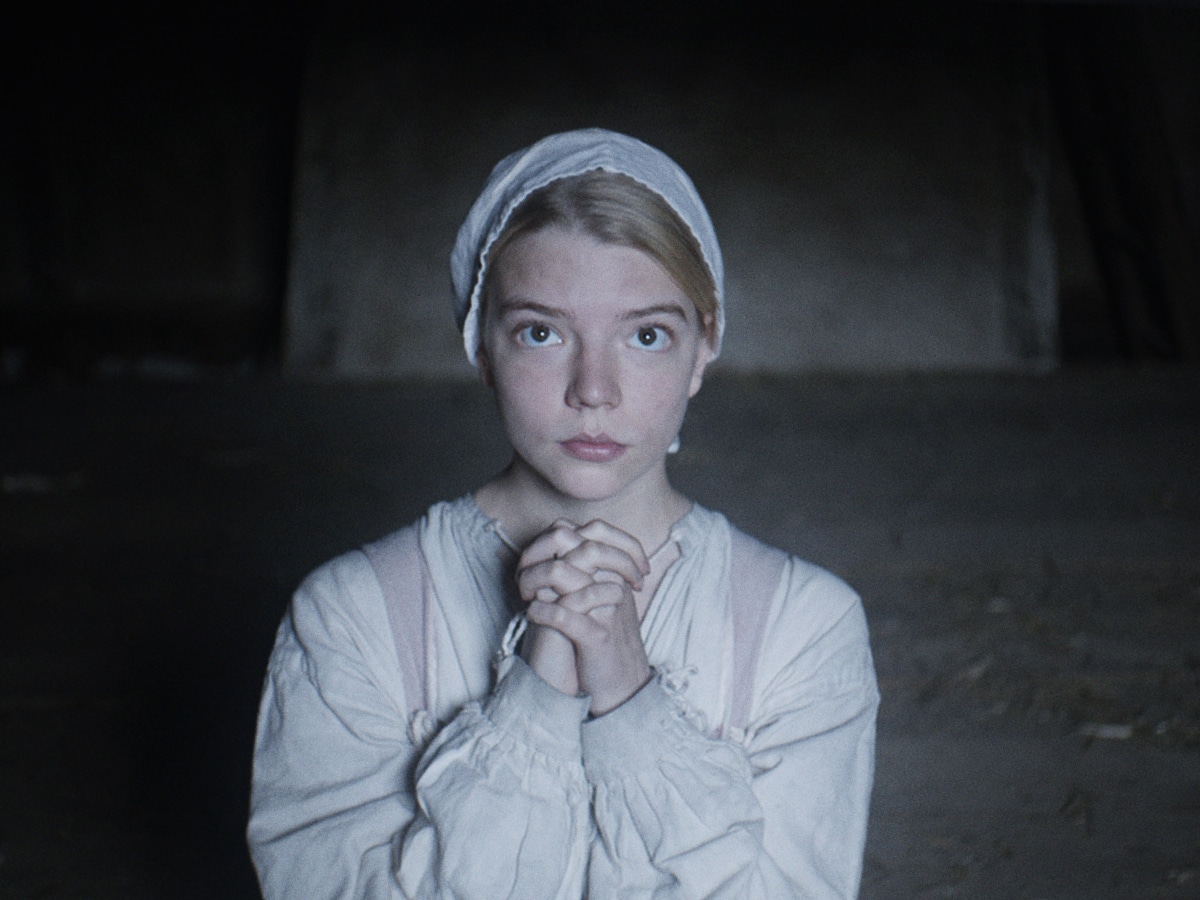 This may be one of the most surprising entries on this list. The story revolves around a family of devout Christians living in isolation in the 16th century when strange occurrences begin taking place on their farm. After horrible strings of misfortune plague the family, they soon begin to suspect witchcraft is at play. With no one else in sight, the family soon turns on each other. While many fans were divided on the film due to its hard-to-understand dialogue, the film became an instant classic for Robert Egger’s unique style of terror.

Despite its success, Anna Taylor-Joy saw the end of her career after her first viewing. Actors can often be critical of their work, with some refusing to watch their own performances. Anna hated hers so much that she thought she would never get hired again. Fortunately, things seemed to work out for the best, and she’s now one of the most in-demand actresses in Hollywood. Perhaps she needed to take a page out of George Clooney’s book and appreciate this picture a bit more. She is still young, after all.

Yet another cult favorite loved for the wrong reasons. The third sequel to Steven Spielberg’s hit film Jaws follows the oldest son and widow of the late Sheriff Brody in the Bahamas after Sean, the youngest of the Brody children, is killed by a great white. Believing the shark to be out for revenge against the Brody’s, the family gets ready for a final battle with the beast that’s haunted their lives for years. Jaws: The Revenge is one of those films that has somehow fallen into the category of being so bad it’s good.

While this type of movie does have its fans, Michael Caine isn’t one of them. In fact, he’s never seen it because he knew it was garbage. The only reason he took the role is that the hefty paycheck it got him bought his family a nice trip to the Bahamas. Fortunately, this picture didn’t hamper his career. He was a decorated thespian then and has added even more accolades to his resume since.

It may be surprising that the original final girl herself hated a Halloween movie so much, but anyone who has seen this film knows she is more than justified. Following the events of Halloween H20, this sequel from the early 2000s takes a hard left turn and pretty much abandons everything that made its predecessor good to see Michael Myers stalking the cast of a reality TV series around his childhood home.

This may have been a completely different film if its star had wanted to be a part of it. When Jamie Lee signed on to do H20, she had done it under the promise that she would get to kill Michael Myers, effectively ending the story between the character of Lori Strode and the killer. She understandably wasn’t too happy when Dimension films approached her with a sequel, she absolutely hated the idea. The only reason she was in it was to satisfy her contractual obligation. She insisted that Laurie die on screen so her character would not return, which is why she died in the opening scene. It would have been understandable if Curtis had never wanted to touch the property again.

Luckily, she had agreed to return for Joseph Gordon Green’s Halloween trilogy that will officially close the story of Laurie Strode and Michael Myers.