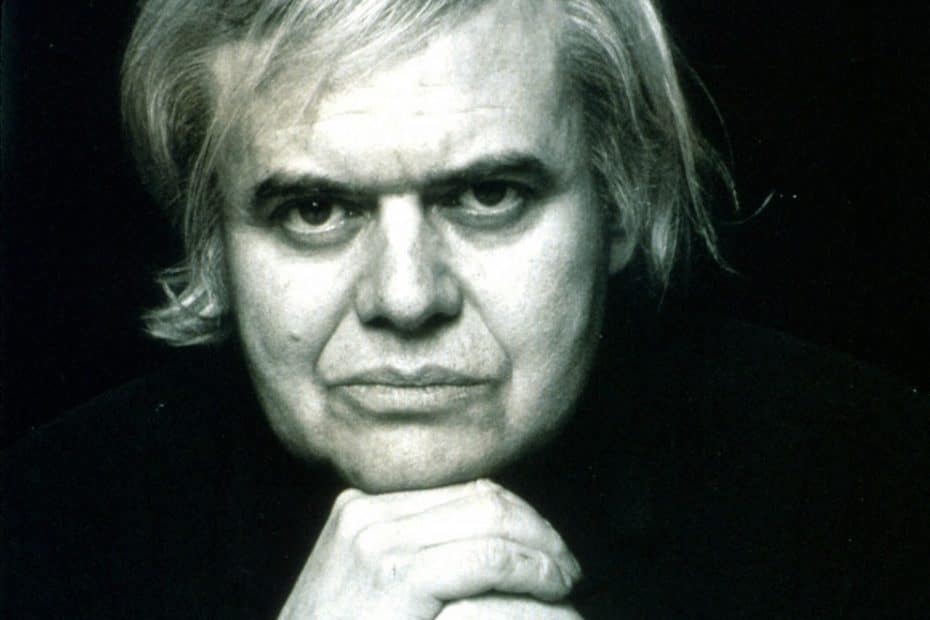 Hans Ruedi Giger was a prolific and inspired artist of science fiction horror and surrealist imagery. Also known by H.R. Giger, his work in biomechanical anatomy and sketching surreal environments have been a subject of inspiration for many works of art and literature. Many of these works have been reprinted throughout his life.

Giger’s unique biomechanical style for creatures and environments lends itself very well to science fiction horror due to the unnerving effect of the uncanny valley. His work will live on as the key element of one of the most iconic monsters in cinematic history, the xenomorph from  Ridley Scott’s Alien.

The Life & Death of H.R. Giger

H.R. Giger was born in 1940 and was raised in Chur, the capital city of Graubünden in Switzerland. When he was 22 years old, Giger studied architecture and industrial design in the School of Applied Arts in Zurich. During his time as a student he turned to airbrush sketch work as art therapy.

By 1969, Giger became internationally recognised for his unique and surrealist work, which brought him into the production of Ridley Scott’s film Alien. Giger will be credited for the set designs, creature design, and life cycle process used throughout the franchise. By 1998, much of his art and sculpture works became a part of the H.R. Giger Museum and he continued to add to it along with his wife until his death in 2014.

The Creative Mind of H.R. Giger

H.R. Giger’s main style is hybridizing the humans to mechanical objects, taking his knowledge of architecture and interconnecting it to the human body. To this end he worked with his partner and muse Li Tobler, a swiss actress who was the subject of a lot of his sketches until her death.

H.R. Giger often created his work from personal nightmares he had as a child and his fascination with human anatomy from mummies to skulls. Many portraits of his creatures and environments are Mechanically augmented human organs, bones, and genitals. It’s the genitalia based art that really earned Giger’s place in surrealist body horror due to how visceral most of it looks. 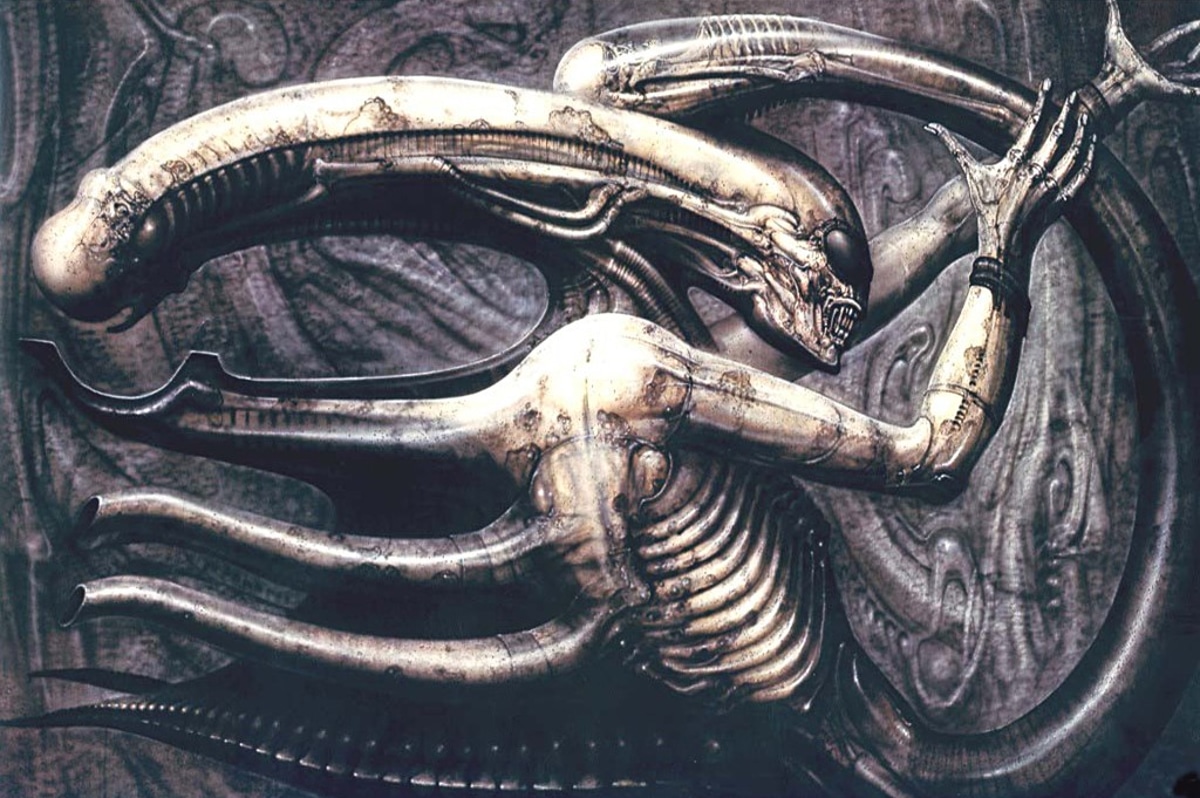 The First Concepts of the Alien

In The Necronomicon, one print from the book called Necronomicon IV was the basis of Ridley Scott’s new creature for his film. This creature had an elongated head with a phallic shape, an external humanoid skeleton body, and mechanical tubes coming from its back.

Ridley Scott took notice of the sexual overtones of the design and had Giger on the project, designing other elements including the Space Jockey and derelict spaceship. The film Alien has violent sexual themes to it and Giger’s designs were perfect at reflecting the idea of a creature that treats sex and death as the same terrifying thing.

Aside from Alien, which was treated as his Magnum Opus, Giger has been noted for other works that are either inspired by him or taken directly from his art with his approval. One example is a point and click adventure game called Dark Seed where the protagonist is caught between the normal world and a nightmarish “Dark World” and attempts to solve its mysteries.

Other works Giger has done include several book collections, A permanent museum in Switzerland, and several other films from Species and Tokyo: The Last Megalopolis. In these films he’s often brought in for his stylistic designs for monsters and kill sequences.

H.R. Giger has been recognized as an amazing artist with a unique surrealist style to his work. He has cemented a lasting legacy in his art that has been represented in most forms of media. While his most popular work is the Alien monster from the films, many of Giger’s other projects are noteworthy and worth looking at.

The worlds and creatures of Giger’s mind and imagination are both horrifyingly demented and beautifully surreal. Many artists base their nightmarish ideas after Giger’s imagery and an upcoming independent video game named Scorn will be released October 21st this year that feels like it was created from one of his gruesome portraits. 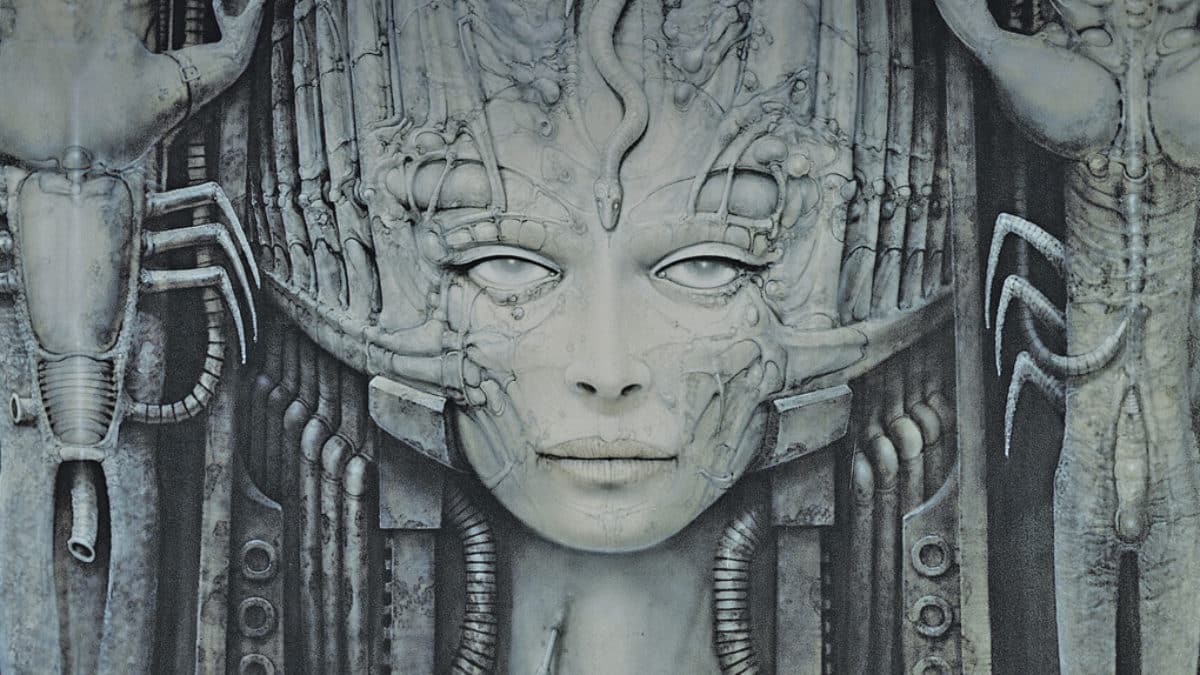