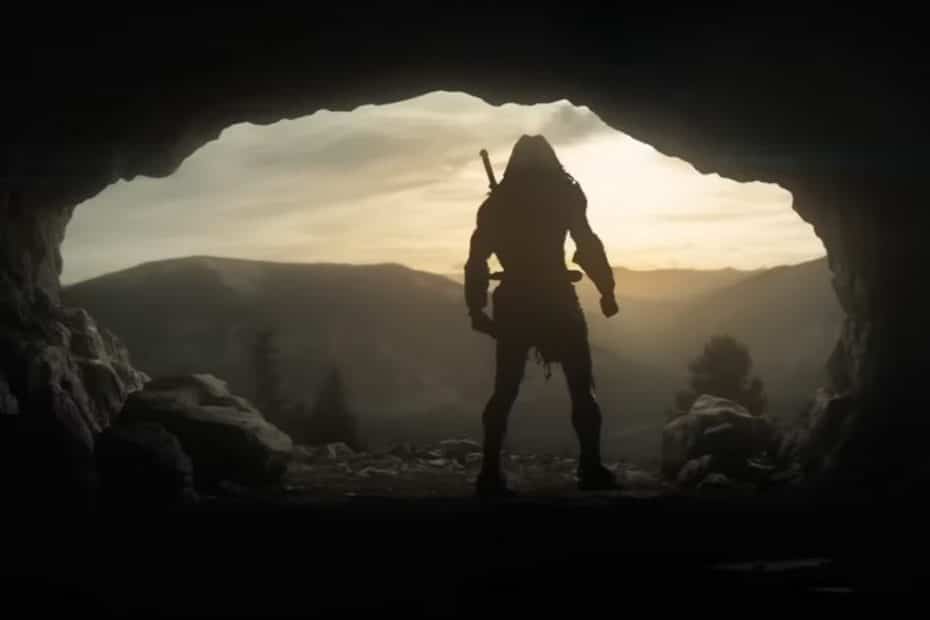 The Deadliest Hunter in the Galaxy is Back

From director Dan Trachtenberg (10 Cloverfield Lane), comes the latest installment to the Predator franchise that takes the series to places it’s never been before. Prey is a prequel set almost three hundred years before the first Predator film starring Arnold Schwarzenegger in 1987.

The film follows Naru, a Comanche healer who dreams of becoming a revered hunter like her brother Taabe. After failing to prove herself against a mountain lion, Naru ventures into the wild alone in search of game.The predator she discovers is one she was not ready for, an otherworldly beast thousands of years ahead of her and her people. Now the prey, she evades the creature but it isn’t the only one hunting.

How does this film stand up to its predecessors, and what contribution does it leave to the Predator legacy?

Prey boasts a solid story about a girl wanting to prove herself in a male-dominated society. In this way, it’s a feminist story. It doesn’t beat the viewer over the head with gender norms either.

The plot is well structured and gives various nuggets along the way that become relevant as the movie progresses. The setting is in very early America before colonization but isn’t too far off. The visuals of the untouched land are stunning as we see what the Comanche called home before it was taken from them.

Along with the older indigenous group, there is also an older Predator. Although it is still clearly thousands of years ahead, there is a sense that it is generations behind the variations that fans are used to. It wears the skull of another prehistoric creature in lieu of its iconic mask.

It also doesn’t use the more common shoulder cannon, opting for more practical and of-the-time weaponry. A good touch on Trachtenberg’s part and further grounds the story, showing that even the alien species has grown and adapted.

Another credit to Trachtenberg is that the cast is entirely Native American and have the build the people would have at the time. The level of detail in the characters alone is enough to ground the story and root it in place.

Naru and Taabe are the most likable characters. Their bond as brother and sister lends the film an emotional core. Despite being raised as a healer, Naru is every bit a hunter at heart and does not back down in the face of danger. Actress Amber Midthunder excels in this role and perfectly exudes Naru’s fierceness and bravery, but also her fear.

Another standout is Dakota Beavers. Most warrior-type characters in cinema would usually be portrayed as larger and more menacing than Taabe. Beavers shows viewers just how fierce the indigenous people were, and he is believable while also displaying a certain warmth. He loves his sister and his people, and when it comes to protecting what they hold dear, they are both as dangerous as any Predator.

Like the original 80s film, most people are going to debate whether or not this is a horror film because of its action and simply because of its quality. Prey has all the qualities of a classic Predator movie and all the blood and mayhem to boot. The Predator, being an older variation of its species, is more savage than other incarnations and can emote to a degree that others could not.

For the first time in a long time, the creature is actually menacing again. Viewers can be afraid of what it may do next. Every kill is as bloody and spectacular as one would come to expect as it carves its way through the woods in search of game. On top of that, the action is great. The Comanche characters of this film know how to throw down, and it’s fun watching the Predator duke it out with America’s earliest warriors.

Dan Trachtenberg has made a nearly flawless film and successfully breathed life back into the Predator franchise. It’s a bloody good time from start to finish with a solid story that keeps fans invested. If it doesn’t stand on par with the 1987 original, it’s safe to say that it outdoes it in every way. The closing credits indicate that this may not be the end for Naru or the Predator’s foray into the 1770s. If Trachtenberg plans on making any future sequels, fans may be in for a wild ride. The Terror in Alien Isolation