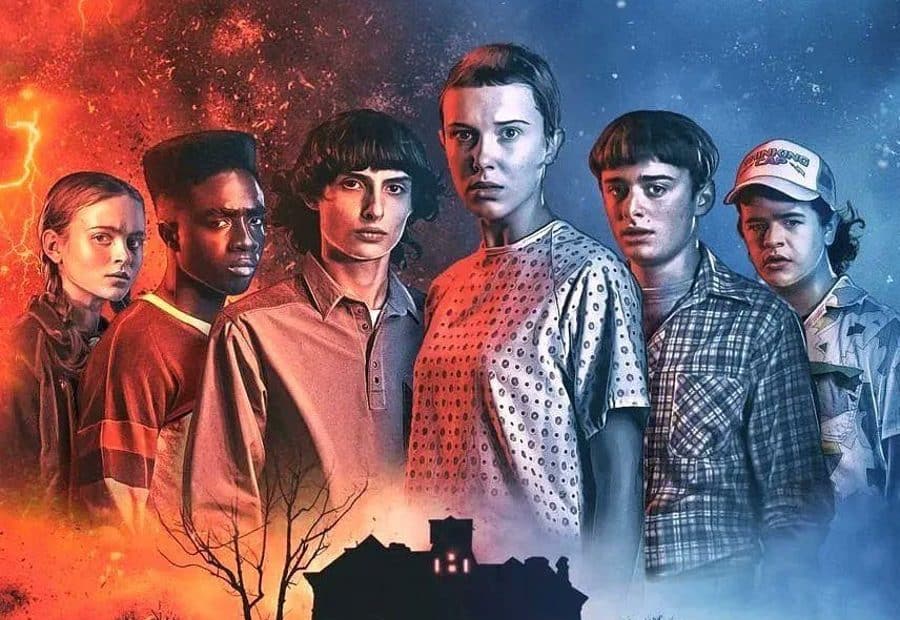 The praise for this Netflix original comes from how sci-fi blends with horror. It’s an homage to 80’s pop culture enjoyed by fans of all ages. Fans can also agree that its latest season especially stood out. Stranger Things has given audiences goosebumps before, but season 4 was the one that left a scary impression. A big reason is how each episode possessed unsettling moments. The inclusions were nightmare scenarios for individual characters, disturbing deaths, and new terrifying characters for Hawkins to face.

Audiences knew right away this season would be darker than the previous ones just from its opening scene. The premier episode seems okay enough, which might raise more suspicion. The world of Stranger Things doesn’t stay normal for long. Suspicions are proven correct when this flashback leads to the terrifying aftermath of a massacre. Lifeless bodies are all over the place, including children. It’s all a horrific sight, with a young Eleven appearing to be the main culprit as she does nothing but stoically looks on at the scene before her.

The discovery of other entrances forming for the Upside Down was something to see to believe, no matter how scary. The theory was confirmed when the older teens of the group journeyed to Lover’s Lake, where one of the new gates might be. Though proven, it almost led to the demise of Steve. He was pulled into the water and dragged into the Upside Down, where he faced many Demobats. It was such an intense moment because he developed into a beloved character. Steve experiencing something that almost led to a painful death was terrible and heartbreaking to even consider.

The Demogorgon vs. The Prisoners

An unlucky group of Russian prisoners is left to fend for themselves when fighting against a hungry Demogorgon. Fans became acquainted with more powerful foes like the Mind Flayer and Vecna, so they may forget that these underlings are just as scary with their sharp teeth and tremendous strength. The brutal reminder comes when the Demogorgon chows down on the prisoners while the guards do nothing but watch the carnage unfold. Had Hopper and Enzo not thought of creating a small weapon of flames, the monster would’ve made sure they met a similar vicious death.

Robert Englund is most known for his iconic role as Freddy Krueger. When first hearing about his character Victor Creel, it was expected he might be an equally scary villain. He’s painted as a psychopath who killed his family until the truth comes out when Nancy and Robin visit him at Pennhearst Mental Hospital. His appearance might be scary, but it actually illustrates the bleak story of what happened to his family in what they thought was their dream home. The demonic presence there left him a broken man haunted by the traumatic experience.

It is no secret this was the most talked about moment from season four. Max had been dealing with a heavy amount of guilt and blame over her stepbrother’s demise. When visiting his grave, Vecna swoops in and places her in a trance. Her vulnerability then is used against her in a nightmarish way. Her dead brother Billy torments her with harsh words while she literally runs for her life. Vecna almost claims her as his next victim. Luckily she is saved by her friends (and Kate Bush). It was an intense scene with plenty of emotional weight to it.

The psychological and physical torment Vecna puts his victims under makes for terrible deaths. He picks those who suffer from past trauma and distorts their reality before offering a bone-breaking end. A strong example of this was with Nancy’s coworker Fred Benson. Vecna uses his guilt over a car accident in a ghoulish fashion. He forces the boy to see horrifying visions of accusing creatures before moving in for the kill. Compared to the first victim, there are more visuals on mental torture here. It gives more of an idea of who exactly the villain is targeting.

Pulling out Eleven’s repressed memories revealed that the friendly orderly helping her was Henry Creel/One. The massacre at Hawkins Lab resulted from the sadistic psychic demonstrating how twisted he really was. When Eleven removed the chip dampening his powers, he ended multiple lives at the facility. Afterwards came a chilling monologue with a sequence that went back and forth to the Rainbow Room and Nancy’s personal encounter with Vecna. Everything came together as the twist showed Henry being Vecna all along. The origin story was eerie, thanks largely to Jamie Campbell Bower’s performance.

Despite her brief time, Chrissy Cunningham played a significant role in the series. The Queen of Hawkins High was a sweet, relatable character fans loved right away. People especially enjoyed how she interacted with another lovable character Eddie Munson. It’s why her death was shocking as well as tragic. Vecna invaded her mind in a Nightmare on Elm Street manner by preying on her insecurities. She became trapped with her fears as he terrorized her until her bitter end. She was not only Vecna’s first victim but also how viewers knew this season would be different from the rest.

It was a terrifying moment that should not have been. Everyone had a part to play in defeating Vecna. When his plans literally went up in flames, mission accomplished seemed achieved. Yet lives were still lost, which led to the haunting chimes that signaled the end of the world. The chiming grows along with the new gates to the Upside Down. Death sites opened portals to the dread that shouldn’t seep into the real world. Everyone had done their best to avoid this, but it still came to fruition with disastrous results.

It’s a fair assumption that Hell has arisen. After the four gates opened and merged in the middle of Hawkins, the residents believed it was nothing more than a massive earthquake. Eddie became blamed for the murders based on suspicions he was running a Satanic cult. Everyone does what they can to get back to normal. However, a rude awakening is received when it appears the Upside Down has finally flooded into the world. The season ends with this morbid cliffhanger, having imaginations run wild when thinking about what this could all mean for the final chapter of Stranger Things. 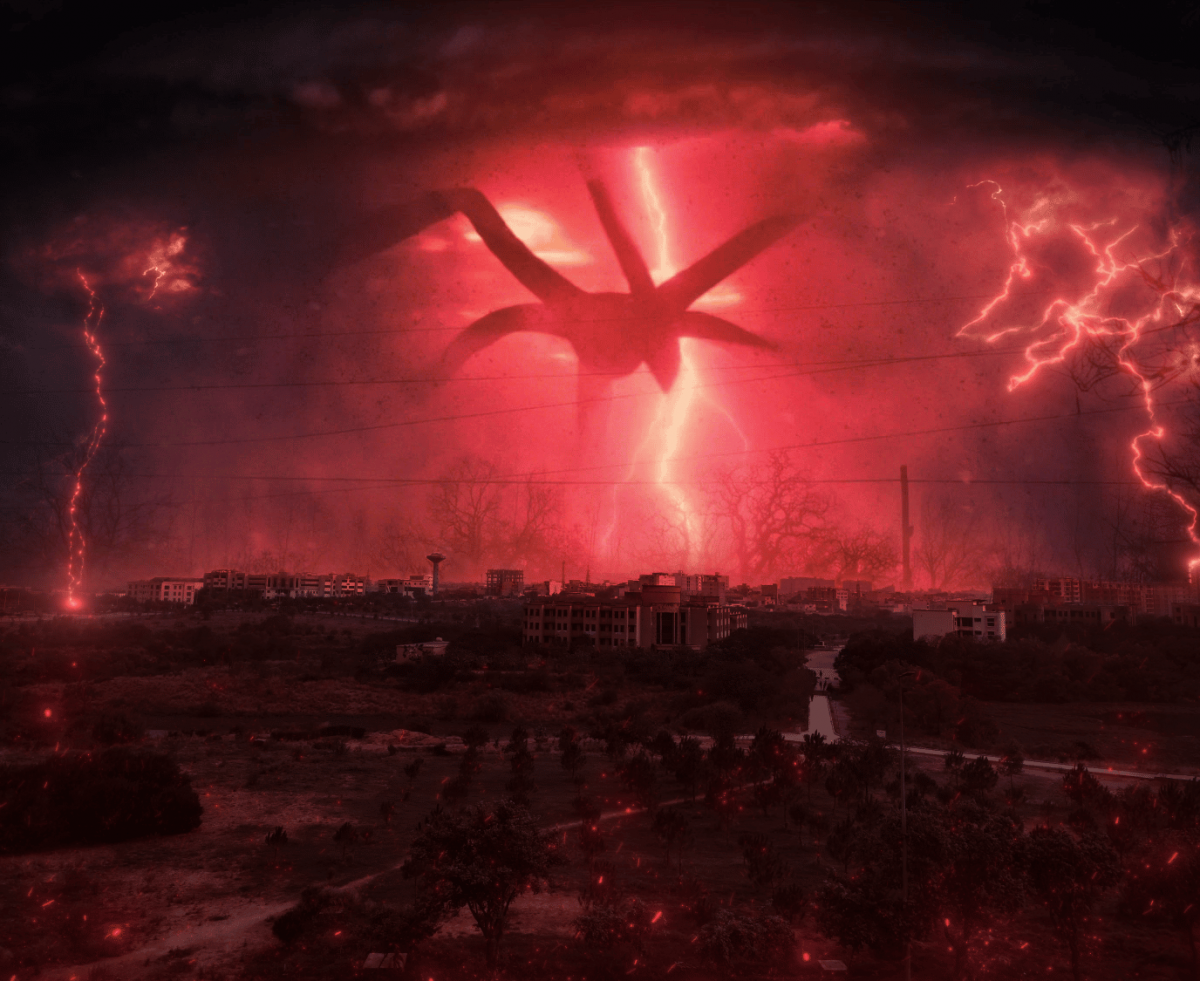 previousCarter (2022): A Review
nextAmerican Horror Story to Get a Season 11