Home > Most Terrifying Wrestlers in WWE

Most Terrifying Wrestlers in WWE 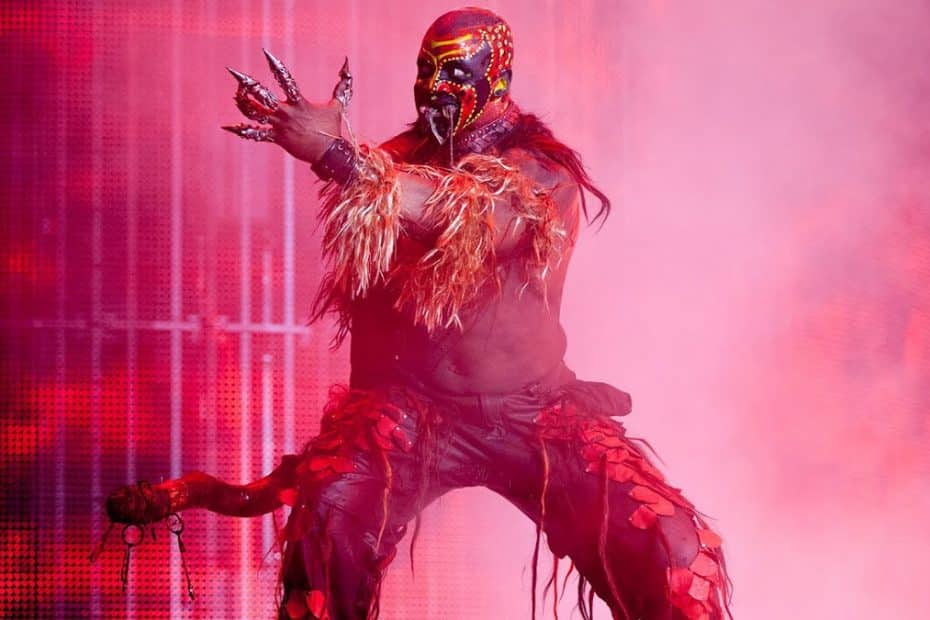 The great thing about wrestling is that it has something for everyone. It can be funny, it can be serious, it can have romance, and it can have horror. While violence is a big part of wrestling, sometimes things are taken to the extreme for the shock and awe and genuine emotional reactions. To deliver these emotions, the villain is just as important as the hero. The fans can love a performer and hate another, but to be feared puts a wrestler on another level. By making themselves as frightening as possible, fans can feel afraid for the hero and rally behind them to slay the monster.

WWE is full of these terrifying bad guys. The wrestlers on this list are some of the most fearsome and intimidating performers in the game. This isn’t just for their nightmarish looks but for the embodiment of their personas that truly brings their characters to life.

First off on our list is a deity that personifies the nightmares of children. If anyone was a child in the audience when this creature debuted in 2005 then they probably recognize the familiar chill that ran down their spines with the words, “I’m the Boogeyman. I’m coming to get you!” Dressed like a beast of the wild and coated in blood-red face paint, this wrestler’s eerie entrance showed just how intimidating he was.

With spooky music, dark lighting, red fog, and inhuman gyrations, The Boogeyman was a man from another plain that startled audiences and froze opponents in their tracks. No one in the ring knew what to make of this character. They often had a hard time being combative when nothing fazed the man. To make matters worse, losing meant they had to get a mouth full of live worms. Who would want to get in the ring with that?

This 7ft competitor made a bang when he first debuted in 1997, and he’s been doing so ever since. He is nicknamed the Big Red Machine, and for good reason. Overshadowing his opponents dressed in all red and black with a mask that would make an executioner blush, Kane is a terrifying sight to behold. With dominating brute strength, Kane was able to tear through opponents for 20 years. What he enjoyed more than anything was inflicting pain on his opponents, and he often expressed such violence.

But his brutal hobby didn’t only go as far as the ring. He wasn’t opposed to occasionally lighting people on fire, electrocuting testicles, or spiking priests, women, and the elderly on their heads. His cruelty had no boundaries whatsoever, which is probably why the Inferno match was invented. The powers that be in WWE never say no to violence, they only feed it.

Hailing straight from the bayou, this superstar took inspiration from the then recently premiered first season of True Detective when developing this creepy character. As the leader of the Wyatt family, a cult-like group of titans, Wyatt commanded three other members to do his bidding and wreak havoc across WWE. He wasn’t just a puppet master, though. When in the ring, Bray used his large stature to pummel opponents, all while taunting them with constant mind games to throw them off balance.

He may not look like much, but with his eerie entrance in the lantern light, he knew how to drive fear into anyone in the ring with him. Unlike most of the monsters on this list, Bray was just as fearsome on the microphone. His words were captivating, so much so that he could throw anyone off their game just by speaking. He didn’t need otherworldly abilities to win his fights, but they did come in handy on multiple occasions. 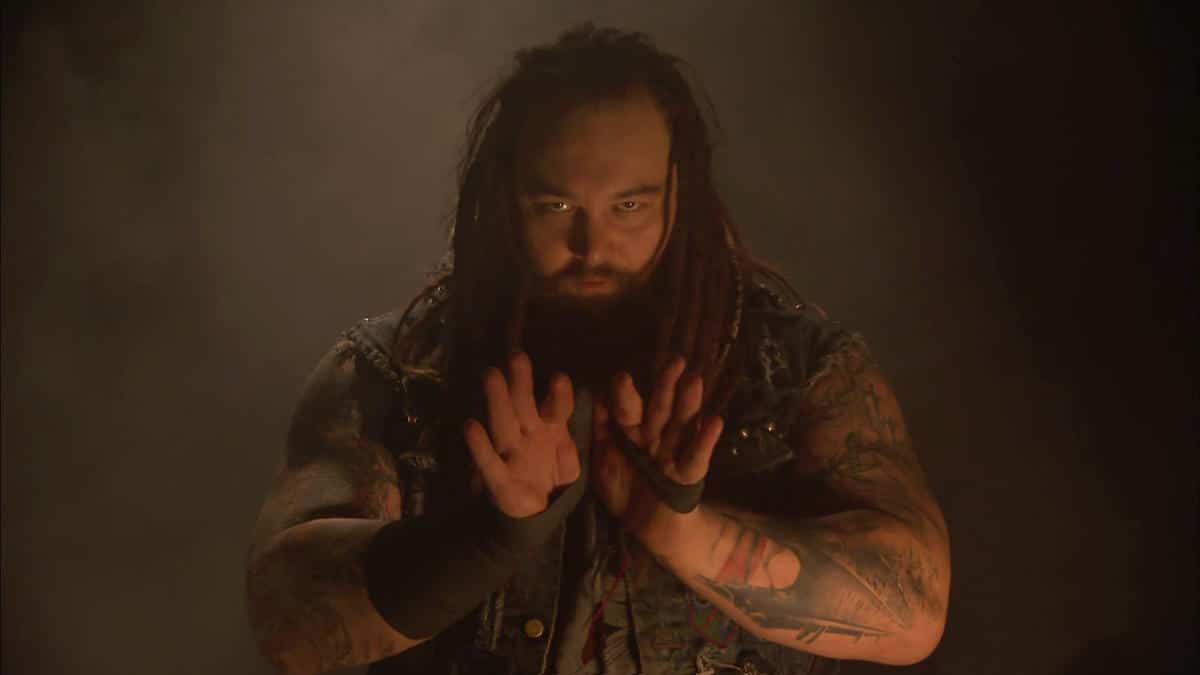 This man is a relative newcomer who has yet to make his mark on the main roster. However, he’s more than made his presence felt since joining WWE. Aside from an amazingly daunting entrance, Karrion keeps it simple. He looks and dresses like a normal man, but one look at his face, and his opponents know he is not one to be messed with. Karrion just looks like he hurts people for a living, but he lets viewers know he does through his menacing backstage promos where he reminds his opponents how close they are to their demise with the flip of an hourglass.

With him always is his wife Scarlett, but her beauty is only a mask for her true intentions. As Kross’s siren of the end, she leads her husband into battle. He may not have any otherworldly abilities so far, but that somehow only paints him to be more dangerous. By all accounts, he’s just a man, but one who knows how to hurt people, and he does it well.

Bray Wyatt had disappeared for much of 2018 and 2019, and fans were excited for his long-awaited return to the ring, but no one was ready for what he had become when he re-debuted at SummerSlam 2019. Riding solo and with a new children’s show aesthetic, The Fiend debuted as a carnival creature straight out of hell and quickly destroyed all who approached him.

Like no one before him, this alter ego of Bray Wyatt was like a menacing specter that could strike at any moment. As soon as the lights died out, you knew someone was going to get hurt. With a creepy new mask, Wyatt was even more vicious than ever and stood up to the biggest players in the game. Within months he was world champion again. And although he held the top prize, there was more at stake than anyone realized, because everyone who went toe-to-toe with The Fiend was never the same again.

The former UFC champion returned to the place where he got his start in 2011, and the WWE has never been the same. Long gone were his days of technical wrestling prowess. This was the start of the brawler Brock. A literal beast of a man with one goal only, kill anything in front of him without remorse. It wasn’t long before he was barrelling through every former world champion in the company and tossing them from one corner of the ring to the other, literally.

Brock is the perfect example of why you don’t need a scary mask or a creepy entrance track to be a monster. As soon as the base dropped for his music, everyone knew someone was going home on a stretcher. His aura is unmatched, and his explosive athleticism has been feared for over a decade. There is a very small list of people who have been able to put the Beast away, but even they couldn’t do so without feeling Lesnar’s full wrath.

No one in the WWE is as legendary as The Undertaker. His presence alone has struck fear into everyone who has stood across from him. What puts this towering figure at the number one spot is the fact that he has been the most feared yet respected man in the game for almost 30 years. From the 80s to the late 2010’s anyone who heard the sound of the gong that foretold his arrival knew they were facing death.

The Undertaker has maintained his aura and presence for a long time and has only ever gotten better. His legacy is defined not just by his longevity but by his WrestleMania winning streak, an achievement that no other man has come close to matching and no one ever will. His streak, before it ended, was 21-0. Many competitors took their shot at ending the phenomenal record, but only Brock Lesnar could do it in 2014. The fear and respect men experience when facing The Undertaker is an aura built from decades of victory and bloodshed. There will never be another competitor like him because legends can’t be replicated. 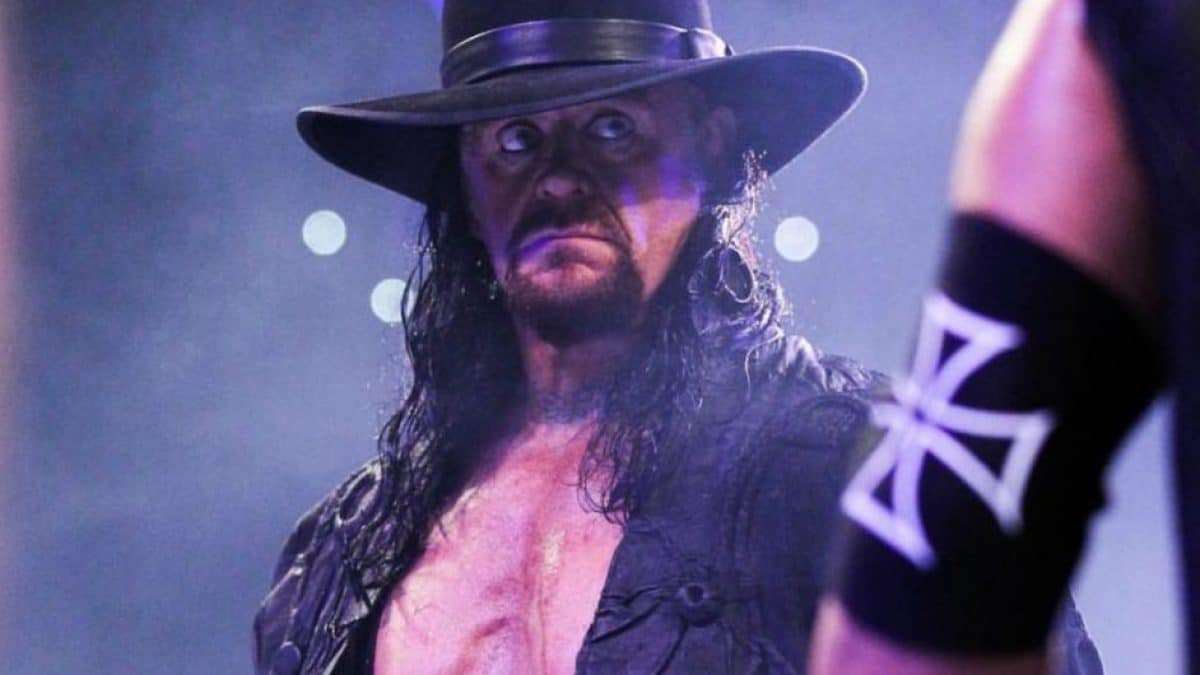