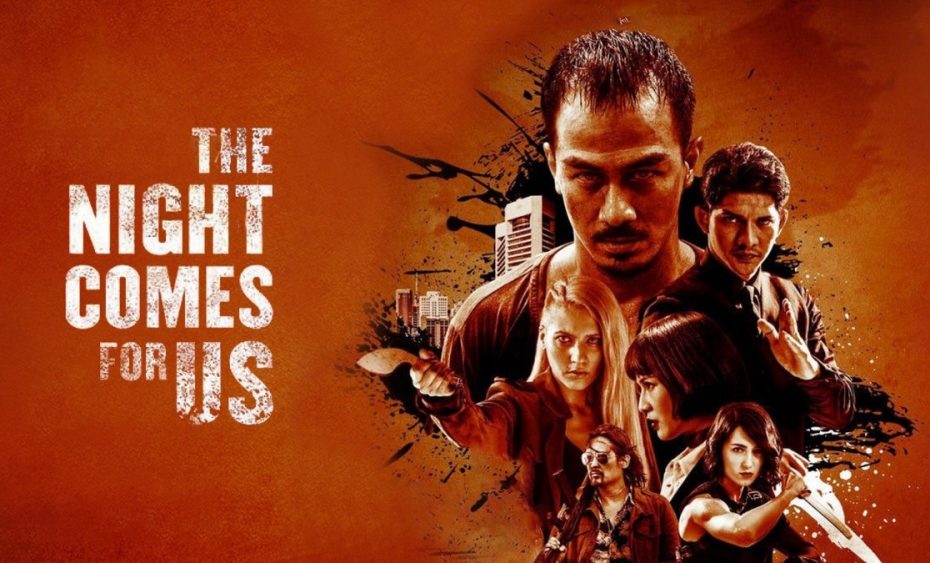 Escape Your Past or Die Trying

From the director of the Indonesian horror film May the Devil Take You comes an action film that has carved a place for itself in the horror genre with bloody fury. The Night Comes For Us is a thrilling action-adventure written and directed by Timo Tjahjanto that sees an elite Triad mercenary tear away from his allegiances to save the life of a little girl who has lost everything. For fans who loved The Raid films and Mortal Kombat, this film is something to claw at that ephemeral itch for violence. For fans who love Saw, Friday the 13th, Hostel, It, or just about any horror movie that satisfies the blood lust for carnage and copious amounts of death, this film promises to quench every thirst with a bone-crunching punch to the face.

The Night Comes For Us follows Ito, one of the six primary enforcers of the South East Asian Triad, otherwise known as a sixth sea. Having massacred a village due to a few villagers stealing a small amount of drugs from the Triad, Ito stumbles across the lone survivor of the slaughter, a young girl named Reina. Feeling remorseful for his actions, Ito betrays the Triad and takes the girl to safety. Having heard of this act of defiance, the Triad dispatches forces to kill the traitor, and they put his former friend Arien to the task. In an all-out war for survival, Ito reunites with old comrades in a desperate bid to secure Reina’s future. They made a dangerous enemy, though. If there’s any chance for them to make it out alive, Ito will have to face off against a man he once saw as a brother.

The plot is straightforward enough in that it sees Ito trying to keep Reina alive. Soon after he saves her from his own men, he reunites with his former gang members to aid him in securing her way out of the country. However, through Arian, the Triad find out where they live and attack the group while Ito is away trying to secure passports. In this prolonged sequence of violent action, fans can see that this is not a typical action movie where the good guys manage to avoid taking damage due to plot armor. The action is intense and brutal, and every man and woman involved are as susceptible to harm as regular people. The film is like a hard-boiled noir thriller mixed with a kung-fu movie in that it takes all the evil and moral corruption and blends it near seamlessly with hard-hitting martial arts.

The goal may be saving a little girl, but there’s an emotional core to this film between Ito and his former gang members. In the final confrontation between Ito and Arian, it’s evident that neither man wants to reach the point they find themselves in, but they have to accept that they are on the paths they choose and must abide by the laws of the world, no matter how much it may pain them. It’s a riveting dynamic that makes viewers want to know more about their past. The film seems to suggest that the full story of their absorption into the triad doesn’t matter as much as their final destinations. To a degree, this assumption is correct. But some fans may feel a bit short-handed by the lack of information.

With the past not being fully fleshed out for the characters, there is just enough information to understand the loyalty of Ito’s former gang members, with Arian as the outlier. Ito is a heartless killer, though he’s trying to do the right thing. The regret he feels for his past actions is evident, but the path he took to come to this conclusion may not be so clear. The same can be said of Arian, the film’s main antagonist who took the same path as Ito, only he chose his own success over the lives of his friends. The work by Joe Taslim and Iko Uwais playing these characters and their conflicting feelings are well done. Neither man comes across as an action movie trope character, and both are as dangerous as the other. Their stories may have had more impact if the film had more time, but there is enough to maintain interest.

The rest of the characters of The Night Comes For Us are almost as fascinating as the leads. Fatih and Bobby of Ito’s former gang bear the weight of the choices Ito and Arian have made, even before the movie. The chemistry between all three men is palpable, as are their emotional scars. While not much is learned about them, one could believe that Fatih left the criminal life behind and settled down, given his fatherly/brotherly nature towards those around him. It could also be believed that Bobby fell into despair and addiction after the dissolution of his gang. Despite the choices of any of the three, they still come back together to lend aid to their friends, and whatever may happen to them provides an emotional impact that is earned.

Although Reina may have incited Ito to turn a new leaf, she’s not very well developed and doesn’t see a whole lot of screen time to make her more than one-dimensional. There’s also the mysterious woman known as the Operator. She has two of the best fight scenes in the film, yet not much is learned about her. This isn’t a bad thing either. She is something of an Anton Chigurh character, but the opposite. Her purpose is to fight chaos with chaos. Nothing is learned about her, but it’s understood that there isn’t supposed to be. The minor villain’s Alma and Elena are good villains as well. They’re involved in a great fight scene and are fun to watch, and even funner to hate.

The Night Comes For Us isn’t classified as a horror film, but it should have been. There aren’t any deliberate horror tactics to speak of, but there is one vital element of horror that this picture excels at: Gore. The tone and aesthetic of the film are grungy and dark, similar to a noir film, but dirtier. It goes well with the visceral carnage. The action is stellar but they may not take to the sheer levels of gore in this film that could give Saw movies a run for their money. No one gets in a single fight without bleeding, and no one bleeds just a little. Everyone who enters a fight in this film walks away severely damaged, or they do not walk away at all. There are fights against groups of people that see bodies torn apart in ways that are typically exclusive to slashers. However, despite the levels of bloodshed, it does not take away from the emotional core. If there is something to be felt by a character perishing, it’s felt. Also, in mentioning Saw, just like the famous gore franchise, no one is safe. Anyone could go in horrible ways.

The Night Come For Us is packed to the brim full of action, heart, and good old-fashioned blood baths. The story is not all about the combat but the history between two men coming to terms with the paths they’ve taken. They hate going against each other, but they know what their lives are, and they are out to close the book. The action sequences are on par with that of The Raid: Redemption, a film that also has an unofficial spot within the horror genre and is often lauded as one of the greatest, if not the greatest, action movie of all time. The only thing this film outdoes The Raid in is bloodshed. Horror fans should watch this movie and decide for themselves if it has a home in horror, but above all else, they should watch it because it’s a wickedly fun ride. The storyline may have its holes, but it takes away little from the experience.

A sequel titled The Night of the Operator was announced at one point. The film would have starred the mysterious heroine that comes to Ito’s aid in the second half of The Night Comes for us, with actress Julie Estelle tapped to reprise her role. Netflix abandoned the film, and it has yet to be made. Fans should not give up hope. Director Timo Tjahjanto has expressed his hopes that the picture may still happen. Perhaps one day, fans can return to this unique world and learn more about this stoic warrior. 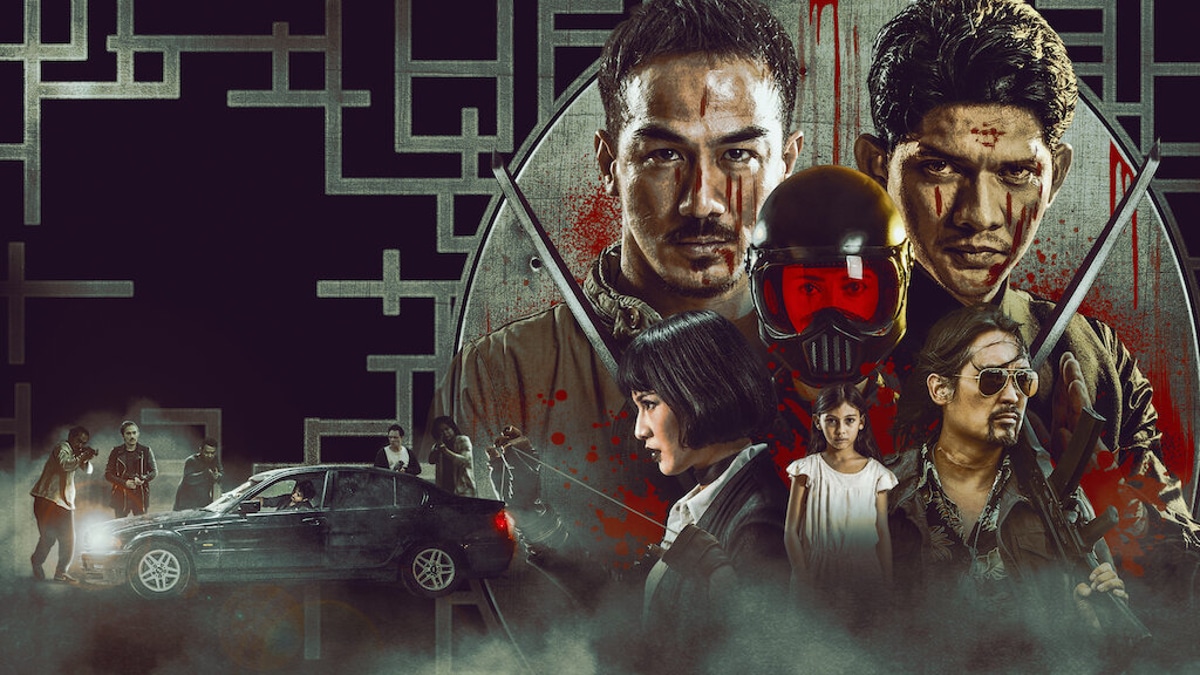 The Night Comes For Us (2022) Official Netflix Trailer