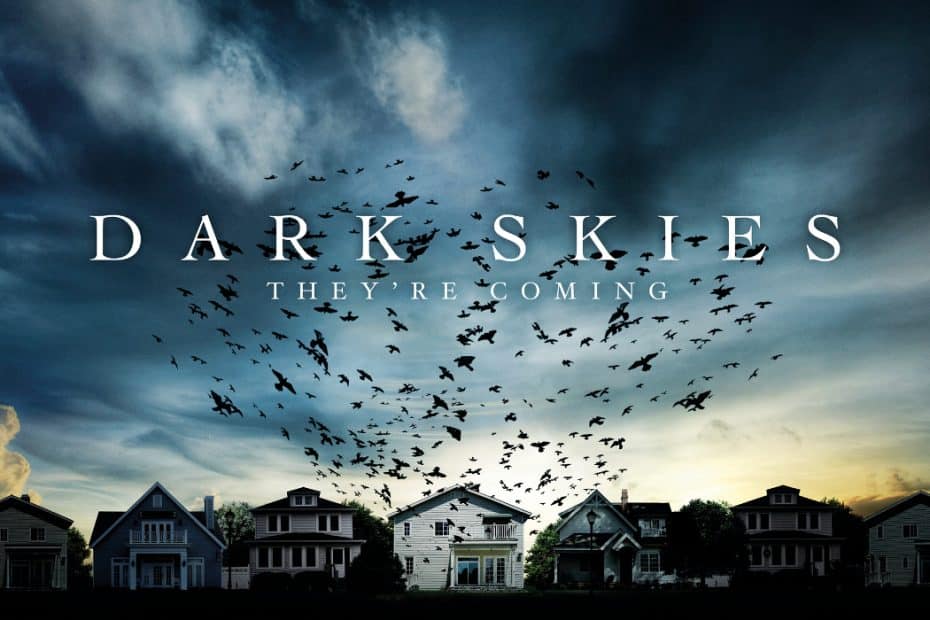 Dark Skies succeeds in giving its audience a solid, eerie scare. But unfortunately, it doesn’t offer a totally unique thrill. The 2013 horror fell into the same trap that most modern films did. Audiences are smarter now, and they expect the what-used-to-be-unexpected.

The Blumhouse production follows the Barrett family who encounters what appears to be paranormal activity. But it’s even worse than that. Lacy Barrett (Keri Russell) and husband Daniel Barrett (Josh Hamilton) notice some odd behavior from their youngest son, Sammy (Kaden Rockett), who claims to have someone coming in his room to talk. Soon, they and older brother Jesse (Dakota Goyo) start to experience worse symptoms of an invasion, including blackouts and seizures. But who are the invaders really trying to take?

A majority of the film relies on its devout cast and its superb performances, in addition to some strong CGI work. Nevertheless, it’s weighed down by a weaker undertone, including how the film reveals how non-frightening the aliens are. On top of that, the strange occurrences within the family members are sadly dimmed by a few somewhat laughable moments. Overall, Dark Skies takes you on a weird trip, but one that’s not enough to seep into your deepest nightmares and stay with you. However, most alien films struggle to achieve this in the end. Think of the Alien series, The Invasion, or even Apollo 18. They all introduce unique plot points and sci-fi elements, but ultimately fail to close out with a truly scary arc.

Through its sounds and actors’ performances, Dark Skies manages to convey pretty alarming moments. The first glaring moment is when the kitchen utensils are made into a science experiment; this part is reminiscent of Paranormal Activity, but the sudden cut of the camera to the sight is interesting. But the real whiplash-worthy moments are when each Barrett falls into their own trance.

When Daniel’s mouth drops open wide and his nose bleeds it is strange to look at yet freaky in general because of how randomly it happens. Sam’s poolside scene is another example of a real fright, as the neighbor lifts his shirt to unveil the overwhelming bruises on the little boy’s body. Next is Lacy’s head-banging stare while at work; we’re left confused as to what she’s about to do and whether it was a dream or not. And finally we see Jesse’s exorcism-inspired seizure in the woods. What’s scarier than a tween’s eyes rolling to the back of their skulls as they convulse?

Each of these abrupt scenes offers the audience something familiar like taking a shot of tequila. You think you’re ready for the kick, but you’re not once you take the swig and swallow.

The most blaring problem with Dark Skies is one graphic image: the “grays,” as J.K. Simmons’ character calls them.

What films like Halloween and Rosemary’s Baby accomplish is that they didn’t feel the need to reveal Michael Myers’ face or the satanic infant’s appearance. All we see is a shape in Halloween and a mask, and Rosemary’s sickeningly frightened expression. It’s the details that matter. But Dark Skies fails to live up to its potential of mystery by unveiling a bunch of black stick figures that literally look like they were drawn on an iPad.

The one choice they did right was not giving the aliens distinguishable faces. We only see the shadowy figures. But, nevertheless, it’s a disappointment by the end. This is what we’re supposed to be afraid of? 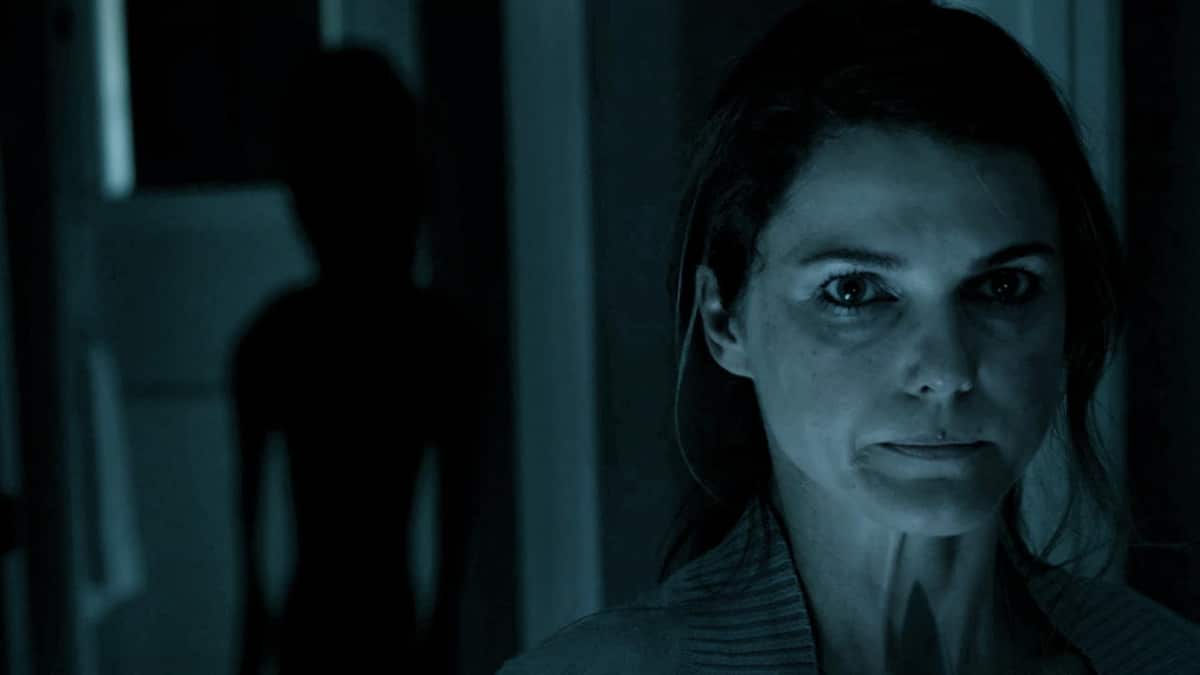 Reminiscent of Other Films

Like music, movies can find themselves accidentally emulating their predecessors. It’s not intentional, but some will notice. Dark Skies has several instances that almost look identical to past horror flicks.

Starting with the Paranormal Activity series, we’re looking at the kitchen scene as if we’re seeing the same demonic omen. Viewers have seen this image before, we’ve felt the same intensity, so how is this any different?

Aside from ghost stories, it also feels reminiscent to apocalyptic-themed stories, such as The Happening. Just like how it features humans losing their consciousness, having a deadpan stare and hurting themselves in the process, Dark Skies does the same. Lacy’s strange freeze moments before approaching the window and banging her head enough to cause a scar looks exactly like a scene from The Happening. Because of that, Dark Skies almost appears laughable.

In spite of its pitfalls, Dark Skies offers a pretty strong twist in the end. Throughout basically the entire movie, the audience is walking through the same tunnel, seeing only one way it’s going to end.

It appears that Sammy is at the mercy of the aliens, but is he? Or is this just a don’t-shoot-the-messenger kind of theme?

In the last several minutes, we finally learn who they’re really after, and we’re given a smart recollection of how and why that family member was sought after. But it’s too fast for the audience to feel like the dots were truly connected.

Of course, the last minute of the movie leaves a mark. The gurgled, far-away sound of the victim crying for help is all that we need to hope for a positive outcome, and yet, we don’t get that. This is where Dark Skies leaves us wanting more and opens the door to a possible sequel.

Because of its ending, many would be willing to watch to see if that person actually makes it out alive and, more importantly, how they were affected by the abduction.

Blumhouse Productions has distributed some huge hits that made their way into our nightmares, but Dark Skies isn’t one of them. If we were given more insight and a background behind each character, we might be more in tune with their feelings and what affects them. That’s the most effective way to make a movie — the audience must sympathize with the characters enough to be heartbroken and scared for them. We need to feel the stakes running high, but we don’t here.

Instead, we’re left confused and hopeless. Yes, the ending is a unique and thrilling conclusion, almost as if it’s leaving us with a warning. However, they let the wax freeze on this candlestick a little too quickly. 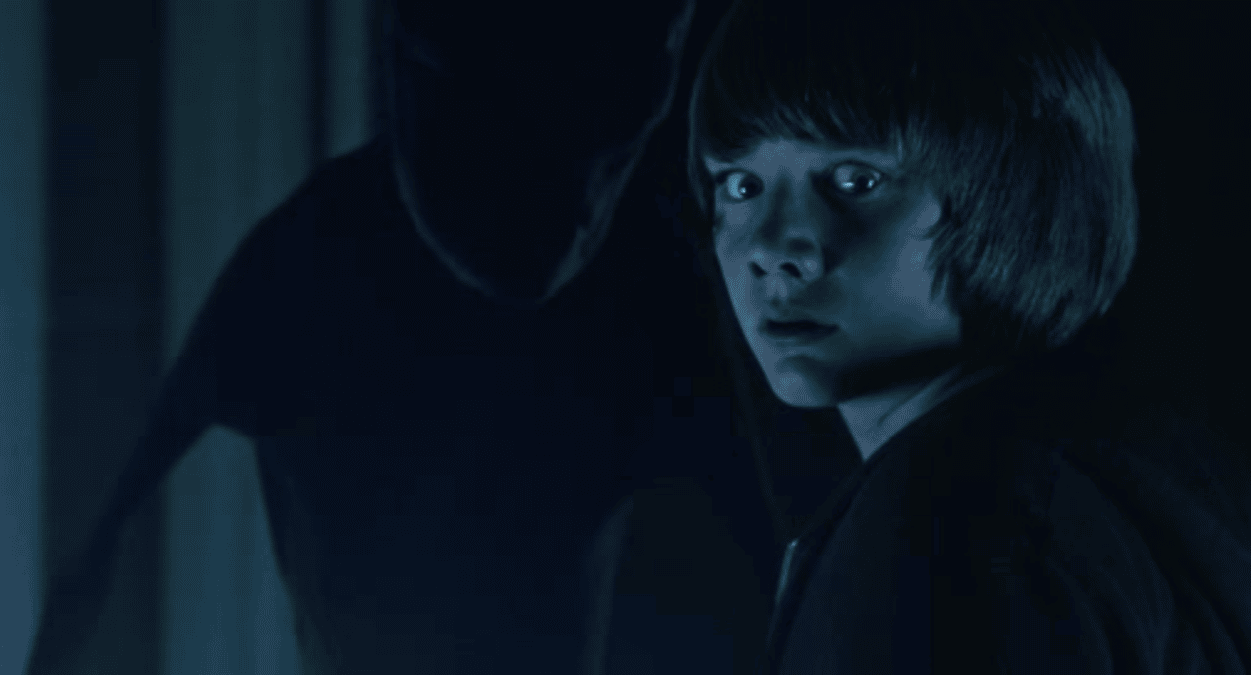