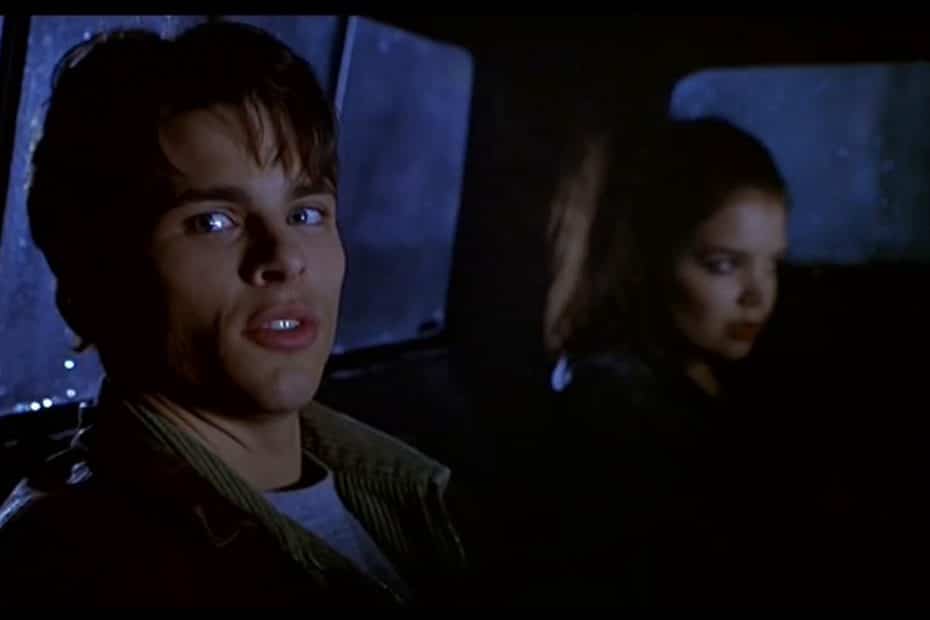 Being the new kid in school is always tough, but nothing could have prepared Steve Clark for the kind of mayhem he would find once his family moved to Cradle Bay. Everyone is in cliques at his new school, but none are as prominent and continuously growing as the Blue-Ribbon club.

They’re a group of formally rebellious teens who seemingly overnight ‘found the light’ and became preppy and elitist. They are cocky, petulant, and have insanely wild tempers, wild enough to make them dangerous. Perhaps they’re just like any snobby club in a high school full of jocks, or perhaps there’s something sinister going on in the shadows, forcing these kids into turning a new leaf by truly terrifying means.

A Nefarious Plot for World Domination?

Dangerous Behavior is a tale of murder and conspiracy as the students at Steve’s new school all seem to operate under a hive mind. It’s clear from the get-go that if they are not being replaced altogether that they’re being brainwashed. The force behind this remains incredibly vague from start to finish, though. It’s clear who the mastermind is, but their motives are never fully fleshed out or even examined. The film’s antagonists are simply there, with no beginning and no end.

Furthermore, the subplot with Steve is never fully fleshed out either. He had a brother once who killed himself. Images of him, played by the greatly underutilized Ethan Embry, flash sporadically throughout the film. They neither further Steve’s story nor add anything to the main narrative. It’s just a piece of tragic subplot that serves no point. The film would have been very much the same if it were left out. At the very least this film has a good setting. Cradle Bay is a flashy town in the state of Washington that fits the overall tone of the film. It would be a beautiful place to live, if not for the murderous students. 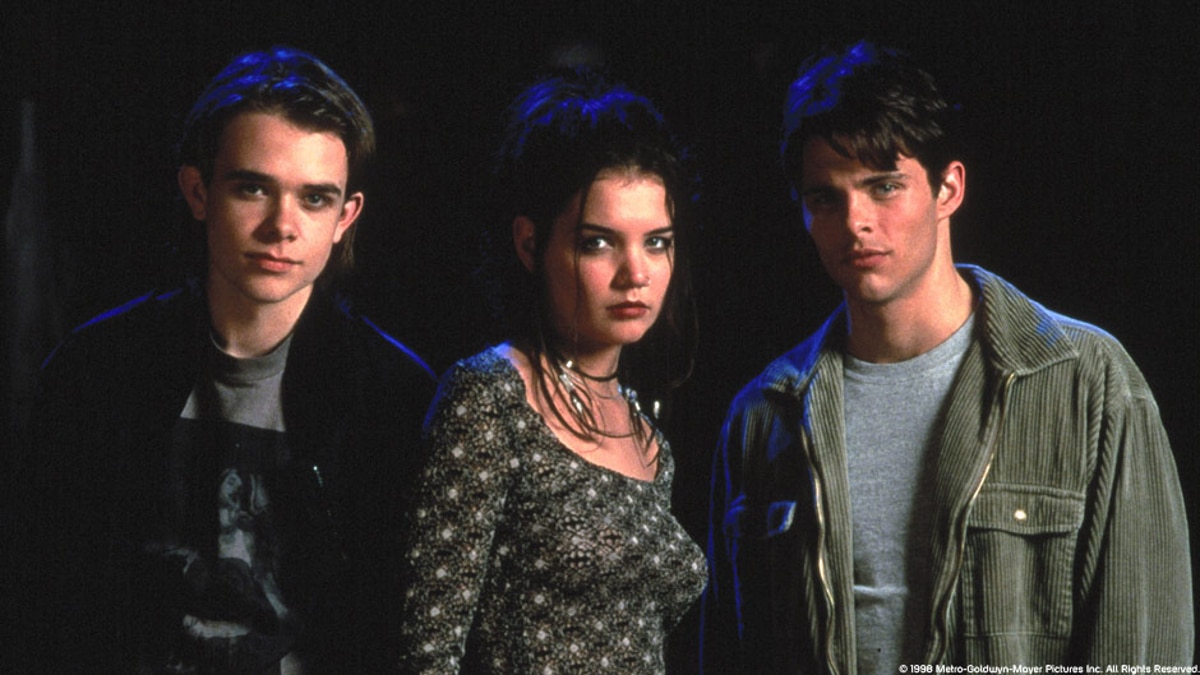 Not So Fleshed Out Characters

Steve is supposed to be the most fleshed out of the core group of friends that we follow, but all one really learns about him is that he is serious and brooding. He’s also still very sad about his brother. For that, he’s at least sympathetic, if only the angle led somewhere. His first friend after moving is the stoner Gavin Strick played by Nick Stahl. To Stahl’s credit, he makes Gavin entertaining. He’s almost a classic paranoid pothead from the 90s. He’s the first to catch on that there’s something off about the Blue Ribbons, but his warnings go unheeded. He’s by far the most enjoyable character in this film.

Then there’s Katie Holmes as Rachel Wagner. She’s the rebellious hot girl that instantly catches Steve’s eye when she’s introduced dancing in the back of a pickup for some reason. She’s full of angst, sex appeal, and weird catchphrases, but nothing else. Gavin is at least funny. Rachel, on the other hand, matches Steve’s super serious demeanor with an even more serious one of her own, but could ultimately have been left out of the film and it would have been the same.

Perhaps the most interesting characters are the assorted Blue Ribbons, a collection of burnouts and grease monkeys warped into preppy jerks. They’re actually interesting. They become murderous psychopaths when they are aroused, they’re super-powered to a degree, and hilariously, they collectively snigger behind their own terrible jokes. They’re ridiculous but interesting enough for anyone to want to know what made them the way they are. Unfortunately, the explanation sits somewhere in a huge plot hole.

Nothing in Dangerous Behavior even remotely constitutes a scare. If anything, it seems to forget that it’s supposed to be a horror film and confuses itself with an action flick. If anything is intimidating about the Blue Ribbons, it’s their overwhelming numbers advantage. Seeing them all circling is enough to make anyone feel overshadowed. In various scenes, they use their numbers to their advantage. It’s not enough to create tension or anything worth jumping over, though. The potential was there, as they were entertaining to watch, but they ultimately fell short of being anything special.

Is Disturbing Behavior scary? Absolutely not. Should horror fans still watch it? Absolutely they should. The most unintentional subgenre in horror is exclusive to films that are so bad they are good. Gavin and his weird quirks are great, even though unintentional. The Blue Ribbons are so ridiculously stupid that viewers will cringe, as well as get a good chuckle. And Steve’s basic brooding machismo is so stereotypical it’s on some level entertaining.

Disturbing Behavior is a bleak yet colorful film that has a life all its own and is sure to become a favorite for some. It’s by no means a good film, but it’s not boring. If you like your films basic and ridiculous, then this one is for you. If you want to be scared though, maybe just turn on the news. 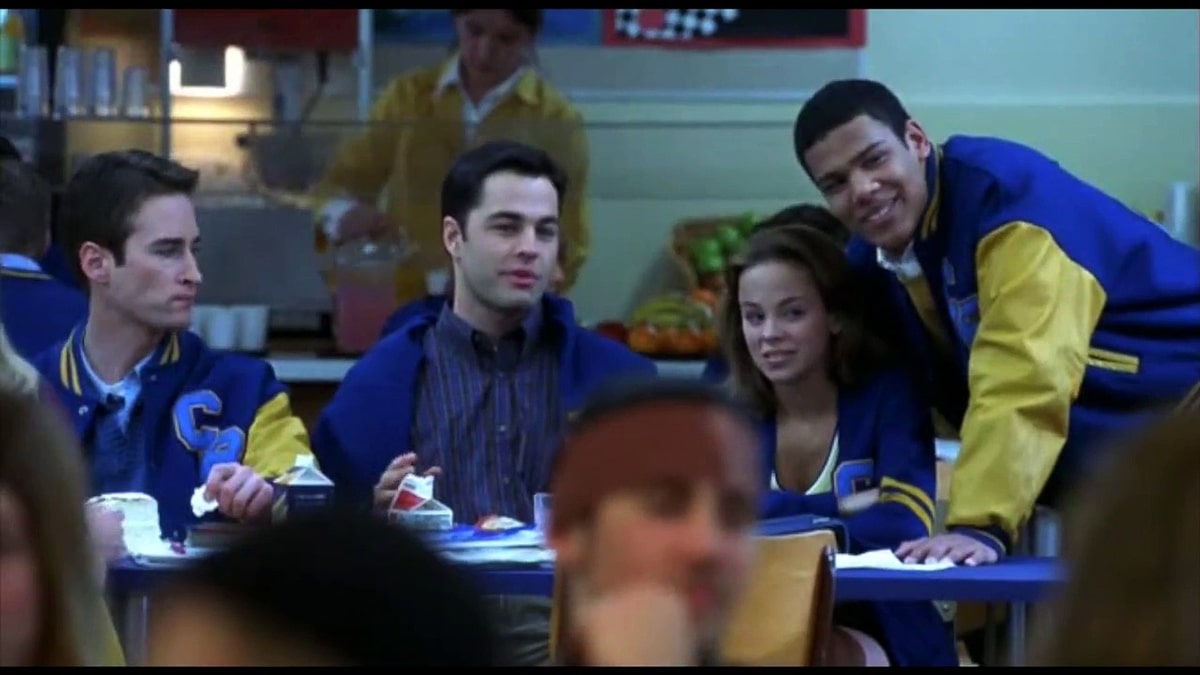