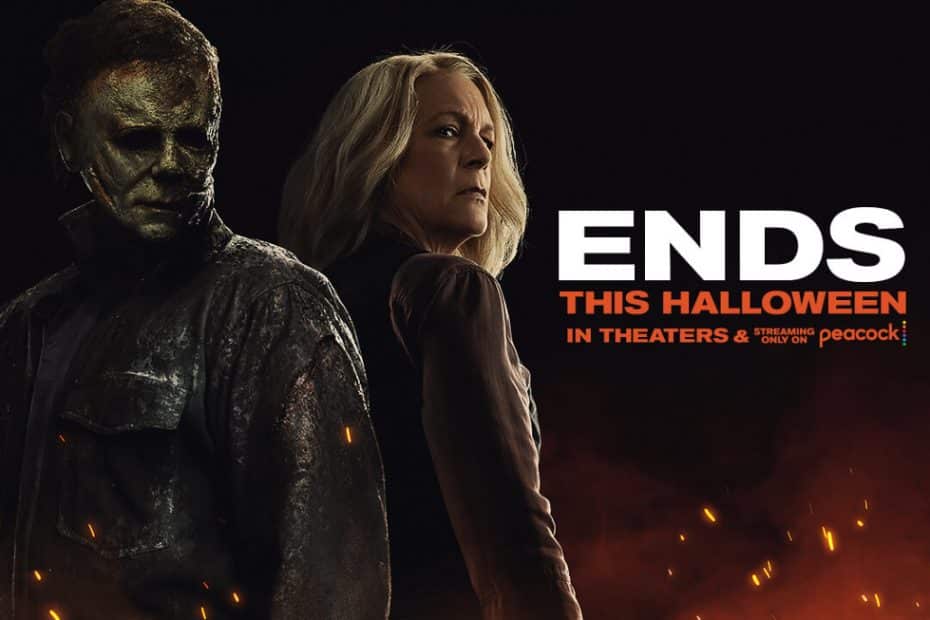 Halloween Is About to End

Halloween in Haddonfield is finally coming to an end — one way or another. Scream queen Jamie Lee Curtis is reprising her decades-long iconic role, Laurie Strode, for what appears to be her last time, and Michael Myers is coming back full blast. But this installment is unlike any other we’ve seen.

Halloween Ends takes place four years after its predecessor, Halloween Kills, which ended on a pretty gruesome and gory note. To recap, the 2021 horror killed off Laurie’s daughter, Karen (Judy Greer) and The Shape slaughtered the entire town, just when we thought they had a chance against him. Now, in Halloween Ends, Laurie and her surviving granddaughter Allyson (Andi Matichak) are trying to move past the horror they experienced. Laurie even writes a memoir to free herself of the trauma she endured. But of course, she gets pulled back into the darkness once again when a young boy is accused of murdering a child he was babysitting. As the synopsis puts it, Laurie must “confront the evil she can’t control.”

The trailer unpacks a pretty different outlook in comparison to the actual premise, though. We only see Laurie pull a gun on Michael (as if that’ll do anything) and we catch glimpses of Allyson. But there is no mention or outward sign of a new character standing accused of murder. We just hear the familiar faint sound of John Carpenter’s eerie, piano theme song.

We then see the ominous theme appear in the teaser – “This Halloween, their saga ends.” But it’s only when we hear Laurie’s charged-up line that we know this means a grim war: “Come and get me, motherf–ker.” 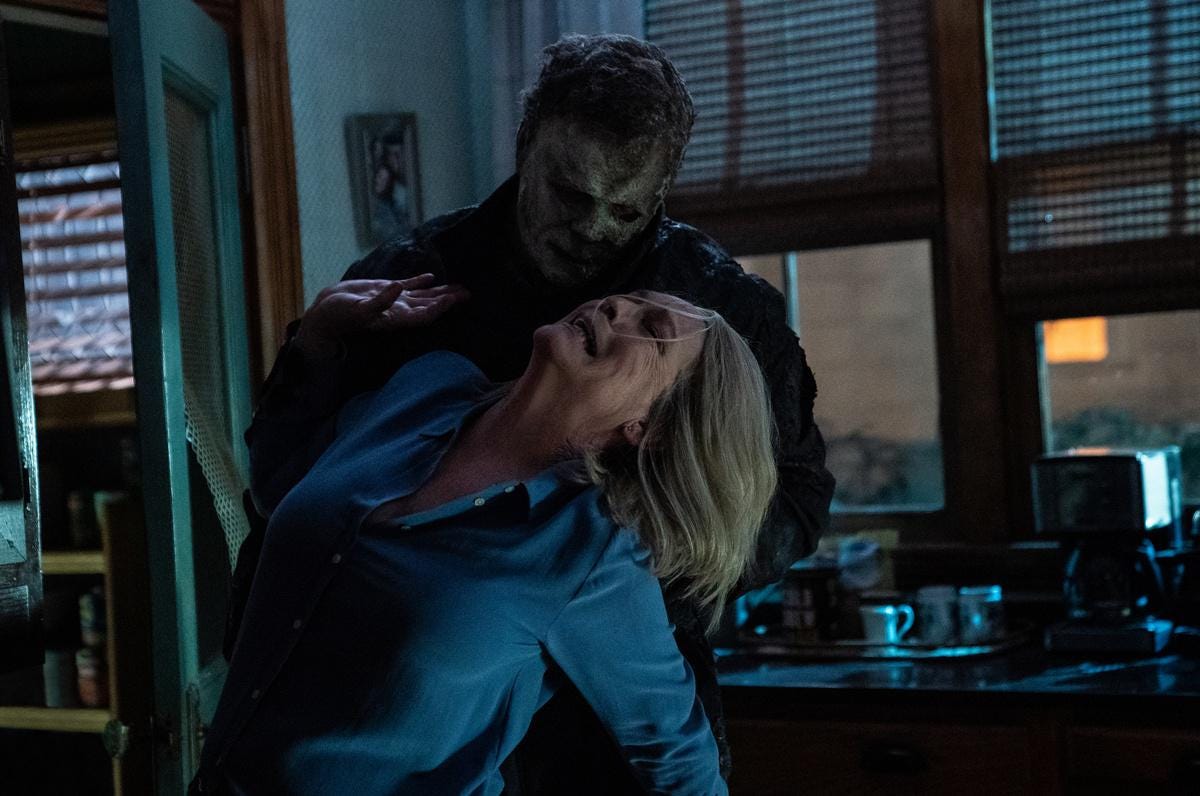 In comparison to Halloween Kills’ trailer, Halloween Ends’ teaser did the perfect job of teasing the audience, whereas Kills’ clips basically gave away the whole film — primarily by repeating its slogan “Evil dies tonight.” It’s almost as if director David Gordon Green knew how to save the best for last, and reel in the audience gradually rather than too quickly.

Not much is known about this final chapter of the popular franchise. All we know for a fact is that Curtis has made it clear this is seemingly her last time reprising her role. She’s even given a few promotional speeches for the film, graciously thanking fans for dubbing her as our “final girl.” But are they hinting that Laurie might actually reach a finality? Could our final girl really meet her end, or will she survive as we want her to?

In one of her promos, Curtis explained that the 2022 movie is a “final reckoning between Laurie and Michael.”

“Michael Myers in that mask represents pure evil,” the actress said. “There is no rhyme or reason. Everybody’s worst nightmare comes to life. This experience in the movies…that is the beauty of Halloween.”

Curtis also recalled how back in 1978, she “had no idea [how] the worldwide love and affection for Laurie Strode and Michael Myers would be. That is the heart and soul of these Halloween movies. It will be difficult to say ‘goodbye’ to Laurie Strode. Forty years with this character. It feels very special to me.”

Original and new generation Halloween fans will shed a tear when they see their favorite heroine face her destiny one last time. 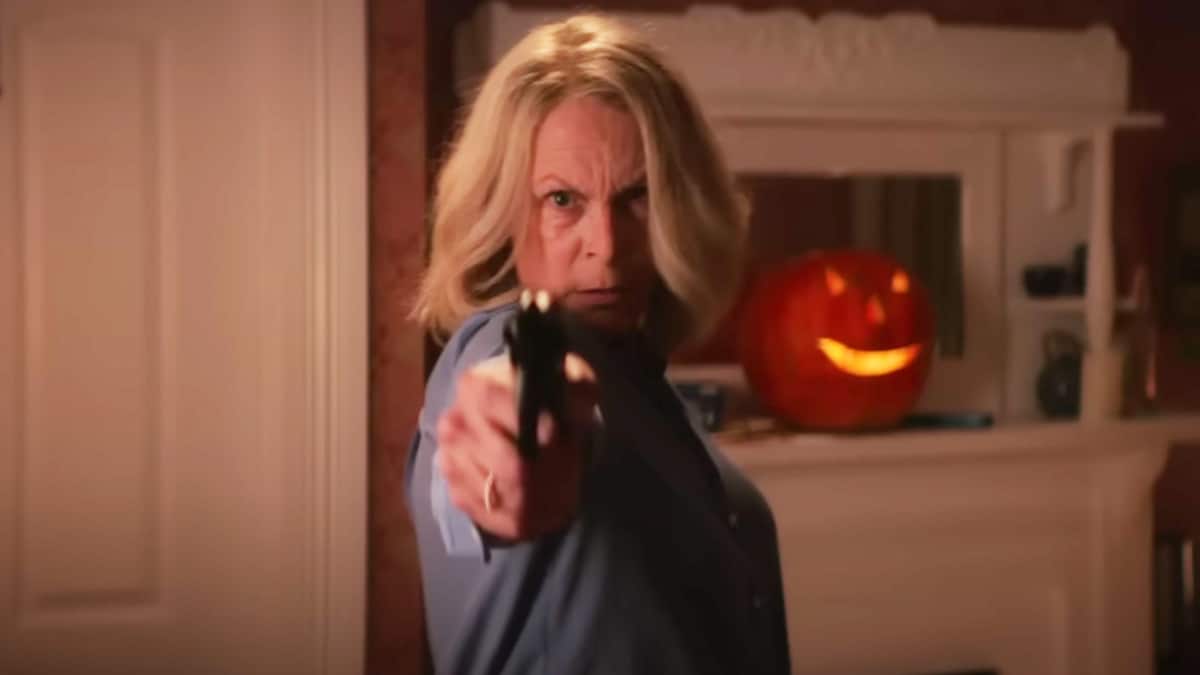