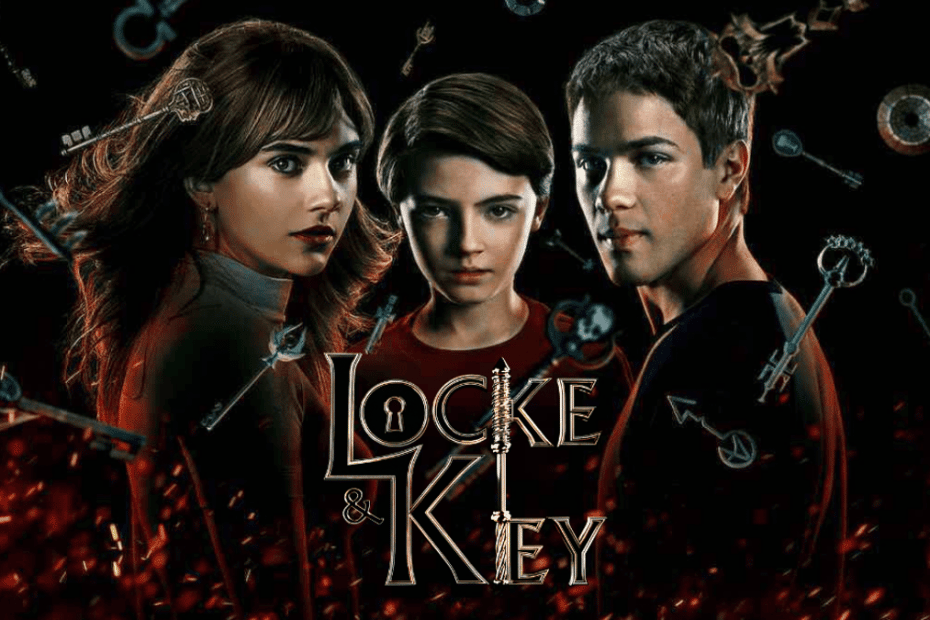 Locke & Key, the horror fantasy drama, premiered in the winter of 2020 on Netflix. Meredith Averill, Carlton Cuse, and Aaron Eli Coleite had taken on the task of reframing the work of Joe Hill for the small screen. What would result was a tale content-rich, mysterious, and captivating. Not only were fans enthralled by the offering, but remarkably, Joe Hill, the creator of the comic, was as well. During an interview during its premiere season, Hill himself blessed the re-creation. Hill told Entertainment,

“I think Carlton and Meredith nailed it. I love the show, and it’s a tremendously exciting and addictive watch.”

Hill couldn’t have been more right. The creative team never relented, providing episode after episode of spellbinding content. And for three years, they nurtured the content, building a massive engagement that would last from its premiere until its finale. As a result, after three seasons, Locke & Key has proven to be a series unlike none other, a dream for fans of fantasy horror.

And So, It Begins

The first episode of season three, “The Snow Globe,” aired on August 10, 2022. Little did viewers know then that a glimpse into such a treasured item would be the harbinger of future things. It wasn’t long before the world saw the dire position where the Lockes would find themselves. In the first quarter of the seasonal premiere, it was obvious that the show would be punctuated by un-expectancy and the improbability of unfavorable endings. And each episode after that stood as proof of this. By its conclusion on August 10th, you could say that the final chapter of Locke & Key was rife with near misses and stark realities. Like a baseball game a little too close to call in the final stretch of the 9th inning, so it was with the Locke’s. And it was only because of an unexpected twist or two that would shift the odds back in their favor, offering a satisfying conclusion to a family saga.

The Chapter Before Farewell

Much like the first, season two left viewers with great concern. The eldest of the Locke children, Tyler, left his home without assurance of a return. What else could be expected of a teenager whose life had been turned topsy-turvy? In a most unsavory twist, Frederick Gideon (Kevin Durand) had secured his freedom unbeknownst to the Lockes. Things looked dismal. His presence only served as an indicator of one thing: pre-apocalyptic times. To say fighting to ward off an apocalypse is brutal is undoubtedly an understatement.

An Anatomy of Season Three

Season three picks up where the previous leaves off, the first episode is a telltale sign that Murphy’s Law is in full operation within this world. Whatever can go wrong does. Not only would good intentions go awry, but the family would have much more to contend with than they could have ever imagined. In fact, in episode one, Bode finds himself imprisoned within a stark-and foreboding snow globe when he shares an endearing moment with his mom. However, the two are unaware that Dorthy and Ada (two testy demons) lie in wait within the globe, waiting for the exact moment to secure their release. 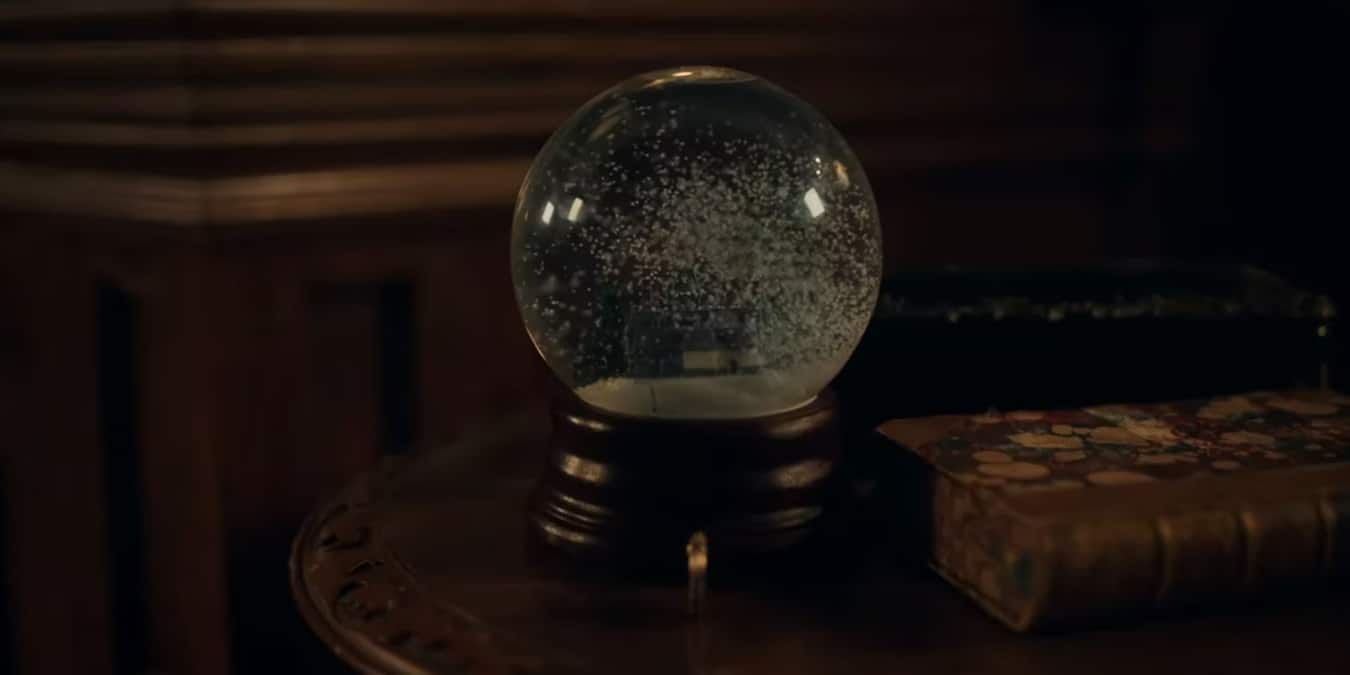 Their wait is not lengthy, for the mindless interaction of mother and son permits Ada (Diana Bentley) and Dorthy’s (Susana Fournier) early escape. A moment of panic leads Nina to lock her son away within the sphere inadvertently. Ada and Dorthy use the circumstances to their advantage with the sole mission to unearth the keys within the family’s possession. The two are a force, almost besting Nina and Kinsey. But that wouldn’t be quite as entrancing if things went south so quickly, and as always, Nina and Kinsey both manage to get the upper hand.

Though formidable adversaries Dorthy and Ada are the least of the Lockes’ problems. Gideon has seen to the release of two men of his former service. This provides him with an impregnable advantage. What he cannot do, the two he has called forth from the beyond, are more than capable of fulfilling. Thus, throughout the final season, Gideon maintains the upper hand. As the season progresses, things look bleaker and bleaker for the beloved family. Bode again finds himself in peril, and Tyler struggles with remembering; not that he wishes to recall the previous years, battles, and losses, but he must. The action reaches an apex with the family working with limited resources and the clock against them. It is not until the final act that it becomes even faintly possible that the Lockes have a fighting chance.

Figures in the World of Locke & Key

This season could be themed; it’s a family affair or, more appropriately family reunion. Viewers will get to see the entire Locke family interact at various points. Season three begins with the nucleus of the Locke family intact. Bode (Jackson Robert Scott), Nina (Darby Stanchfield), and Kinsey (Emilia Jones) seem pretty cheerful. Noticeably, one seat is left vacant at the breakfast table, that of Tyler Locke (Connor Jessup). Initially, it was not sure if Tyler would return, given his departure at the end of season two. He seems happy with his new life and his new job, though a family celebration pulls him home.

This season also sees the return of Uncle Duncan (Aaron Ashmore). Not only is Duncan’s wedding the event that will draw Tyler back, but it also serves as the point of rising action where Gideon makes his first move. The series also brings Rendell Locke, the patriarch, the man whose death kick-started the sequence of events, back in the picture. As a bonus, Fans learn a bit more about the family’s background and earlier dynamics. Some of the series’ most moving and sentimental moments happen through the family’s interaction with Rendell. Although the family is the centerpiece, they always get by with help from their friends and season three sees the return of family friends Rufus (Coby Bird) and Ellie Whedon (Sherri Saum), among others.

Season three of Locke & Key is filled with adventure and intriguing plot points. There are secrets and moments of intensity but this all plays into a powerful concept, a scintillating storyline, and a satisfactory conclusion. Sinister forces no longer pose a threat to world domination. As Shakespeare once penned, “All’s well that ends well.” 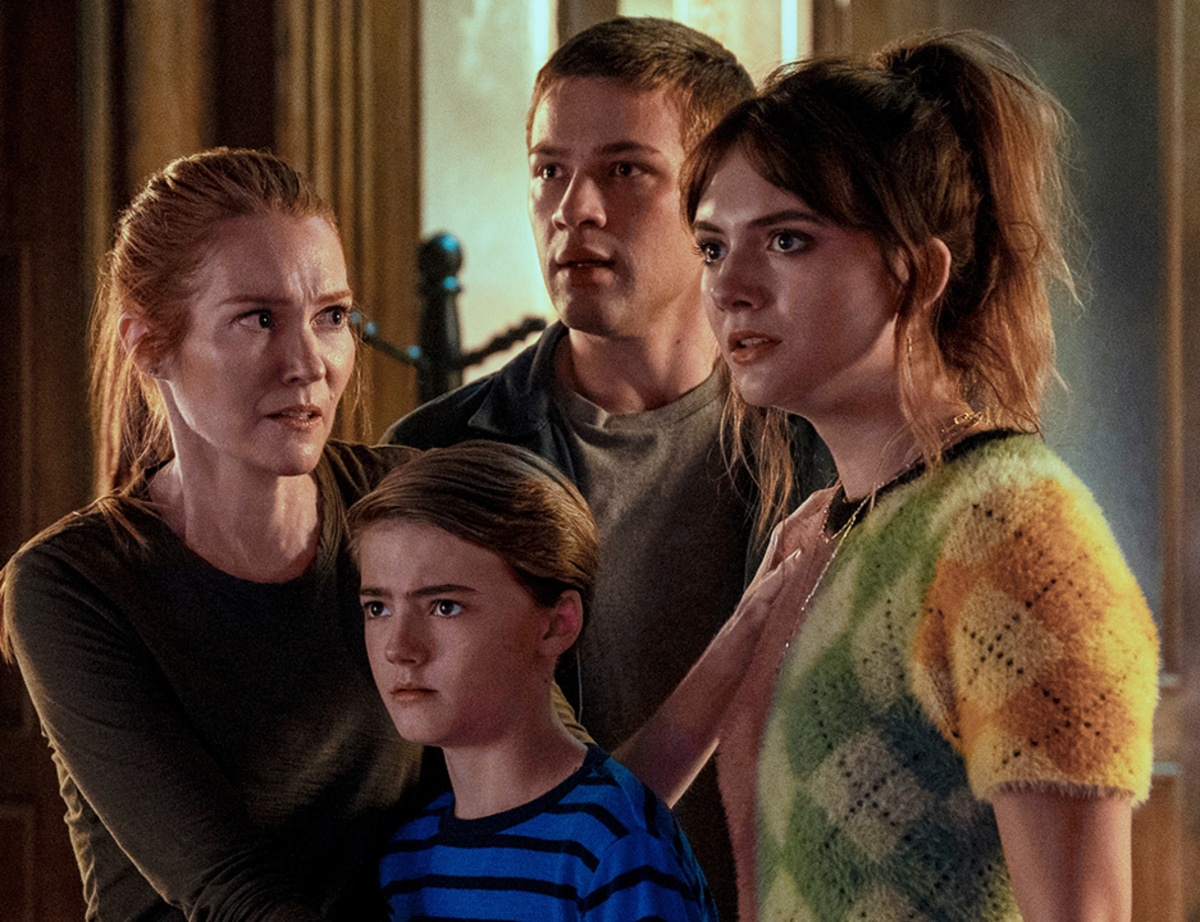