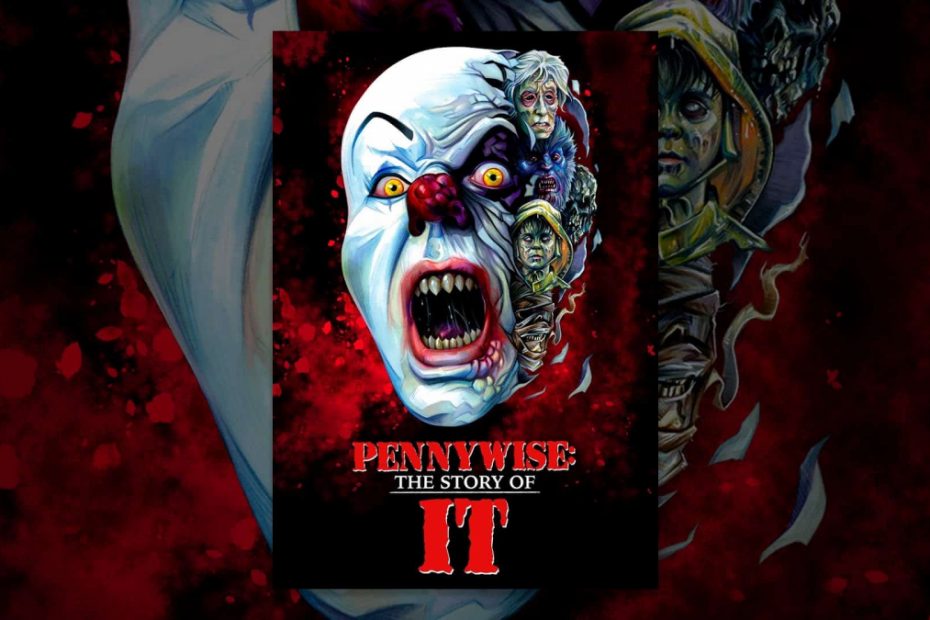 “A Moment of Fear is Worthy of Having if You can Make Something Good of It.”- Stephen King

Pennywise: The Story of It is a 2021 John Campopiano and Chris Griffith documentary streaming on Screambox that reflects on the adaptation of Stephen King’s It. The film takes the viewer on an immersive journey, from concept to production, leaving nothing to the imagination. It spreads information, leaving viewers with a complete understanding of what makes “IT” and Pennywise groundbreaking.

The documentary is a two-hour and six-minute exposition broken into various chapters covering the narrative, the script, the monster, the locale, and the characters. The film begins with the seedlings of an idea that would take root and eventually manifest into a full-blown series for the enjoyment of others.

In the first minute’s footage of the film, the master of macabre, Stephen King, stands before the camera, ready to enlighten a waiting audience. He addresses the question that is frequently asked of him: Where do you get your ideas from? From what seed did the novel It grow? How did the idea germinate, and through what process did it develop? And King does not pacify his muse or choose to hide behind a shadow of mystery.

Instead, Stephen King responds in earnest. His inspiration was childhood stories that gave rise to fevered dreams and nightmarish imaginings. A story much like the three Billy Goat’s Gruff where the boogeyman lies in wait. This idea would pervade King’s dreams and later a story. As King pleasantly admits, that story came from one moment of fear. And that fear would blossom into a massive horror story taking over five years to express in writing. As Stephen King so eloquently puts it, “a moment of fear is worthy of having if you can make something good of it.”

Even more important than the concept itself was the monster that would emerge from King’s imagination. While Pennywise is by his mere façade a terrifying clown, he is so much more and the documentary seeks to describe the complex being and its origins. King’s handiwork transformed a venerable caricature of the time into something to be feared and despised. He amplified the underlying mystique making clowns so embraceable and yet hideous. King elevated his model and the concept by adding layers, only serving to intensify the levels of fear.

Pennywise was no ordinary clown. He is not driven to entertain for entertainment’s sake. Instead, he has appetites ghastlier than any could imagine. Artfully and most unbelievably, King took a beloved childhood caricature and transformed it into the biggest generational icon of horror. Pennywise was a creature tied to its consumption, only satiated by the delight of children overtaken by their fears. 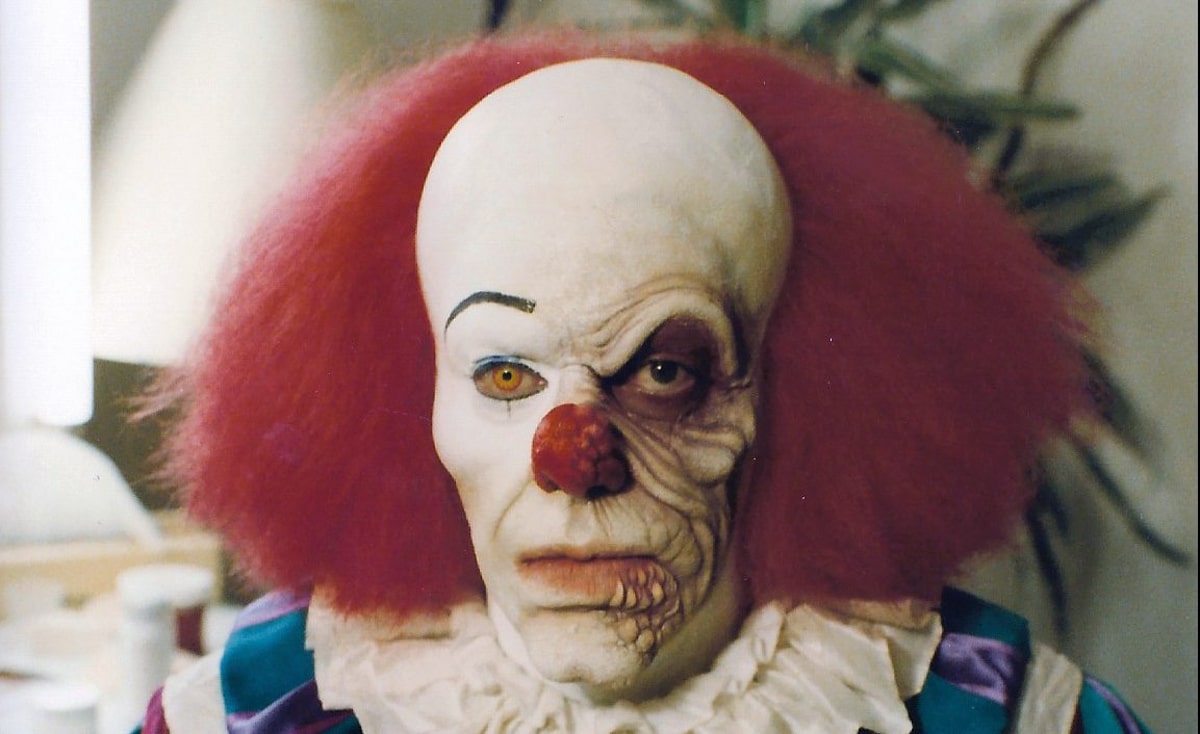 Character development is one thing, however, character depiction is quite another. This film dives into the process of selecting the right person to bring Pennywise to life. And that was found in Tim Curry. In the documentary, Tim Curry is extolled for using his skill and craft. He controls the reins and holds nothing back in his portrayal. With Curry behind the mask, Pennywise is a living, breathing nightmare.  It becomes one of the most nightmarish creations to grace television.

But, of course, the success of It did not wholly depend on Curry alone. The successful translation of the work for television resulted from selecting a robust cast of characters. And Pennywise: The Story of “It” leaves no stone unturned in exploring this process from character selection to fulfillment.

What is most delightful are the testimonials from cast members, who reprise the children’s roles in their youth and adulthood. Their elation for taking part in such a monumental project is infectious. One cannot help but fall into the countless accounts of their experiences, camaraderie, challenges, and joys. For those who are no longer with us, stories were told of who they were and what they brought to their roles.

Pennywise: The Story of It is a most comprehensive and expansive documentary giving fans of Stephen King a glimpse into what it takes to turn terrifying literature into a visual delight. It is especially poignant in that It was the first of its kind. The new series was groundbreaking.

Before airing, networks had yet to touch or televise a program of its magnitude with such themes. The extremity of gore, bloodiness, and such delicate subject matters at its heart, such as child abuse, kidnapping, promiscuity, and loss of innocence, made its probability of success a gamble. It was a precarious thing requiring they walk a fine line because it would be an offering that would determine the direction of other such horror adaptations on television.

Despite the rigors of the process, it was done and done well. From that point on, television would never be the same. Stephen King’s It and Pennywise made a lasting impression. And Pennywise: The Story of It provides appropriate homage to all involved in the creative process. While it is a lengthy film, fans of King, Pennywise, and It alike will find delight! 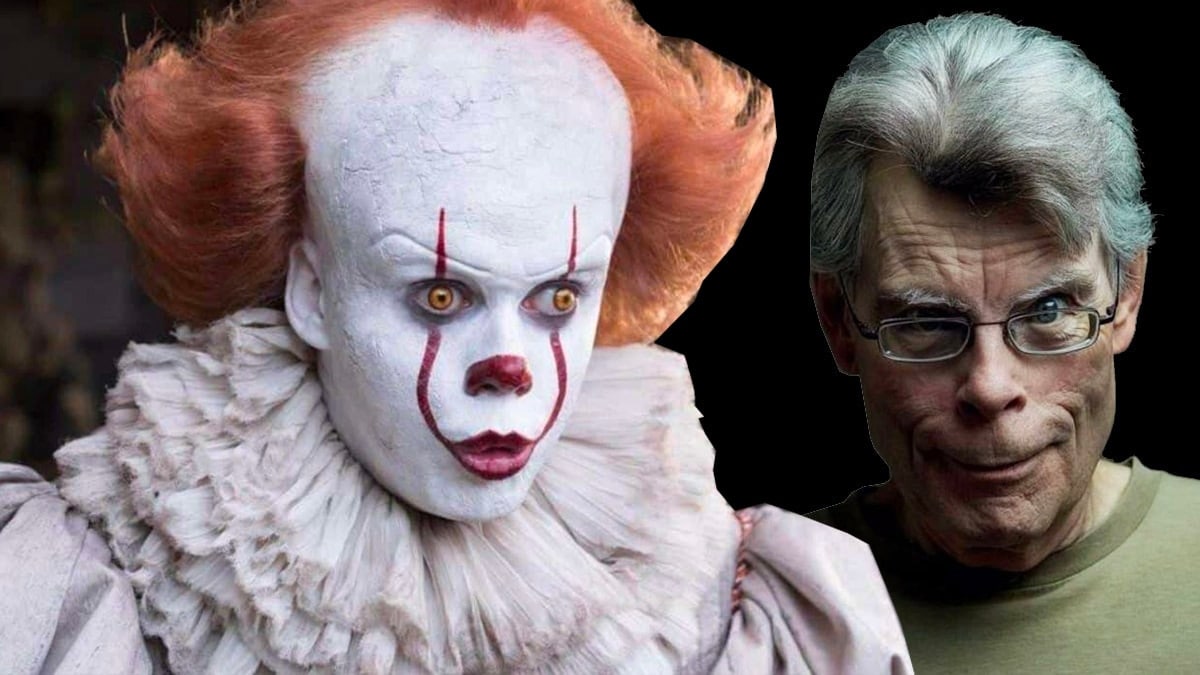 Pennywise: The Story of It (2022) Official Trailer