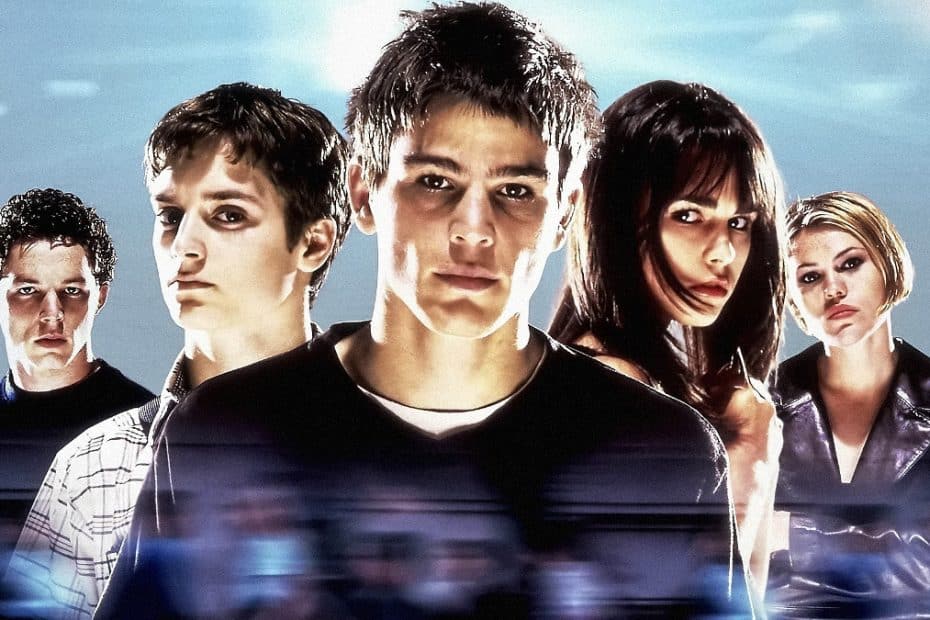 It's Not Scary, But It's Fun

Herrington High School in Ohio may be the vilest and lawless high school in the US, and that’s before all the weird alien stuff happens. When students from various cliques start to notice their teachers acting strange, they band together to get to the bottom of the mystery, which quickly unfolds a dangerous plot to replace all life on Earth with the alien hordes that have infiltrated the school’s culture.

But who can the renegade students trust when anyone can be possessed within seconds? How do they defeat an enemy they can’t see?

A Plot For World Domination?

The Faculty gets right into it with an attack at a teacher meeting to show that the alien enemy has already infiltrated the school. There is no particular reason why it chose Herrington, but it’s easy enough to believe that it’s just where it ended up when it found its way to Earth.

Like most high school set films from the nineties, the culture is split into various groups of people, like nerds, jocks, goths, etc. A member from each of these groups forms the team of students confronting the problem. What makes them different, or even special, is that they are each more than they appear to be. However, their differing subplots don’t really add much to the plot.

The alien enemy is fairly interesting. Each host it takes acts exactly the same afterward in a hive mind effect that is intimidating in some scenes but funny in others. The plot is fine and simple enough. It’s easy to follow, as it should be.

The film reaches with its characters finding solutions in that they mainly seem to decide what’s happening and so happen to be correct. Perhaps the movie doesn’t need to make sense. Maybe director Robert Rodriguez intended the film to be ridiculous fun? 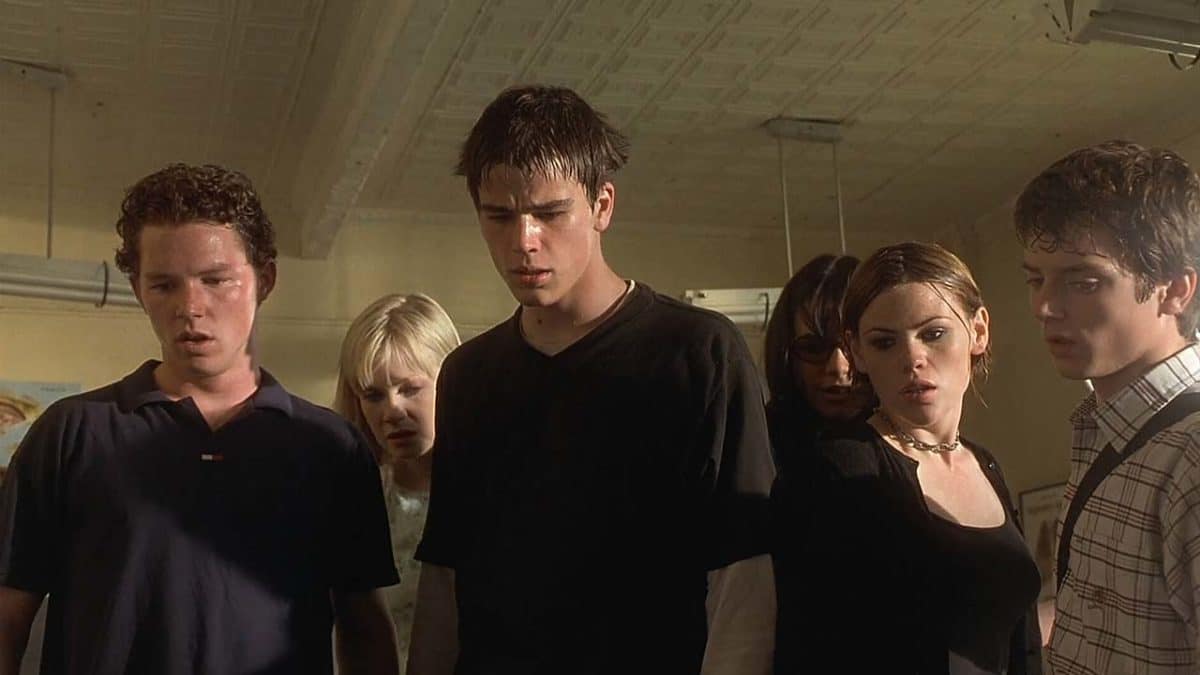 Characters so Weird They Could be Alien

Perhaps The Faculty can be classified as a horror film that doesn’t understand that it’s actually a comedy. The characters are interesting, but they’re written so precariously that it becomes questionable whether or not the writer has ever been in a high school. There’s a cheerleader whose also editor-in-chief for the school newspaper, a drug dealer whose also a genius, a jock who loves academics, and a goth girl who loves the high school quarterback, but tells everyone she’s a lesbian to be left alone. That last part didn’t age well. There’s also Elijah Wood’s character, who’s just plain weird.

Their unique stories add to their characters and make them more interesting, but are only treated as important for about half the film. For the other half, their stories are lost in the alien mayhem until hastily wrapped up by the end.

What makes these characters interesting is not their development but the fact that they make the film funnier than it was meant to be. Their dialogue is borderline cringy, their personalities don’t even come close to meshing well, and sometimes they do funny, entertaining things that don’t exactly make sense, but you just have to go with it. For these reasons, it’s the characters that make the film as good as it is, but they are not good characters.

To Robert Rodriguez’s credit, The Faculty does indeed have some good scares at times and can be downright creepy. Many people are possessed by the aliens throughout this movie and their numbers can be daunting. It’s scary if you have a fear of everyone being against you.

The opening scene before the main credits is pretty unnerving and may be the most terrifying part for its viciousness and unpredictability. Past that, the rest is pretty tame. Even when you see the alien creature in its full form, it’s pretty underwhelming, mainly because the effects and CGI are dated.

The alien-possessed people are entertaining as well because the otherworldly organisms are in control. They make their hosts act the way they think humans act in particular situations, but because they don’t know, it’s funny. The scene in the second half with the football game is the best example because everyone is so over the top just trying to figure out how to blend in.

Whether The Faculty scares anyone or not is purely going to be based on what they can handle. If they haven’t seen a scary movie before, then it may be a bit alarming. If they have, then not so much. What has made this film a cult classic isn’t its plot, its scariness, or anything remotely special for the time. It’s a cult classic because it’s stupid. It’s such a ridiculous yet fun ride that it’s hard not to enjoy.

Great movies should be watched in silence, but The Faculty is great because you can watch it with friends on a Friday night and openly discuss how bonkers it is. Sometimes, those kinds of movies are the best kinds of scary movies. 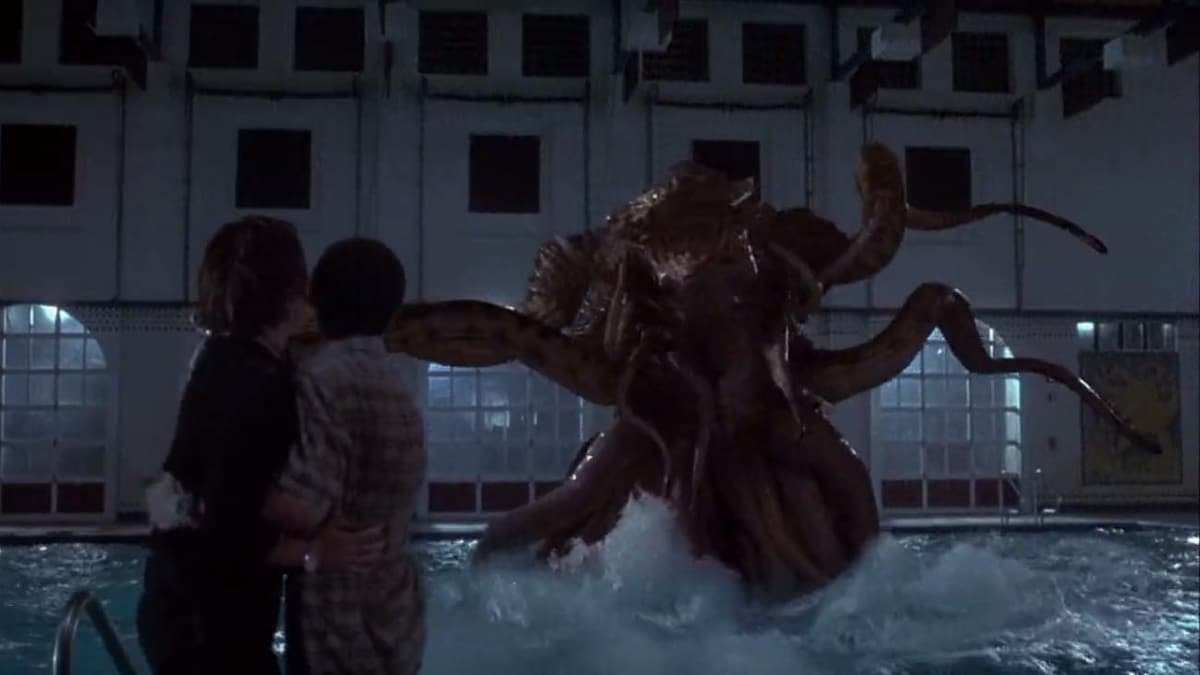