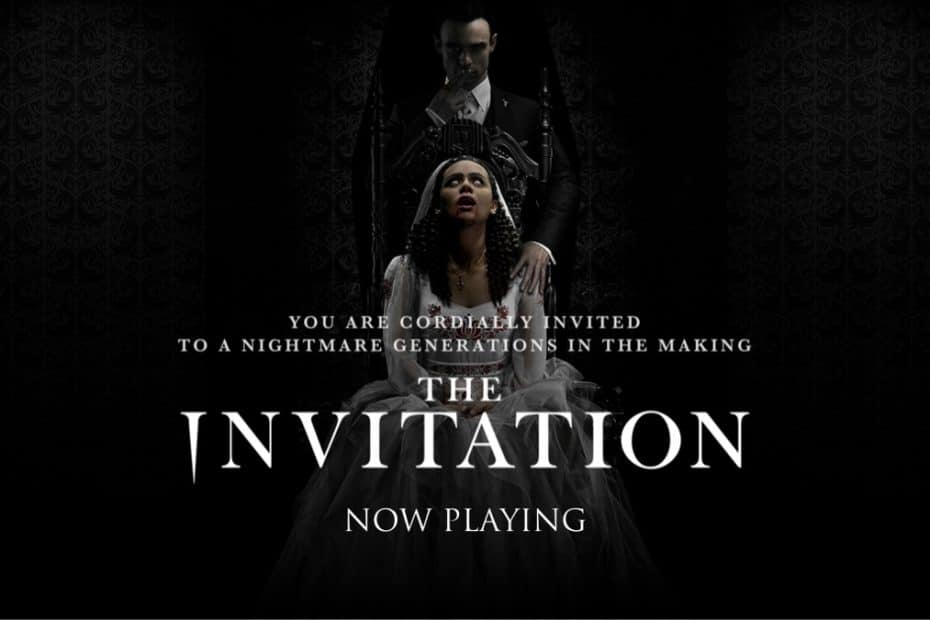 The Invitation is a gothic horror film that premiered on August 26, 2022. It’s a supernatural thriller following the formula of a classic vampire story in the vein of Dracula and Interview with a Vampire

The Invitation is a modestly made film with an impressively small budget, praised for having a likable lead protagonist and adding a fresh coat of paint on the classic story of the local vampire in gothic horror.

The Invitation was directed by Jessica Thompson, who directed The Light of the Moon. The movie was written by Blair Butler, who is known for her work in G4 and in The Talking Dead. The main character Evelyn Jackson is portrayed by Nathalie Emmanuel, who starred in Fast & the Furious series as Missandei. Nathalie’s role in Fast & the Furious developed her acting range and won her an award for her performance.

Nathalie’s costars in The Invitation include Thomas Doherty who was Harry Hook in Disney’s Descendents series and Gossip Girl. The main antagonist Viktoria is portrayed by Danish model Stephanie Corneliussen who has starred as a minor villain in Hansel and Gretel: Witch Hunters. The Invitation is one of her first major film roles.

The main plot of The Invitation follows Evelyn discovering from a DNA test that she has distant relatives in England. Eager to meet her cousin Oliver Alexander, she messaged him and traveled to the isolated estate in the England countryside.

After she arrives and is introduced to the folks living, there she notices many dark and dangerous things. It’s revealed that several people in the manor disappeared. After suffering a nightmare, Evelyn now becomes aware of the family’s dark secret. The film follows her discovery and her attempt to escape the manor. 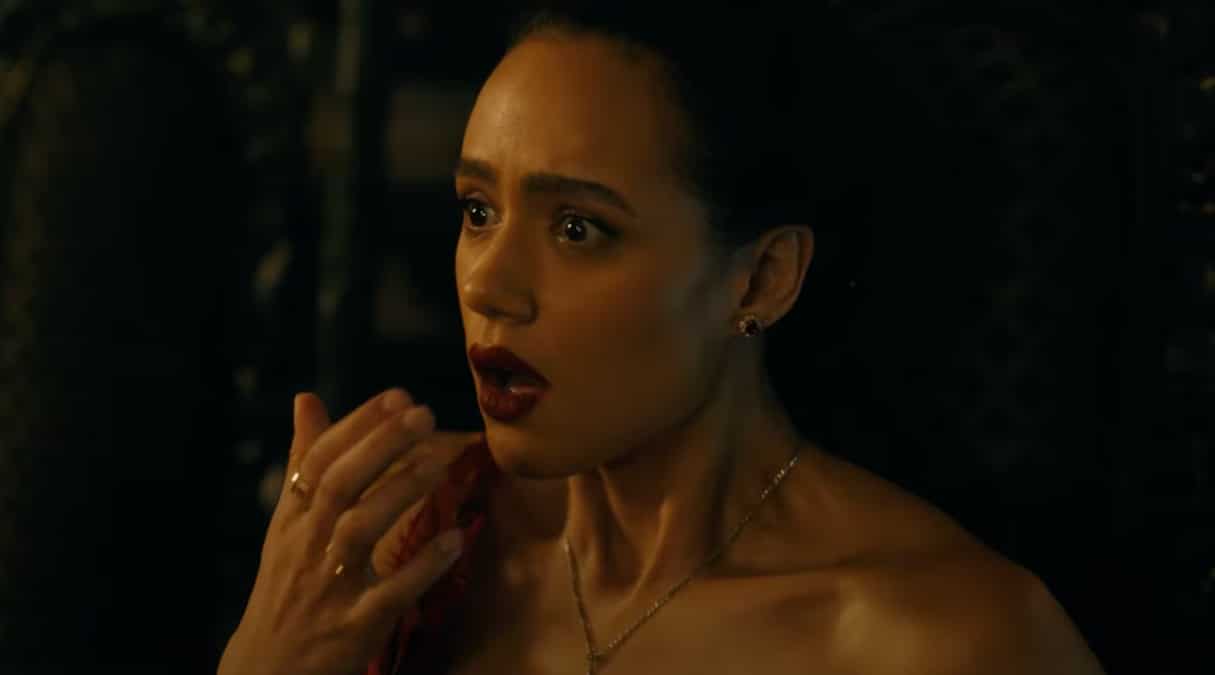 What The Film Does Well

The Invitation is a well done execution of the classic vampire story in the vein of Dracula. These elements include heading to an isolated location, usually a mansion, and encountering vampires as cordial hosts. Vampires having their own secret society and living like aristocrats has always been a part of their early portrayals in media.

It wasn’t until recently in the 21st century when vampires in film started taking on other characteristics. They’re either bestial creatures or super power humanoids with a habit for blood sucking. Seeing them in this form again makes the film very easy to build a suspenseful story, especially after the big success of similar films like Ready or Not.

What The Film Does Poorly

That said, because The Invitation treads on familiar ground, it’s ultimately a predictable film. The twist is easy to predict and understand, the vampire acting is fairly hamy, and once the reveal happens the rest of the film becomes rather one note.

The movie also ended in an open ended way that doesn’t completely resolve the story in hopes to continue it in another movie. Because of the movie’s predictability, it’s not shocking or suspenseful due to familiar tropes being used. The movie relies on the audience’s suspension of disbelief to be scary and that’s a big weakness.

Overall, The Invitation is an average vampire movie that doesn’t do anything different but takes the classic approach of vampires and does it well. As a film, it’s a rental to watch which doesn’t need the theater experience. There is a list of films that do what The Invitation does better, although the film is a fun return to the aristocratic vampire. 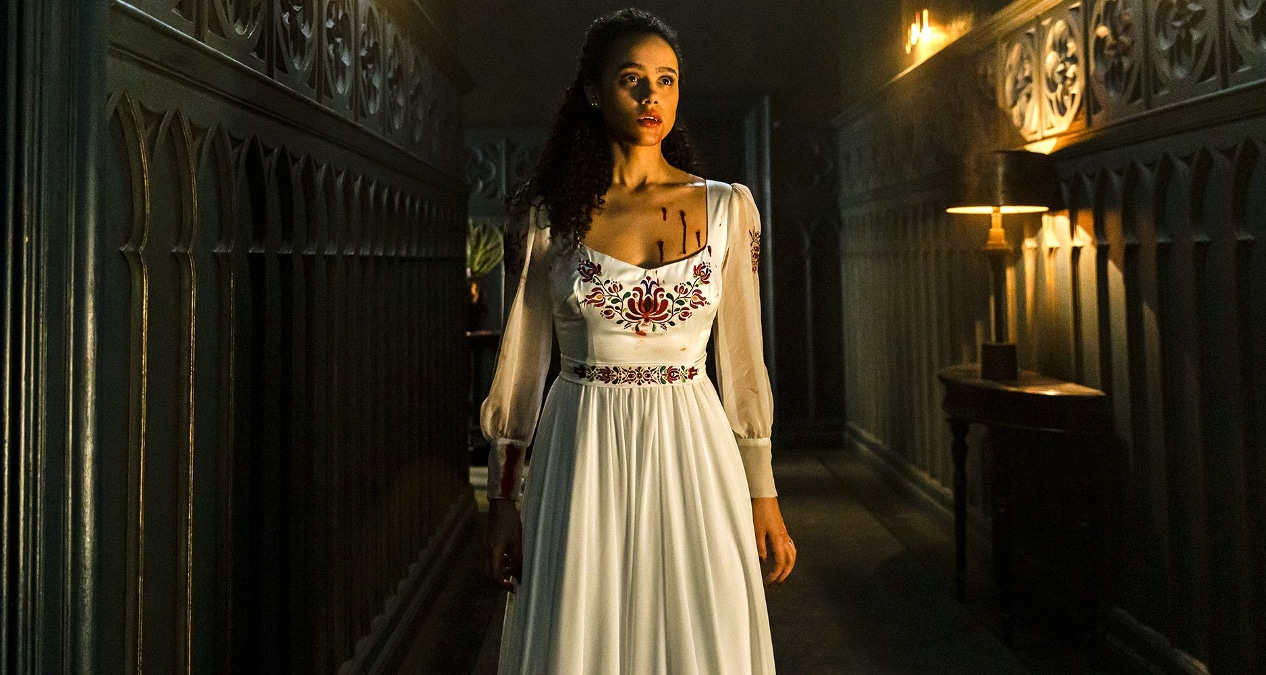