Home > The Ritual: A Novel Review

The Ritual: A Novel Review 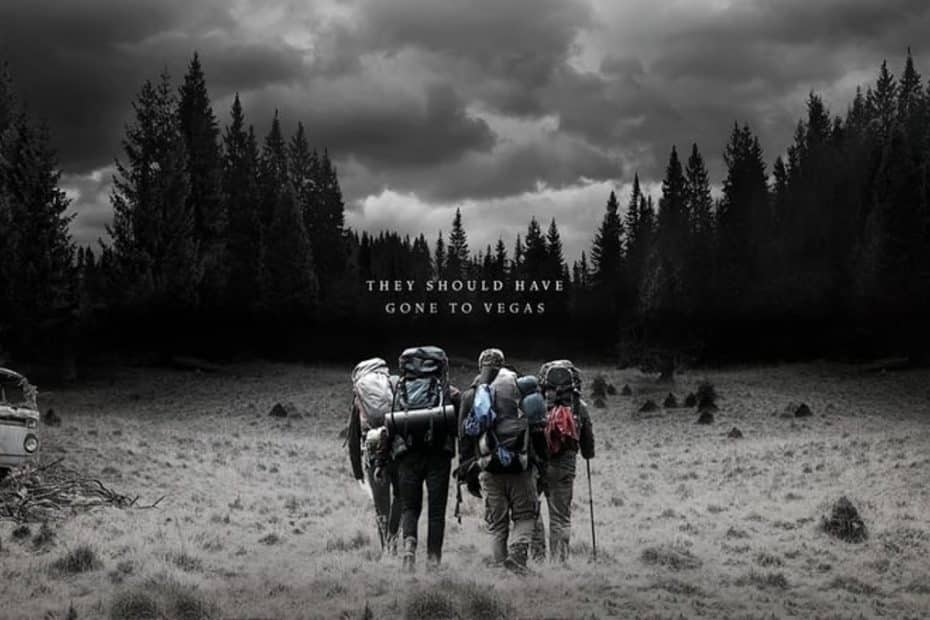 Tale of Friends Who Should Have Stayed Home

Like his friends, Luke was looking forward to the hiking trip through the Swedish mountains. He’s been languishing away in London for years with no direction, and his frustration with life was building every day to the point that he was afraid he would reach his breaking point. The trip does not go nearly as well as they would have hoped, though.

He and Hutch were the only ones who properly prepared for the rugged mountains. Dom and Phil were less so and very early put the trip in jeopardy. When Dom’s knee is injured, the group calls an audible and takes a risky shortcut through the woods where, upon entering, they come across something startling, a completely gutted and rendered bear carcass hung from a tree. The friends have no idea how it could have gotten there but soon find they should have taken it as a warning.

Soon they are lost in the dense wet forest, and there is no end in sight. Tensions mount as the four’s differences get to Luke, and thirst and starvation quickly become a problem. However, the harsh and unforgiving woods aren’t the only threat to their lives as something ancient and beyond belief resides within the woods, and it’s watching.

A Tale of Survival

The Ritual is a tale of survival with a supernatural twist. If it wasn’t hard enough to be lost in the woods with dwindling rations, it becomes apparent that something is not right when the friends experience similar haunting dreams when they come across an old rundown cabin. The forest is full of old runes from the Viking era, but they have an odd power as they only make their uncertainty towards their dreams even more haunting. Then they find evidence of human sacrifices. They may not fully believe the power of the place they find themselves lost in but the reader feels it. The characters do, too, when they hear the beastly roars of something in the distance.

Nothing that happens in this novel by Adam L.G. Nevill would work if not for his mastery of setting and description. The group’s isolation is felt from page to page, and it’s easy to forget there’s an outside world waiting back home for them. The woods are constantly experiencing downpours and each splash from a leaf can be felt as Nevill taps into feelings and sensations that everyone knows vividly. It’s clear he did thorough research for this work, from ancient lore, and the woody environment, to the harsh effects of the wild on the individual.

The first half of The Ritual is largely character-driven, focusing on the group and the strange things they come across. The second half changes the story almost completely as it becomes a survival tale of a different yoke. Antagonists are introduced and they are adequately intimidating, given the circumstances of the story. This second half may prove to be polarizing, however.

Anyone who has seen the film adaptation has an idea of what will happen, but what occurs in the book is different and on a smaller scale. The film version of events may make more sense given the themes, but the novel isn’t devoid of tension or scares either. The book ending may equally be as polarizing. It seems to have a good message, but it’s undercut by nihilism. Ultimately, as haunting as it is, it doesn’t seem to resolve the central conflict set from the very beginning. 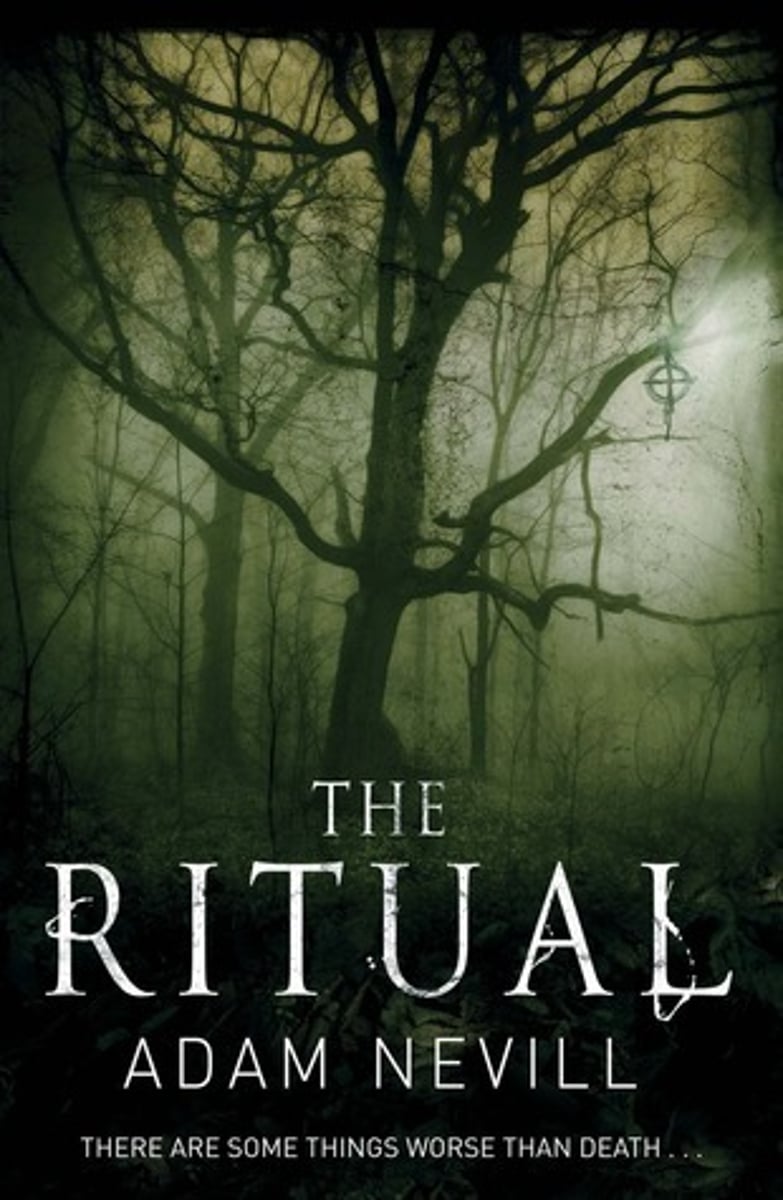 Adam Nevill is great with his characterizations in this novel. Since the story is from Luke’s perspective, he’s the most fleshed out, and his inner turmoil is relatable. All his friends got married, had kids, and had successful careers. Luke, on the other hand, took a more free-spirited path from their college days. Unfortunately, his choices left him without a career, working menial jobs to get by, and no wife. His life has become stagnant and he grows angrier and angrier by the day.

On this trip, he’s the odd man out among his friends who are each experiencing their own hardships worlds apart from his. The others are fleshed out well, except for Phil, who doesn’t say much or have many distinguishing characteristics other than being overweight. Hutch is the heart of the group, keeping them together and calm, even as the rift between Luke and the other two widens more significantly. Dom is essentially that friend that one would have to really know to love. Otherwise, he seems like a jerk. His sarcastic and at times hostile attitude lends greatly to the tension among the group, making him the story’s first unofficial antagonist, even though he’s ultimately a good person.

Despite their differences and their less desirable attributes, it’s easy to relate to these characters as they each carry life struggles that many have and will experience at some point in life.

The Ritual wastes no time alarming the reader. In the first chapter, they discover a mutilated bear hanging from a tree to tell readers this is going to be a brutal story. Much of it is the four friends trekking through the trees to find a way out, but tension builds subtly throughout, leading to the experience in the cabin where they are told for sure that something is not right. Nevill reminds readers that although they can’t see the danger, doesn’t mean it isn’t there.

When it does appear, it’s ripping people from sleep in the dead of night with their screams echoing in the darkness. The thing in the woods is scary because it’s never seen fully until the end. There are only small descriptions intricately placed in the book to give hints as to its shape and size, but each detail hits home.

When the creature does present itself, it brings a generous elevation in dread and terror to conclude the first half of the novel. The climax is the most pulse-pounding part as it’s a relentless struggle to escape the beast, for which its full figure is seen. Although the end of the book may or may not be satisfying, this final confrontation is.

The Ritual is a nerve-wracking experience that feels oddly personal. Adam Nevill knew what he wanted from start to finish and delivers expert storytelling on a human scale with a dash of the supernatural that somehow feels real and of this world. This novel isn’t without its flaws, but the pluses outweigh the negatives. Anyone who enjoys nihilistic endings shouldn’t take any issues with this story, but those who do should know it won’t have a happy ending.

That being said, it’s worth the read for any horror fan. They can decide for themselves how they feel about the second half. They can also watch the movie adaptation by director David Bruckner and decide which interpretation they think is better. 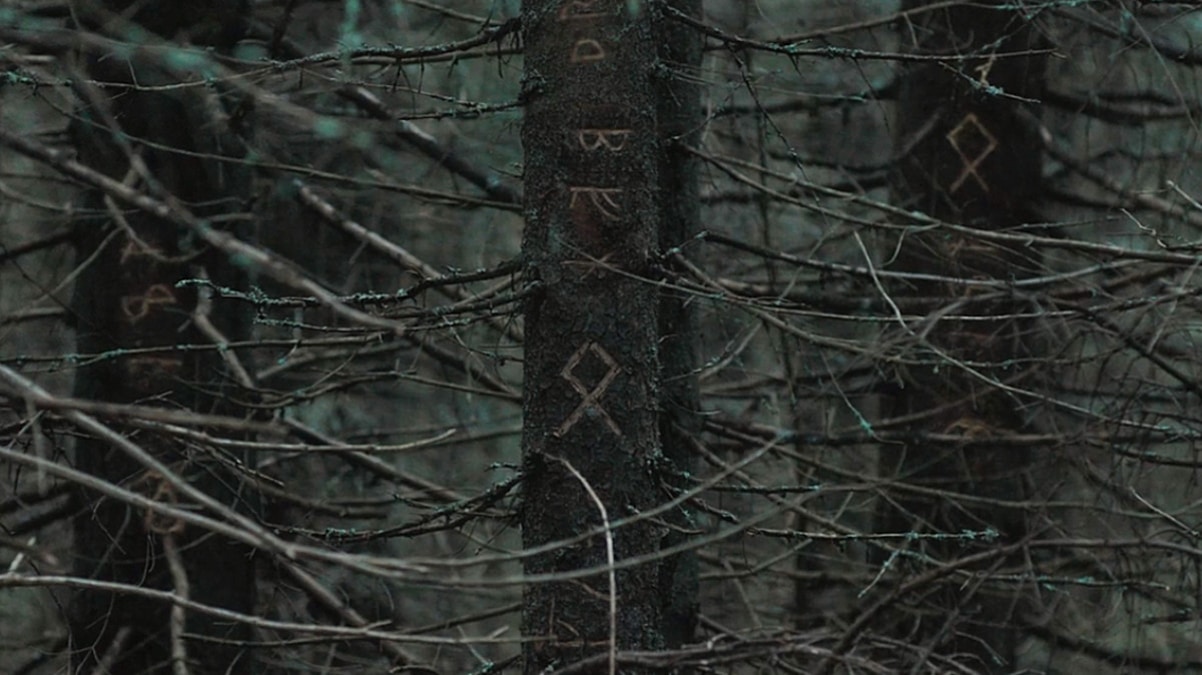