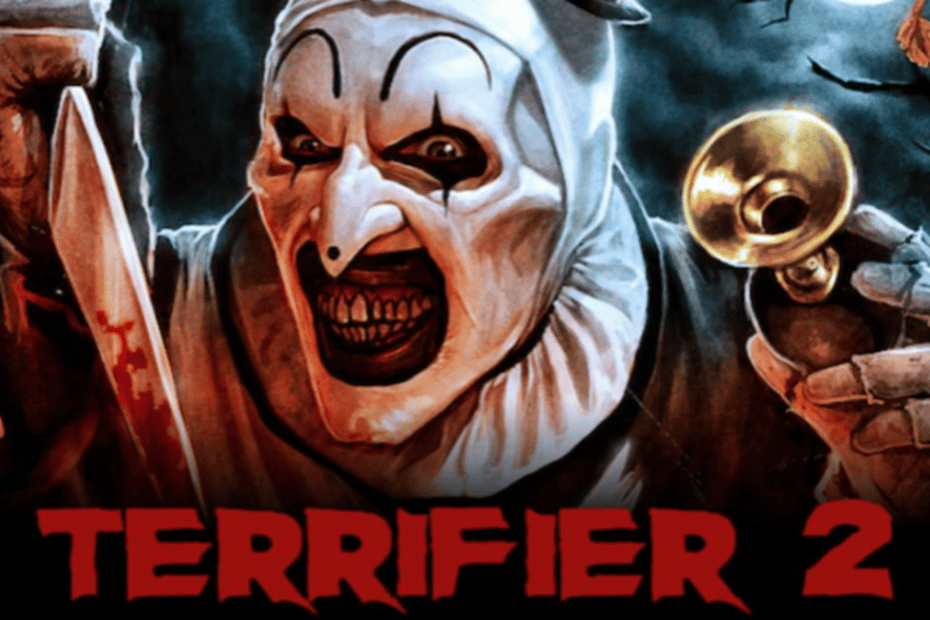 Maybe Skip the Popcorn for This One...

In 2016, a new face of fear stepped onto the scene and carved a bloody path into the limelight. He’s a man of few words but takes joy in his work. His name is Art the Clown, and in his movie Terrifier, he made himself a known figure in the horror community. This year, with the release of Terrifier 2, he made himself into a horror icon. It’s not often that a movie comes along and challenges viewers to sit through to the end. This highly anticipated sequel put all who dared view it to the test. The film was said to be so gory and horrific that it literally sent viewers running out of the theaters. This alone gave it a reputation that saw its limited release extended, earning the movie a box-office return well above its budget.

Following the events of the first film, Art finds himself back from death to continue his bloody rampage for another year. But this time, he’s not alone. A startling presence has made his acquaintance, and the two have a lot in common. Art is no longer just a man causing havoc. He’s a supernatural force of nature. However, he may have more on his plate than he can handle this time around. Elsewhere, Sienna Shaw and her brother Jonathan find themselves in a startling connection with the killer clown. They’re seeing him in dreams, in the news, through visions, and each time he’s getting a little too close for comfort. What does the psychopath want with them, and can the Shaw siblings possibly hope to survive his wrath?

Terrifier 2 sees Art back with a vengeance to carve a new path of mayhem. But this isn’t a cut-and-dry slasher. Whereas the last film had Art following victims through an abandoned building, Terrifier 2 benefits from a more refined story. Art is somehow connected to the Shaw siblings, a factor that isn’t explained. It’s understood that it’s not supposed to be. The narrative is left open-ended to explore in future installments, which isn’t a detriment. Fans may not have known what to expect after the first movie, so this one gives them plenty of familiar material to enjoy as it carefully lays the path for a larger story. The stakes are higher. Ample attention is given to the main characters to build them up for viewers to root for them. The Shaws are more than just victims. They’re heroes and characters that fans will want to see again.

Despite the more elevated and refined plot, Terrifier 2 retains everything that made its predecessor so beloved. The atmosphere is grainy and dirty. The tone is heavy yet light due to Art’s ever-approaching presence looming over everything. And, of course, it’s about as blood-soaked and depraved as one would expect. Terrifier 2 succeeds where many horror sequels fail by upping the ante. Damien Leone wisely started small in his first film because it left plenty of room to further add to and develop this universe he is gradually introducing fans to. The characters are elevated. The story is elevated. To the bane of those who didn’t know what they were getting into, the carnage is elevated. If there is anything that hurts this movie, it’s the over two-hour runtime. This length certainly does benefit the narrative, but it easily could have been 10-20 minutes shorter. The pacing would have felt a little less disrupted at times. 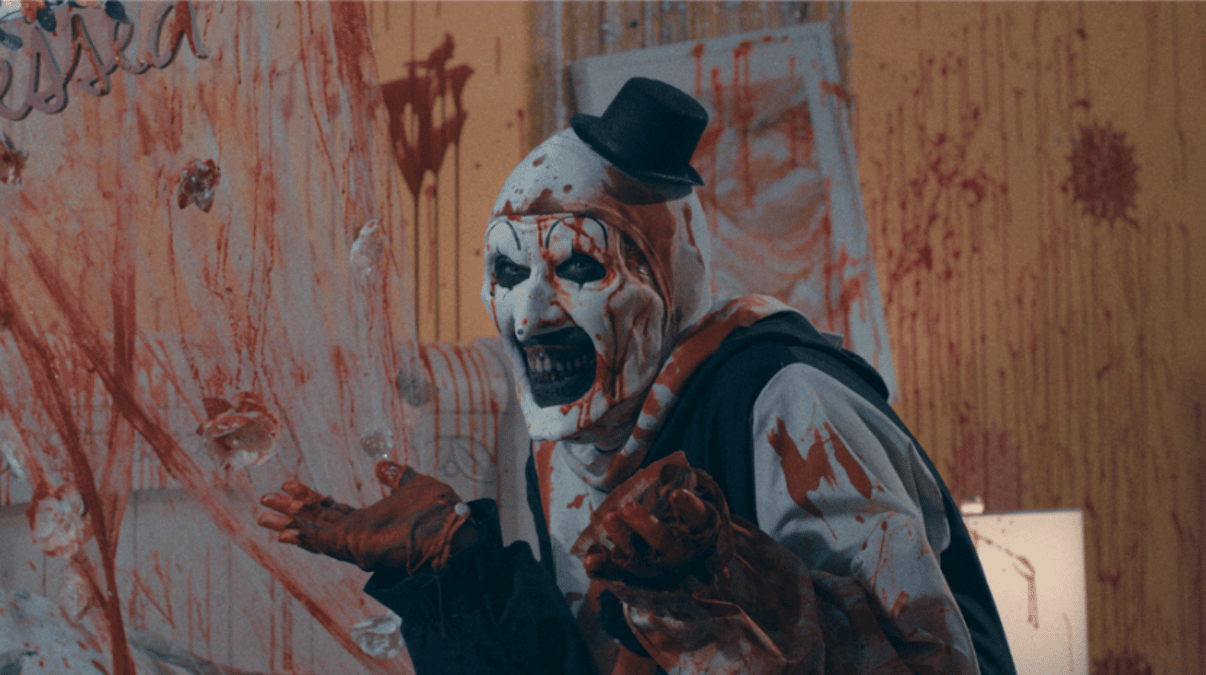 Is There a New Heroine in Horror?

Lauren LaVera plays Sienna Shaw as the perfect foil for Art. The silent psychopath is relentless, taking all manner of damage and continuing to stalk and mutilate to his delight. Sienna is strong-willed and formidable, and she’s only a teenager. She can take a beating but isn’t willing to give up. Even Art is surprised someone can put up such a fight. Sienna is fierce but vulnerable, emotional but strong. If she’s comparable to any other final girl in horror, the closest may be Laurie Strode from the Halloween films. But keep in mind that Sienna’s story is only beginning.

Art (David Howard Thornton) is about as crazy as ever, but fans can argue whether he’s a bit more viscous in this outing, maybe even a little angrier. The only other vital character is Jonathan (Elliot Fullman), Sienna’s younger brother. He’s affected by whatever prophesy connects him to Art same as Sienna, but there’s a sense that his role is yet to be defined. He’s mainly a damsel in distress here. He’s a great character, though. He’s annoying like a little brother should be, but he’s also smart for his age. Samantha Scaffidi is the only other character aside from Art to return. The severely deformed and deranged Vicky from the first movie only has about a minute of screen time. But while her future in the Terrifier series is uncertain, it’s clear by the film’s end that she will be a significant presence moving forward.

What Kind of Bloody Trauma Can be Expected

As said above, Terrifier 2 ups the ante on gore and carnage. Here’s an example of the kind of kills one can expect. One scene, in particular, sees Art attacking someone for a long duration. He keeps going and going. When you think he’s done, he comes back and continues. This referred-to scene is possibly the one sending viewers running from the theaters. To be fair, the entire movie is pretty gruesome. From minute one, moviegoers are shown exactly what kind of movie they are watching. From there, it’s a test of endurance to the end. Essentially, Art is acting out all violent thoughts a child might have when playing with action figures. For anyone who loves gore and brutal kills, buckle up because you’re in for a ride.

Anyone who loved Terrifier, or at least possesses a strong constitution, will love this movie. It’s got everything fans loved about Terrifier, but the series is growing and expanding in all the right ways. In most slashers, there isn’t always a hero. Most people root for the killer, actually. Terrifier 2 presents a final girl fans can be proud of. Not since Ellen Ripley from Alien has a heroine had more guts. There’s no telling what to expect in the sequel, but rest assured, there will be one, and it will be madness. Director Damien Leone hasn’t said much about what he’s planning, except that the story he has so far is huge. So huge that Leone is considering splitting it into two movies to avoid a longer runtime. How much crazier can Art’s story possibly get? 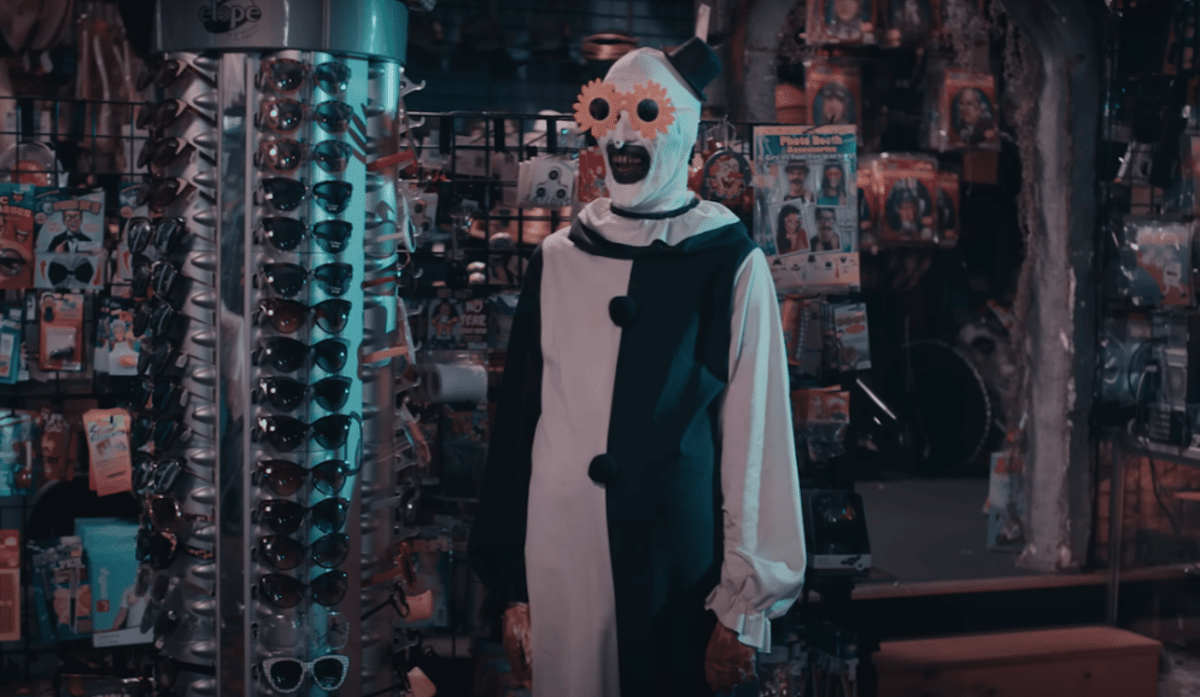 previousNope (2022): A Review
nextThe Crew of “The Loneliest Boy in the World” on DTL