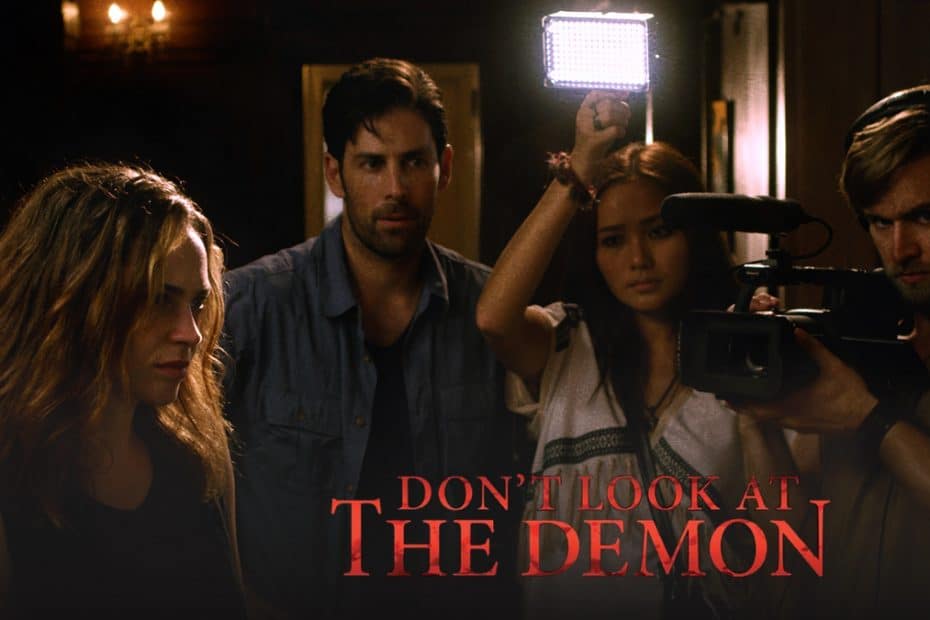 A Plotline Well Played… Out

Don’t Look at the Demon is a tale as old as time following a group of paranormal investigators traveling to Fraser’s Hill in Malaysia after receiving a desperate plea for help from the homeowners (Malin Crépin, William Miller). Written and directed by Brando Lee, the film blends a dash of truth with a heaping helping of artistic liberties. The film opens with a brief history lesson of an old (and quite banned) ritualistic practice, Kuman Thong:

“The desiccated fetuses of children who died whilst still in their mothers’ wombs. Witch Doctors were said to have the power to invoke these stillborn babies, adopt them as children, and use them to help in their endeavors.”

Don’t Look at the Demon shows documentary style paranormal investigators – who strictly forbid breaking the fourth wall – encountering a real possession in progress. The walls come down, both figuratively and literally, as the plot attempts to thicken.

Jules (Fiona Dourif) is hiding parts of her past not even her longtime boyfriend and producer of the show, Matty (Jordan Belfi), can crack open. Annie (Thao Nhu Phan), their newly acquired translator for this Asian excursion, also has secrets she keeps – and perhaps adds some of her own influences to her translations. While the crew (Harris Dickinson, Randy Wayne) is talented each in their own way, it’s obvious from the get-go that open communication is not one of them.

While not a completely original idea, the acting is what makes this film stand out for ghostly enthusiastic audiences. Jules is convincing as someone with a dark secret eating away at her since childhood. Her true abilities are shown to us in brief glimpses as they approach the house, and further develop as the crew takes their first tour.

We notice her unique skills as she notices seemingly insignificant things as she passes them – the white flowers, for instance. We see a busy crew prepping for a show while Jules appears distracted by little things the others are oblivious to, as if disinterested in the project. We soon find out our own ignorance prevents us from seeing the truth. 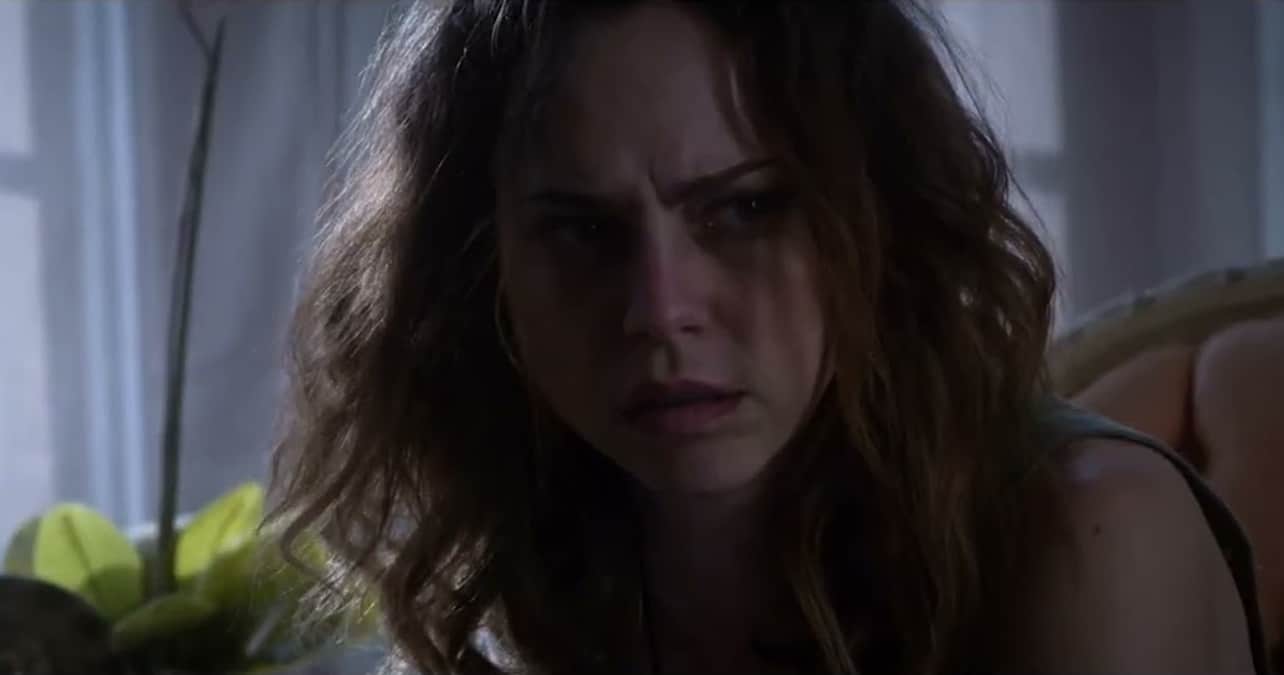 Speak Now or Forever Be Not at Peace

The opening scene shows her as someone not fully committed to capturing the desired footage for the sake of creating another popular show. She isn’t willing to stand by and allow harm to happen to others for the sake of entertainment, but is quiet in her protests. As the film progresses, the not entirely convinced crew begins to have experiences they’ve never encountered before, her protests become more desperate and insistent.

She tries to protect them by saying enough, she’s well past her comfort zone, yet won’t remove their ignorance of an increasingly dire situation by being transparent about her personal experiences – risks she took forcing her to learn unforgettable lessons. She leaves her crew in ignorant bliss, while they continue to provoke and empower the entities.

Ignorance is Far From Bliss

Originally deeming the home empty of paranormal activity, Jules agrees to stay a night for the sake of the show – and Matty’s insistence. As the spirits become more obvious, a downward spiral into the traumas of her childhood begins to stir. When events become too intense, she immediately rushes for pills and chain smoking, pleading with the others to leave immediately. She did not sign up for what is in store for them, all the while claiming what she knows could happen is too horrible to share with her crew/friends.

However, we see that her attempts to keep everyone safe by omitting her own experiences does more harm than good. Ignorance is the root of evil, as oft repeated by a Thai monk (Konglar Kanchanahoti) from the beginning of the film. Ignorance of the true threat of what lies in wait inside the house provides a false sense of safety for the crew, who have yet to experience any convincing evidence from their previous jobs.

Don’t Look at the Demon premiered in theaters on October 7th, 2022 and will be available to stream on VOD this Tuesday, November 22nd. Decide for yourself – is it worth a scare or not a care? Check out the trailer below and decide for yourself if you’re willing to look evil in the eyes. 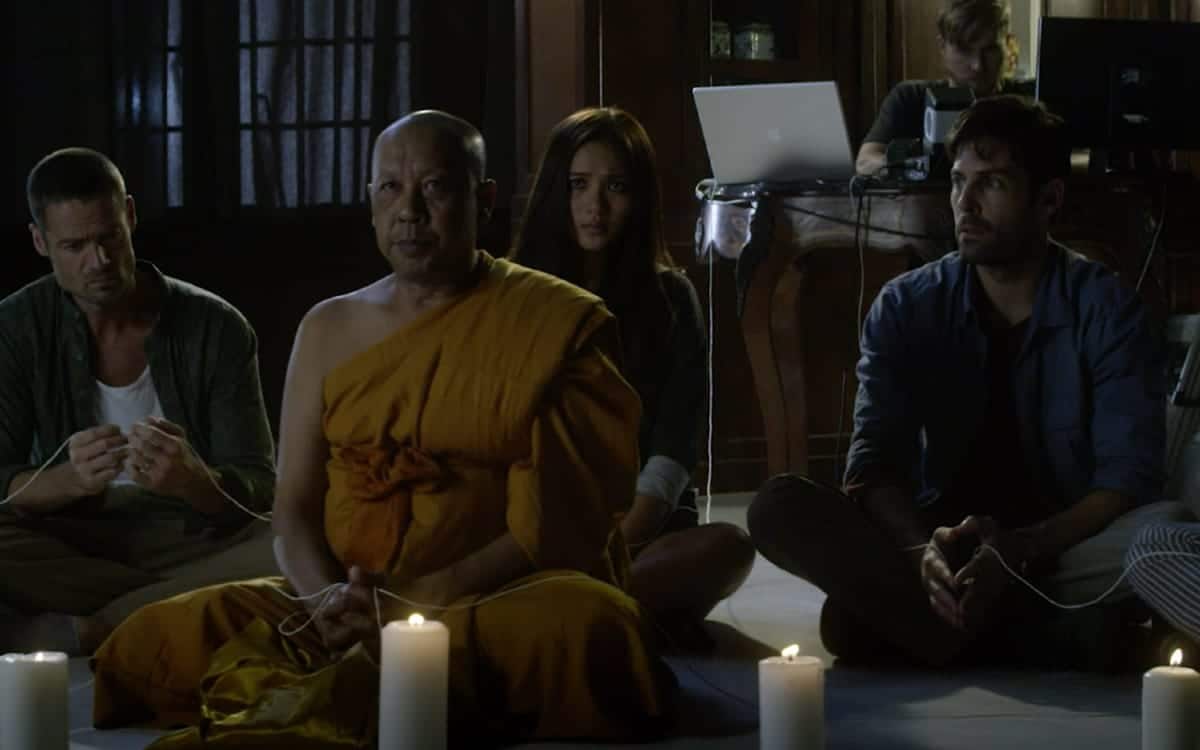