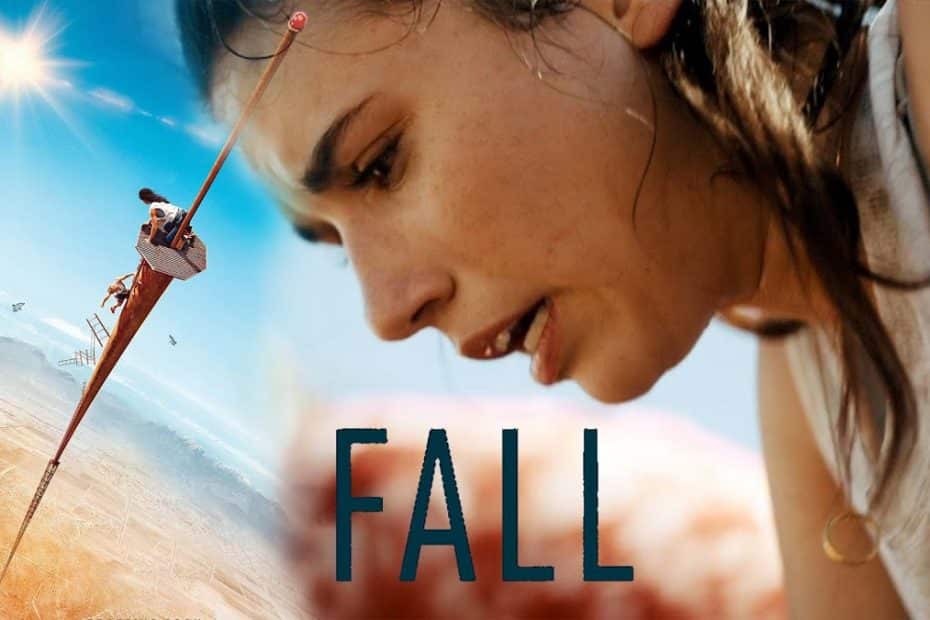 2022 was an average for most moviegoers and the films that did appear to stand out didn’t garner consensus amongst critics. However, no cinematic year is without surprises. Often a movie arises from what seems like wisps of air and exceeds all expectations. These are the “sleepers” and of all the 2022 films, Scott Mann’s cinematic release Fall more than earned this title.

Fall is a terrifying thriller with a 107-minute run time of pure pulse-raising edge-of-your-seat drama. It becomes apparent early on that this film is to be experienced. And the experience is jaw-dropping. Mann fixes a vice grip on the viewer’s parietal lobe and doesn’t let go.

Unbelievably, Fall was not crafted to be a full feature. Instead, Mann and his co-writer Johnathan Frank framed it as a short. Eventually, the two were led to expand the piece. As fate would have it, they pitched their project, someone bit, and the rest is history.

Thematic Simplification of the Complex

Thematically, Fall is unambiguous. It’s about fear and trying to regain control after a tragedy. The film presents a complex process in a way that invokes the senses. There are levels of grief and it’s challenging to face the world after a monumental tragedy changes your life’s course. Imagine being forced to face fear in the most extreme way possible. That is the nucleus of Fall.

What Mann does with few characters and one prominent backdrop is impressive. Grace Currey and Virginia Gardner are amazing. Their range is incredible. The depth of emotion both convey is indeed worthy of mention. They masterfully pull the viewers into the story, creating an immersive experience. The watcher can feel every measure of angst and apprehension that Becky feels. When she dangles, we dangle. When Becky stretches to reach beyond to survive, so does the audience. The frustration, the anxiety, and the sense of hopelessness are real to us all.  There is no denying the casting is spot on. That leads to the mention of Jeffrey Dean Morgan, who serves as an additional treat. Even in his limited screen time, he makes an indelible mark as the empathetic father at the end of his rope. 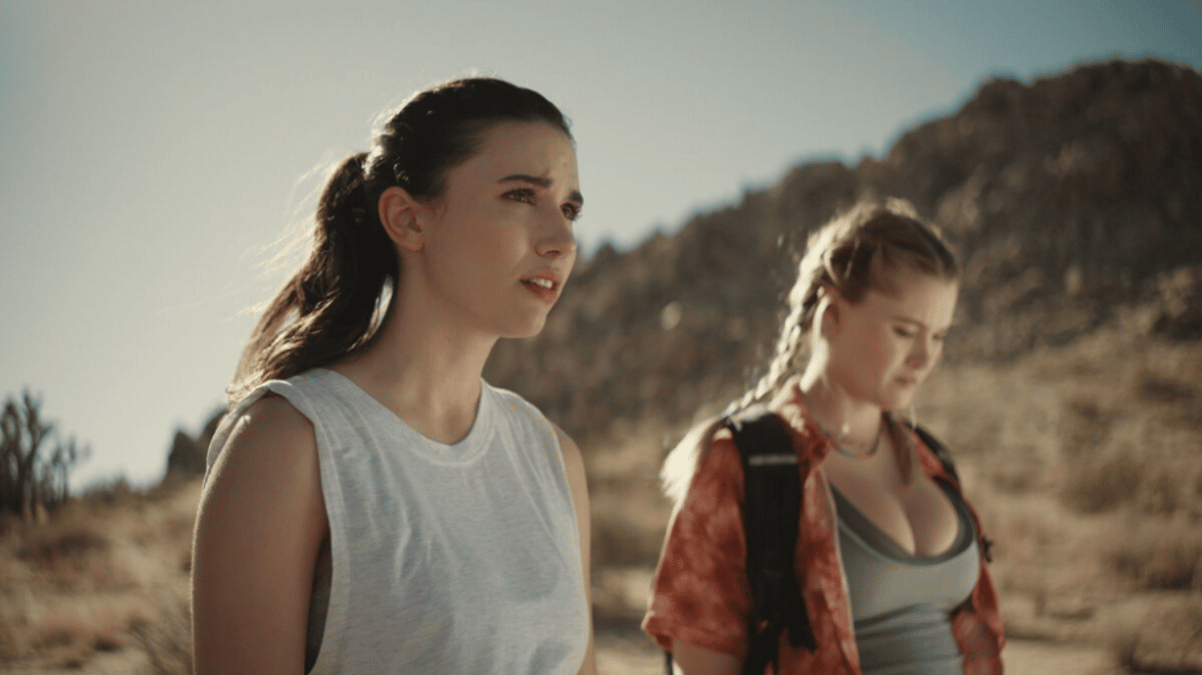 So much is praiseworthy about this film. That includes a few uniquely satisfying surprises. One could define them as gasp-worthy. One reveal will change how one sees the relationship dynamic of the two friends and the other brings viewers face-to-face with desperation interlaced with fear. It begs the watcher to consider the lengths such could take to a person mentally. Refreshingly, the film concludes on a satisfying note.

There’s Always a But

No movie appeases one hundred percent. Someone will always find a flaw. The biggest flaw in this film is the believability that something like this could happen. Viewers may find themselves critiquing the primary characters’ common sense and survivalist expertise. Some would expect more preparedness from individuals that are fundamentally extreme adventure seekers. But as one journalist phrased, “Placing your characters into these wild circumstances often requires stupidity. Don’t waste time questioning how these women could climb to their deaths without considering what could go wrong.” That is an excellent point to consider.

Fall is a film well worth the investment in time. It is a piece, especially for those who like thrillers and survival films such as Everest (2015), 127 hours (2010), Alive (1993), or Crawl (2019). However, a warning is necessary for those who have acrophobia. This film could trigger intense anxiety. This film will push viewers to grit their teeth and hold on for dear life. So even if this sparks the smallest amount of intrigue, Fall is available for all viewers on VOD (Video on Demand). 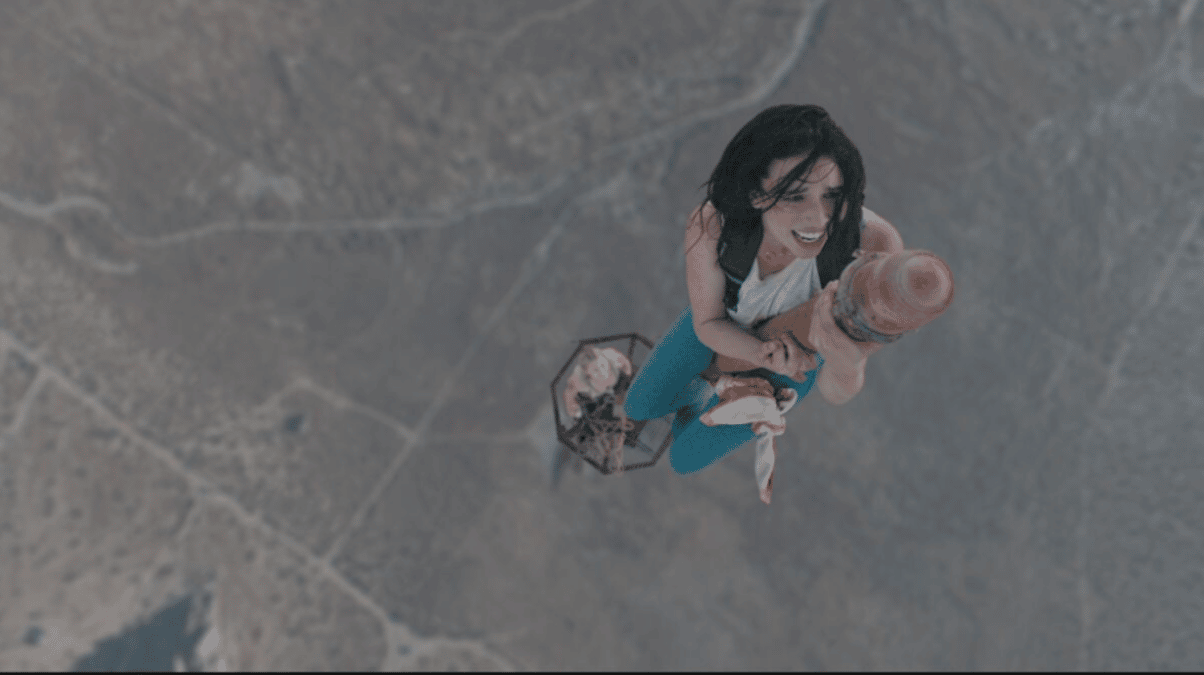