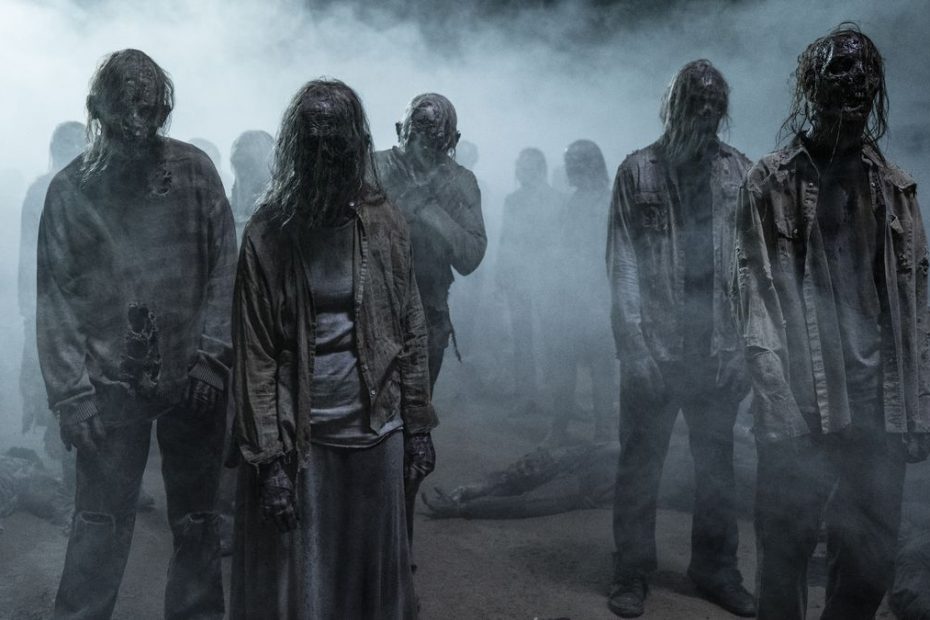 The Most Ravenous Undead

One of the most well known icons in horror are zombies. There are hundreds of films based on zombie outbreaks and apocalypses. Movie fans have seen dozens of films that range from bone chilling horror to gut busting comedies. Video game players have slaughtered their way through legions of them in action, horror, and a mix of both.

Even comic book lovers aren’t safe as zombies have stalked their way into the strips of many comics, whether they are the main threat in an original story or they infest our favorite superheroes, and turn them to the horde. The fascination of zombies and the subgenre surrounding them stems from the myths and folktales of our ancestors. Many of them are usually the result of unfinished business and unfortunate souls cursed until they rest in peace. Others are brought back by the effects of necromancy and voodoo rituals popular in many cultures.

Humans by nature have a fear of death and the uncanniness of dead things. This fear manifests in mythological beings like the wandering revenants of middle age Europe that attack the living near places of great burial. Scandinavian Draugr are undead vikings cursed to guard the treasures of their graves for all eternity and are mostly warnings for no tomb raiding. FInally there is the German Nachzehrer and Japanese Gaki, which are either cursed beings doomed to eternal hunger or unsettled spirits.

The modern perception of zombies are a mix of these fantastical elements with some forms of media trying to form some scientific explanation for the plague, whether it’s a virus or parasite. Regardless, the mysticism of zombies have grasped their rotted hands on the imagination of countless viewers and creators.

In the comic books and popular television series, Rick Grimes was shot and placed into a coma and when he woke up, the world was besieged by a zombie apocalypse. The zombies in the setting are identified as walkers and explanations for their arrival tends to have different theories in the story.

Walkers tend to be in all manner of design and appearance, with many of them being incredibly gnarly and mangled. Technically they are long dead corpses that still move and twitch unless they’re dismembered or decapitated. The walkers spread from bites, scratches, or the death of a human being as long as their brain isn’t damaged. After some time, they will rise and start attacking anything alive in their vicinity.

Because of their disturbing appearance and near relentless search for flesh, walkers are threatening anywhere that make cornering caravans and travelers easy. That means large cities, secluded forests, and town areas are the most dangerous places to be. A walker horde can tear into a human being with enough strength to leave the body a gory wretched mess within minutes. Even if the characters are lucky enough to avoid this fate, one scratch or mortal wound is an immediate death sentence.

Dwelling in the wild over The Wall in Westeros lies a dark chilling threat. Supernatural beings that are prophesied to bring the great chill and end the world of the living. They are the White Walkers, also known as the Other or the Dead Army, and they are one of the primary antagonists of Game of Thrones.

Because of their supernatural influence, White Walkers are more inspired by the myths of Norse Draugr and English Wights. As a result they have magic powers fitting for their element of ice and any creature killed by them joins the legion as another White Walker. This is a part of what makes them so lethal. Every victim of their attacks will become a part of their force.

In the tv series, the leader of the White Walkers is known as the Night King and he’s one of the oldest and most dangerous antagonists in the show after playing a prominent role in the finale. The threat of the White Walkers was a part of the reason why an ancient ruler Aegon wanted to ensure the realm was united and secure. 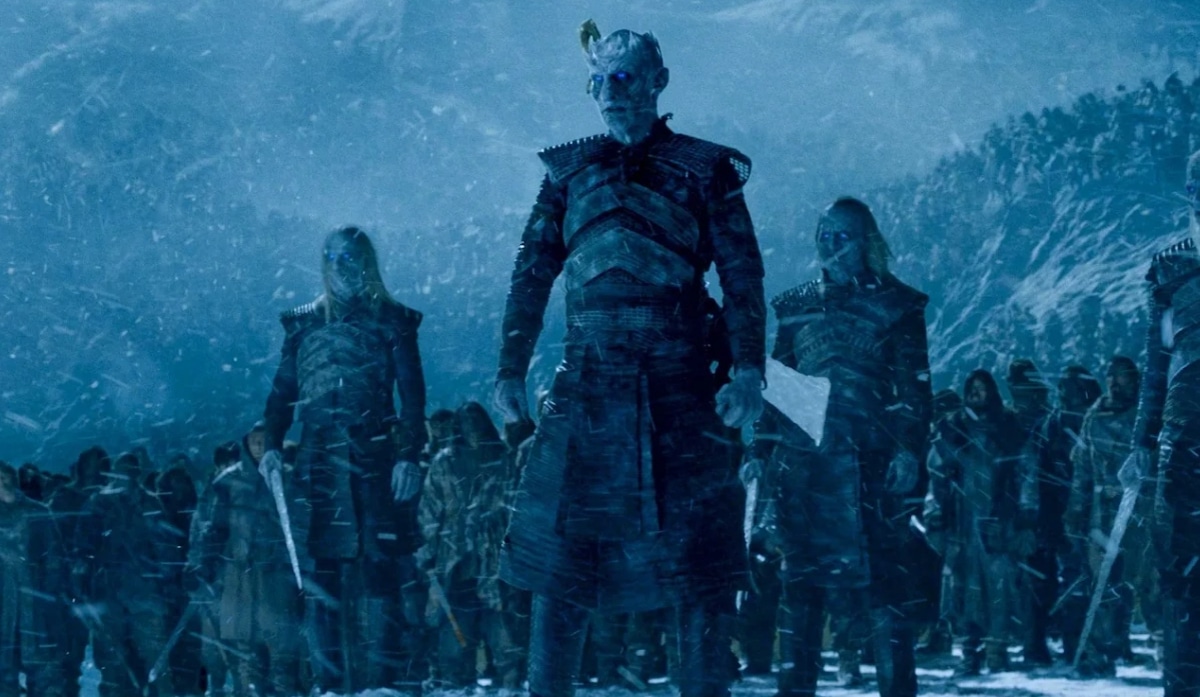 3. Them – Highschool of the Dead

In the manga comics and anime series, a new zombie siege is focused on Japan however it’s alluded that the outbreak is widespread across the world. The zombies are called “Them”, they are one of the few examples of ruthlessly portrayed zombies in Japanese anime and manga. They can twist their bodies and contort their joints in order to reach and bite at their victims. This makes contact with them a dangerous endeavor.

“Them” are described to be blind. As a result they are sensitive to sound, making every confrontation with crazy humans and tripping over objects or misfiring weapons. Because of their tendency to swarm at the first sound they hear, guns become inconvenient and a majority of the main characters in the series use bats, swords, or other more physical ways to defeat them.

Resident Evil is filled with all kinds of creatures classified as B.O.Ws or Bio-weapons. The reason they’re called this is because all the creatures in the franchise are engineered or created in a laboratory by the insane scientists of Umbrella. One of these Bop-weapons was the accidental exposure of humans to the T-virus.

Humans afflicted with the T-virus begin to rot and lose brain functions until only they’re primordial instincts to feed are left. At this stage they become “zombies” and are the most common threat in the Racoon City era of the Resident Evil storyline, skulking in the Arklay Mountains and the city itself when the outbreak grew out of control.

T-virus zombies are generally slow but what makes them scary is that they tend to ambush when the characters are in claustrophobic spaces. Resident Evil Remake introduces a fiercer variant of zombies. If they’re not decapitated or incinerated, they will return as the viscously violent crimson heads. They’re very fast and can tear up health in minutes with their mutated claws.

According to the lore of Resident Evil, the final “evolution” of the T-virus zombies are the skinless, large clawed and long tongued lickers, which first appeared in Resident Evil 2. The lickers are blind due to having enlarged brains, but they can hear running and shooting so it’s best to slowly move around to avoid them or be a victim of their attacks.

Perhaps the most important zombie in popular culture. George Romero’s original zombies, also known as ghouls in the 1968 original Night of the Living Dead, are the trope codifiers of modern zombie related cinema. Believed to have been caused by some space radiation or experiment gone wrong, the ghouls of these films were slow but relentlessly purposeful, overwhelming unsuspecting people with horrific results.

They also have a variation of appearances depending on the makeup Romero was able to put for his zombie cast. Some look like embalmed corpses from a cemetery which makes sense in context to Night of the Living Dead. Others are mangled with rotting wounds, cuts, gashes, and all kinds of gore spilling out like in Day of the Dead (1985).

Because of their eerie presentation and the effectiveness of the makeup, George Romero’s ghouls live on as inspirations for every modern version of zombies from the ones in Resident Evil to the walkers of The Walking Dead. Almost every single depiction of the undead is based on Romero’s films and many take inspiration from artwork to even having him on the project. 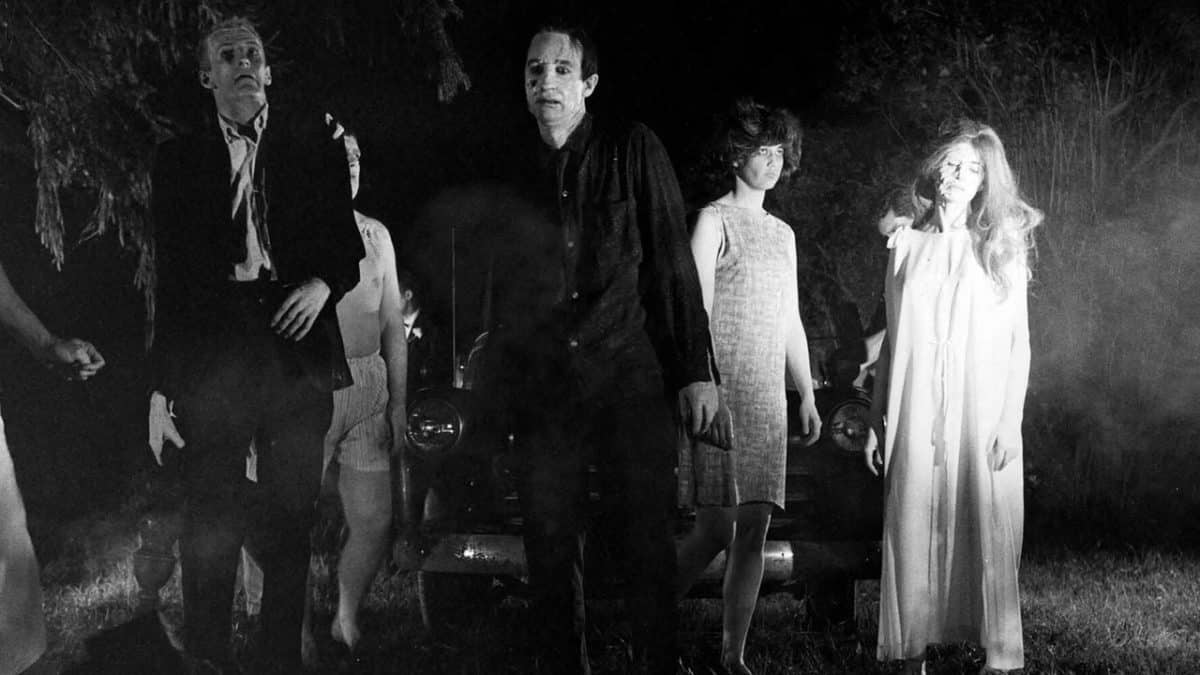