A popular trope in films is a character having a great monologue, from explaining plans, motivations, or a way to add layers to a character. A monologue is especially brilliant when they are powerful and illustrative. In the horror genre, a string of words can strike fear into someone just as much as the average jumpscare. These monologues are prime examples because they display tension, point out the eeriness shown so far in their film, or be a way an antagonist will show off how evil they can be.

This prequel to Ti West’s 2022 slasher X tells the story of Pearl during her younger years as she attempts to make her dreams come true. Right away, it’s easy to see something is off with her. She is aware of this, pointing it out in a hypothetical confession to her husband, Howard. The lengthy monologue has her pour her heart out and becomes eerier by the minute when revealing things such as resentment toward Howard for giving her false hope, a miscarriage she was grateful for, and disturbing behavior she feels she can’t escape from.

This classic Stephen King adaptation about a family tending to a supposed haunted hotel for the winter relied less on jumpscares and more on chilling ambiance. The scene with Jack and Lloyd is a prime example of this with their seemingly casual conversation. In other films, this could be a nice moment between a bartender and a patron. When it comes to the Overlook, this is instead someone already on the brink of losing their mind. Jack’s mostly one-sided talk with Lloyd is a subtle form of horror with how he confesses an incident with his family that he is now paying with his sanity.

The machete-wielding, goalie mask-wearing Jason Voorhees has become an icon in the slasher subgenre. The common misconception is that he wasn’t the main antagonist in his first film. The title goes to Pamela Voorhees, the mother of a deformed child who drowned in Crystal Lake while camp counselors were off tending to their own needs. The reveal is through a creepy monologue that makes this kind and helpful woman turn into someone twisted. Her words help her slowly slip out of her facade that she kept long enough to create a false sense of security until it’s time to reveal her malicious motivations.

Hannibal Lecter, a former psychologist, can size people up with one glance and intimidate others with only his words. He is behind bars throughout most of the film, but that doesn’t mean he can’t take control of a situation. After FBI trainee Clarice Starling fails to receive any information from him, he bites back with a brutal speech that strikes a nerve in the rookie who is trying to escape her past. Anthony Hopkin kills it with his phenomenal delivery as he makes this chilling yet charming character give a detailed analysis without batting an eye. It makes for a brilliant introduction to the psychopath.

Annie and Peter both feel responsible for what happened to Charlie. They keep bottled-up tension between them until the explosive dinner scene. As Peter pushes his mother to stop repressing her feelings, Annie unleashes. She releases a tirade of anger, grief, and disappointment in a strong performance. It’s full of great emotion, with Toni Collette giving it her all. Viewers were stuck in the middle of this altercation with Steve, feeling a sense of fear and empathy with not knowing what to do. They have no choice but to listen until uncomfortable silence returns to the scene as almost a form of relief. 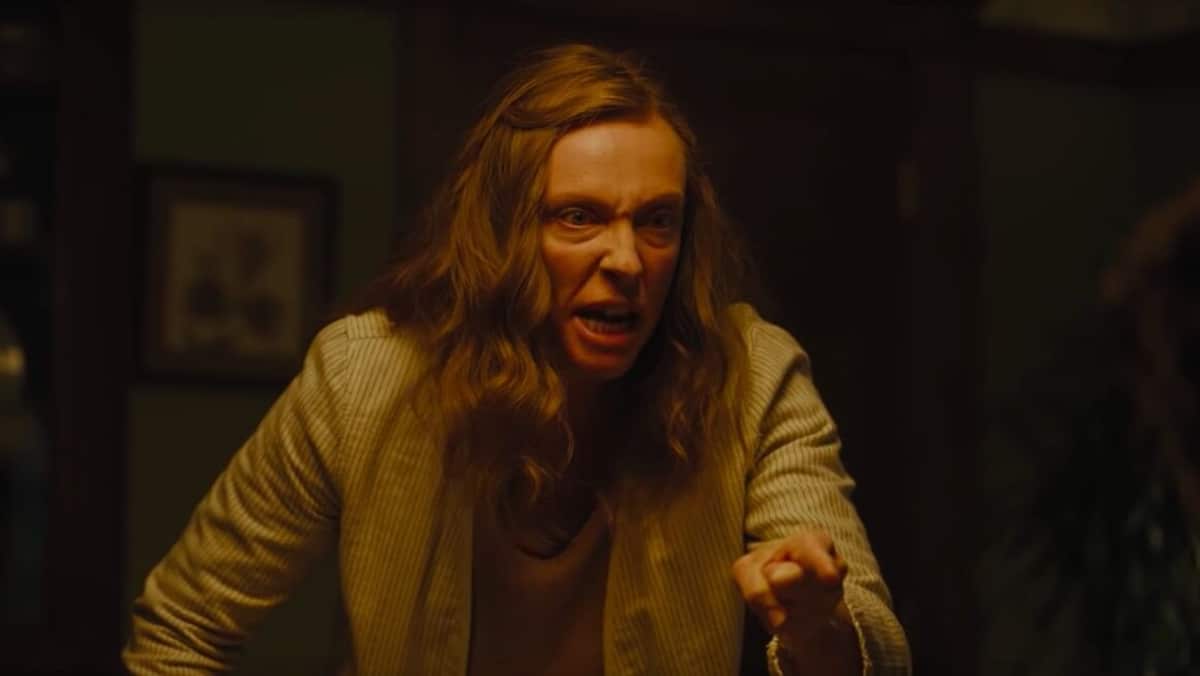 Nothing about Patrick Bateman is ever made 100% clear. There’s no true answer to if he ever really killed his victims or imagined it all. Whether he’s a murderer or a repressed sociopath, a summation of his unhinged thoughts is this foreboding monologue that, like the film itself, leaves it up to the viewer to decide what he means when he goes on about wanting his pain inflicted on others. With everyone around Patrick focusing more on shallow matters like money, drugs, and sex, they can barely bat an eye at this mysterious monster harboring violent tendencies beneath the shiny surface.

Willem Dafoe and Robert Pattinson team up for a brilliant film about two lighthouse keepers operating one on a remote island. Pattinson plays a young newcomer to the seas, while Dafoe portrays the veteran wickie he locks horns with, resulting in a rivalry that grows with violent, unhinged progression. As Thomas Wake, he delivers many spine-tingling monologues, but his most memorable is the malevolent cursing of his subordinate following yet another argument. He turns his face into a fearsome mask as he verbally abuses him with a stream of words that can summon all the known sea gods and have them do his bidding.

Captain Quint is more than just an eccentric seaman, as shown when he recalls the tragedy he experienced on the USS Indianapolis. Everyone, from his shipmates to the viewers, is captivated by his story. There’s a certain foreboding aura with how he remembers hungry sharks surrounding him after he delivered pieces of the bomb that hit Hiroshima in 1945. The descriptions he gives, like the sharks’ eyes, make it as though he’s describing a boogeyman. Not only does the monologue crank up the tension that’s building up for what’s coming, but it also gives everyone a look at what made this fisherman who he is.

In Us, a family’s summer vacation turns upside down when mysterious lookalikes appear to wreak havoc. Through her chilling voice alone, Lupita Nyong’o gives one of the most petrifying performances as Red. The captive Wilson family has their doppelgangers send them blank stares while Red does all the talking. In a blood-curdling voice, she tells an unnerving story about a girl growing up with a happy, fulfilling life while her shadow receives nothing but the worst. This monologue is like a twisted fairytale, with themes giving a haunting reflection of life for the Tethered. It also is a terrifying social commentary on class warfare.

There is no telling where this film will go with all its twists and turns. Its big mystery is that of Norman Bates and his mother. Anyone can suspect he’s a victim of hers as he tries covering up her crimes. It’s far more complicated, however, with a big reveal Norman was behind everything while in a dissociated state he dubbed after his late mother. This plot twist is closed off with “Mother” speaking ill of her son, like always, with unsettling words that give a glimpse of what goes on in the mind of Norman Bates. 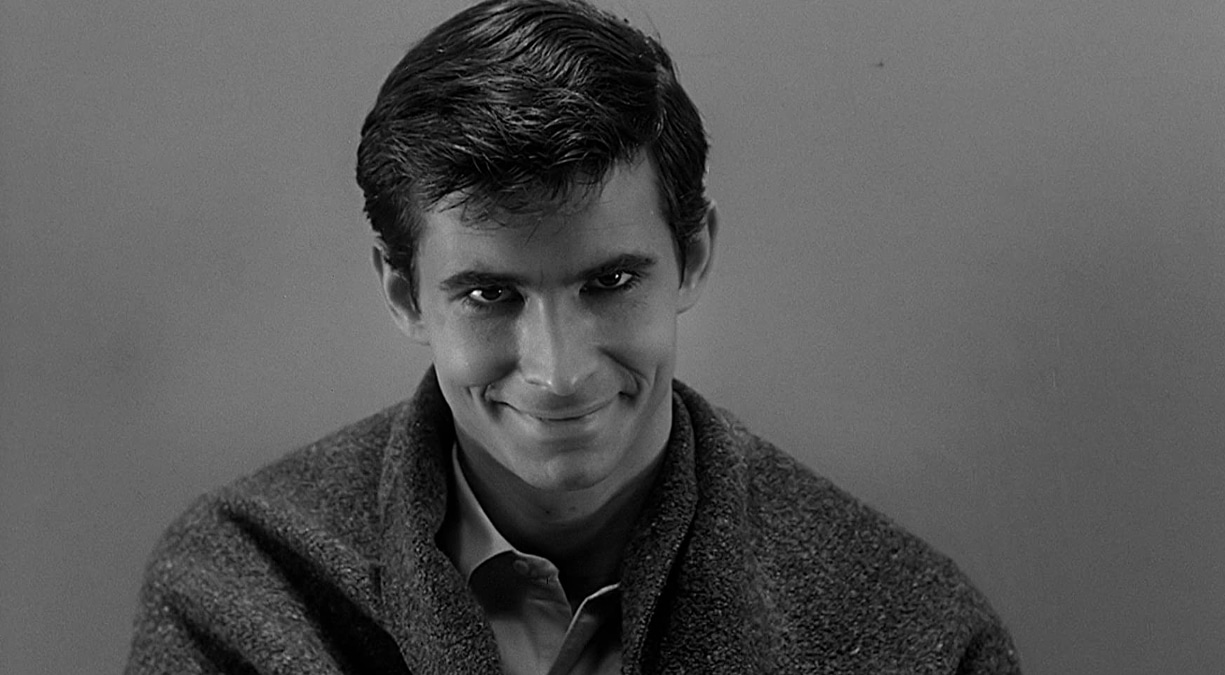 The Crew of “The Loneliest Boy in the World” on DTL