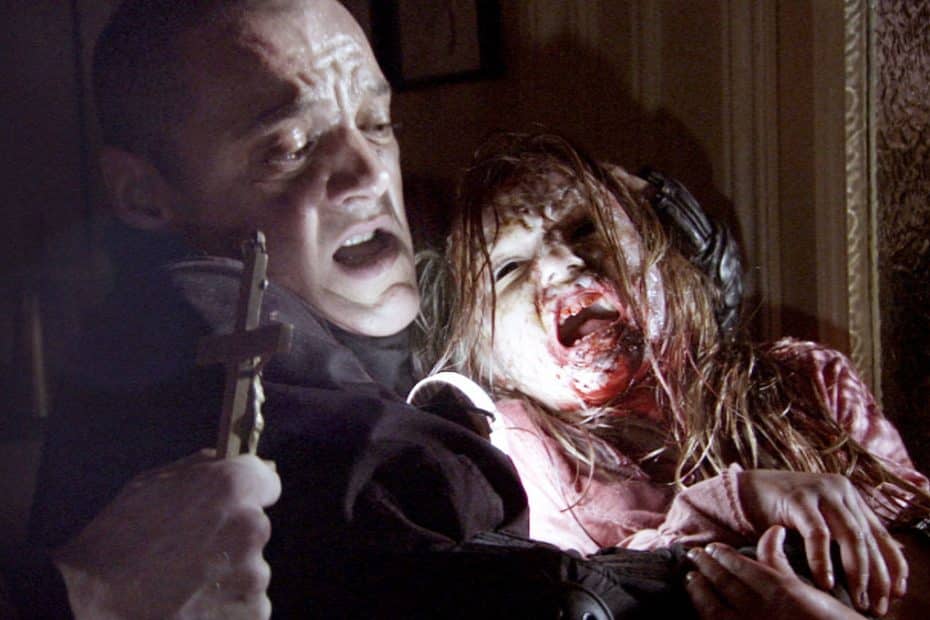 The Rec series are Spanish horror films that started in 2007. The first two installments were made with the found footage concept when the genre sprouted in popularity and was a major international release in the subgenre. They also revitalized the unique takes to make zombie films since during that time they were getting stale. The first film was much more suspenseful as it covered the start of the outbreak.

Rec 2 is a direct sequel that covers the covert operation of a SWAT team shortly after the final scene of Rec. Rec 2 takes the found footage concept and does a more action based approach with the SWAT team fighting off the horde. The two films showed the best and worst aspects of found footage films and are great examples of horror films turned into action films.

Before the release of movies like Cloverfield and Paranormal Activity, Rec set a major precedent in creating the basic trappings in found footage. Rec and all of its sequels can be viewed together in Tubi, a streaming system available on computer devices and Roku. The films have a mixed reception with the first two installments being considered the best.

Behind The Creation of The REC Series

Rec takes a unique perspective in horror film scenarios by focusing on the patient zero event prevalent in zombie movies. To capture this feeling, the film is done in the style of a television interview program. Much of the film is treated with grounded realism that gradually builds the tension and horror in the film.

With Rec 2, a lot of the same techniques are applied but through the lens of a SWAT operation. During that time there will be moments when there’s multiple perspectives being switched by the SWAT’s interconnected helmet cam. By the halfway point of the film, the perspective shifts to a group of teenagers with their own cameras who snuck into the apartment and confronting the SWAT group.

Before they wrote and directed the Rec films together, Jaume Balaguero and Paco Plaza worked on a documentary style film called OT: La pelicula. The film utilized many of the camera techniques they used for the first two Rec films. while changing it a little to bring out the suspenseful elements. Rec was also filmed on location in Barcelona, Spain. Paco Plaza solely directed Rec 3: Genesis in 2012 while Jaume Balaguero directed Rec 4: Apocalypse in 2014 on his own.

The Survivors & Fighters Against The Undead Horde

The main characters are a young woman reporter named Angela Vidal (Manuela Velasco) and her cameraman Pablo (Pablo Rosso). Manuela Velasco portrayed Angela in every installment she appears in. In Rec 2 Angela briefly shows up in the beginning and end. In the latest film, Rec: Apocalypse she returns as the main focus. Her role in the first film is the audience surrogate responding to the events around her. Rec 4: Apocalypse makes her an action heroine similar to Sigourney Weaver’s Ripley.

A vast majority of the side characters throughout the series are played by unknowns and Pablo’s actor shares the same name. This follows the casting tropes for naming characters in found footage films after their real life first names. The only two named characters whose actors were in other films was Manuela and Javier Botet, who portrays the horrifying patient zero that appears in the film’s climax. 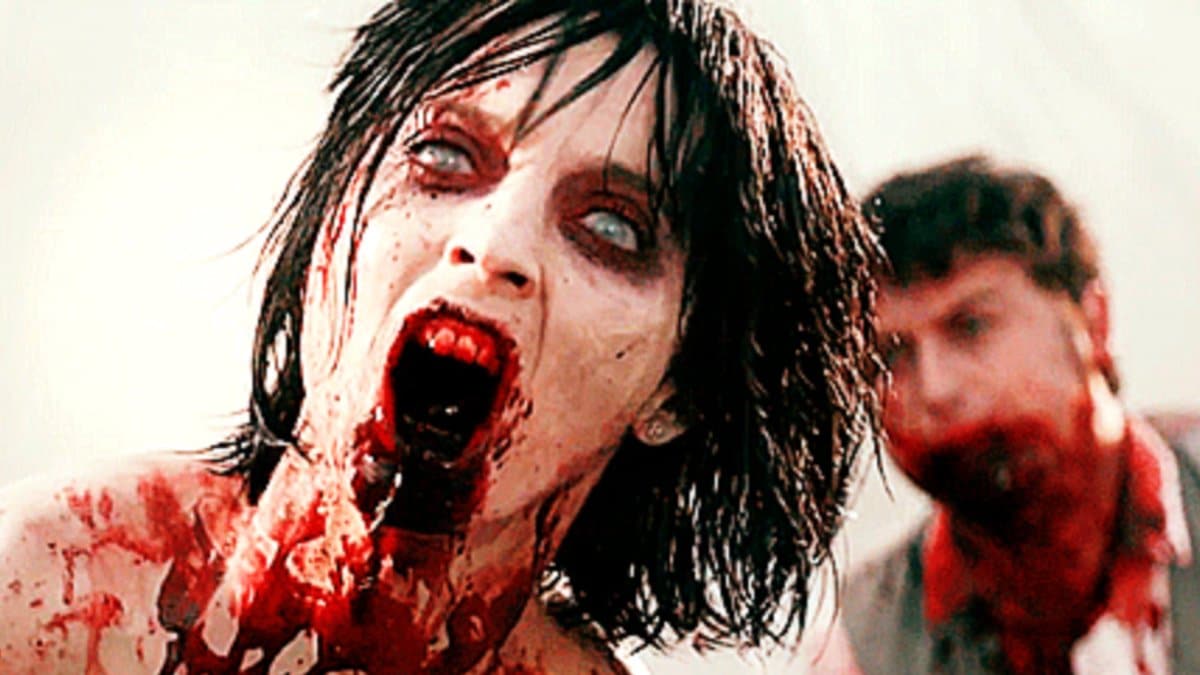 The Overarching Plot Threads of The Quadrilogy

Rec’s plot begins with Angela Vidal hosting a documentary series called While You’re Sleeping. Her latest episode covers a group of firemen when they get a call for a woman in distress in an apartment complex close by. The firemen respond and Angela follows to continue her cover on the firemen.

What was thought to be a rather routine operation and cover story soon devolves into pure horror as the distressed woman turns violent. Things got worse as her affliction started to spread throughout the apartment. Soon the entire complex was sealed up by authorities. Without any escape, Angela and a group of residents have to work together to survive.

With Rec 2 and the SWAT plotline, it’s revealed that the cause of the outbreak wasn’t a zombie infestation. It was demonic possession that afflicted the bodies of those infected by bites, blood, or saliva. Angela mysteriously survived her ordeal from the previous film and becomes more of an action survivor.

Rec 3 doesn’t continue the story of the apartment and instead takes place before, during, and after the events of the past films. The events start during a wedding before the demonically possessed zombies attack, wrecking havoc and leading to the events of the first Rec.

The Suspenseful Effects of Found Footage & The Cost of Losing It

The atmosphere of the first two installments of Rec, can be best described as frantic claustrophobia or panic horror once the action sets off. The characters holding the cameras move and shake whenever moments of horror occur. Jumpscared often cause the most startling effects, for the characters and viewers. This builds on the impact of the scenes whenever the zombies attack or charge towards the character.

Because of the camera motion and forced POV of the film, Rec succeeds in drawing in the viewers into the horrifying situation. This makes pop up scares, tense scenes, and loud screams startling at best. At the same time, viewers with photosensitivity must watch with caution to avoid camera induced headaches since the movements can be severe.

The sudden formula change in Rec 3: Genesis took away the initial tension and horror suspense that was in the original film. The best parts of Rec 3: Genesis were in the first 25 minutes before going to normal cinematography. The makeup and practical effects for the whole series is great and incredible, however the last two films lost the edge of found footage and felt like they got their cinematography from Asylum.

What makes a film that’s found footage work is how it grounds the characters and viewers into some form of realism, whether it’s through acting or set design. It makes the viewer feel invested in seeing them survive even though in many found footage they usually don’t. When the found footage premise goes away, it just becomes a generic horror film with familiar actors and threats.

Because of the effectiveness of the premise and the reliance of the found footage style, Rec and Rec 2 were made to be some of the best horror movies in the sub-genre. They were easy to follow even with quick subtitles and had memorable scares. The gradual escalation of events from the first encounter to the spread of the contagion helps to avoid getting lost in the frantic found footage style. Rec’s effective premise earned it many awards, including Spain’s equivalent of the Grammy’s called the Goya awards.

Rec was one of the best horror films released in 2007. The first sequel also gained much acclaim for following closely to the events and presenting a decent flow of continuity. The rest of the series were video releases only and didn’t have the strength of found footage to engage with and ultimately dropped off.

Rec also has an American remake named Quarantine released in 2008 in theaters. The remake follows the overall same story only with different setting, dialogue, and origin of the outbreak. It had its own sequel called Quarantine 2: Terminal, taking place in an airport cut off by a zombie outbreak. Because it goes with a science zombie instead of demonic possession like in the original series, the remakes weren’t as memorable. 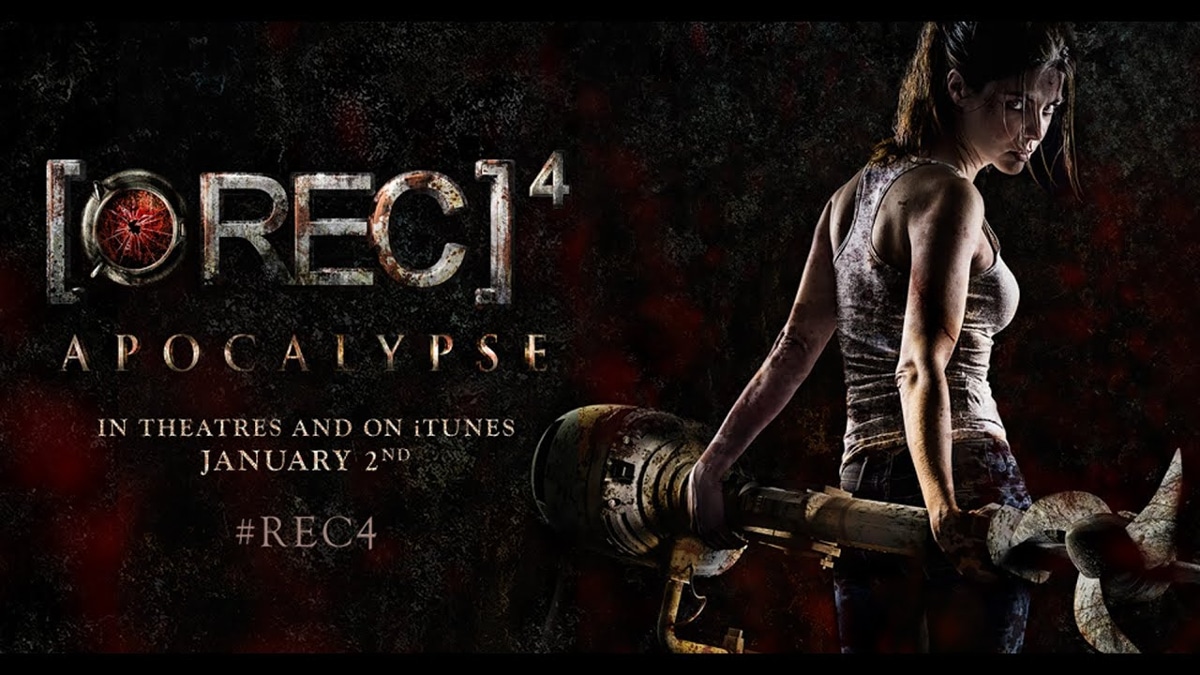