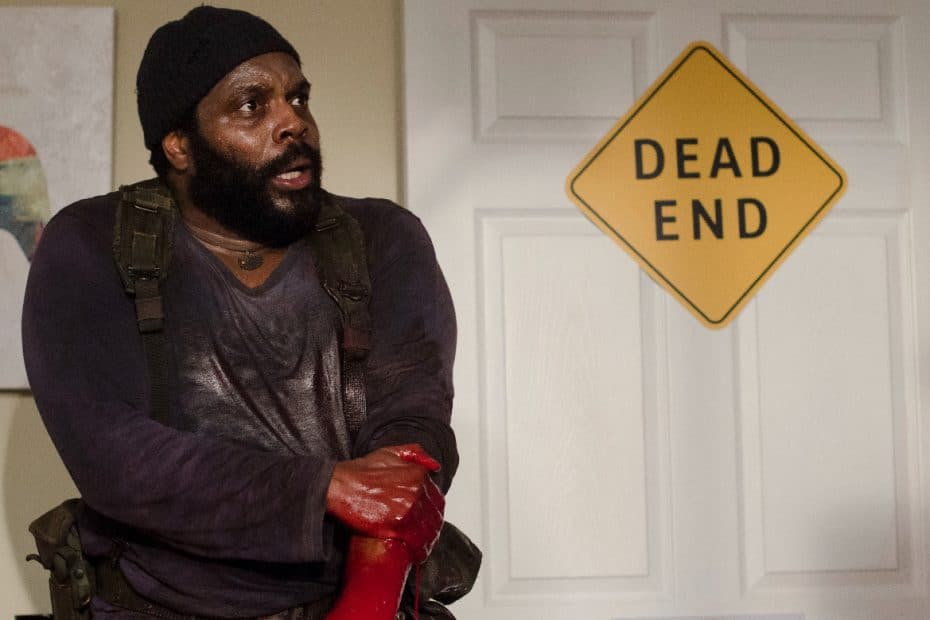 Sometimes Saying Goodbye is Just Too Much

The Walking Dead has become a definitive work in television history, forever etched as one of the most unforgettable horror series to air. Those who have been walking since the beginning know how epic this show has become. For most, the cast of characters is nothing short of family. So, there are plenty of tears to shed as preparations are made to bid farewell to those we love and have loved. Although fans have shed more than enough tears already, there is something about farewells that shakes the spirit.

In honor of the saga’s end, we look back and remember. We recollect those who walked into our hearts but were lost along the way. The losses are genuinely too many, however, here is a list of those who stopped our hearts, stole our breaths, and sent our souls into mourning.

Tyrese was a gentle giant, a man of equal measure of heart and muscle. He was never afraid to follow where his heart led. While it took time for him to warm the hearts of Grimes and company, he managed to do so. One thing that set him apart was his ability to understand the meaning of sacrifice. Unfortunately, he lost his life on a goodwill mission in season 5, episode 9. While on a quest to help Noah – a newer group member – find his family, he succumbed to a zombie bite. There was hardly a dry eye as the life slowly drained from Tyrese’s body and the replay of other beloved members in his final mental reel sealed the deal.

Tara and Henry were lost in one of the most shocking manners in the same season. Although Tara was not an original member of the tight-knit group, she quickly found her place. She was introduced during the clan’s intense struggle against the Governor and eventually she became one of the most poignant members of the series. Tara was instrumental in freeing Glenn from imprisonment. The Oceanside community was also part of her discovery. Tara also went on to become a leader at Hilltop. She had a tough-as-nails exterior, but her softness for those she loved was undeniable.

Henry was a resident of the kingdom, a young man with the heart of a lion willing to risk it all to avenge his brother’s death. However, Ezekiel took the young man under his wing, later becoming a son by proxy for Ezekiel and Carol.

Fans couldn’t help but love Henry and cheer for Carol. It seemed she had finally gotten another shot at happiness, a factor which makes Henry’s death one of the hardest to swallow in the history of The Walking Dead. There was nothing to offer consolation as a camera panned a lush green countryside to find both Tara and Henry’s heads upon pikes. It was a disturbing and unforgettable act at the hands of the Whisperers.

Who could forget Lizzie? Lizzie and her sister became part of the group after her parents’ deaths in season 4. She was creepy, and her challenging character made it difficult for fans to pull for her. In fact, her dark nature and infatuation with the zombies were off-putting. Her mere existence was a red flag indicating trouble for the group. Later, Lizzie’s participation in her sister’s death left people divided on whether she was worth saving. But Carol had developed an all-out affinity for the young girl, and fans wanted to see Carol happy. This makes Carol’s decision to put down Lizzie one of the most tragic scenes in the history of the series. Viewers watched in horror as young Lizzie pleaded ceaselessly for Carol’s kindness, who told her to “look at the flowers”. And in one incredibly rattling moment, she ends Lizzie.

Sophia was the beloved daughter of Carol, an abused mother whose love for her daughter kept her tethered. The apocalyptic drama was just beginning. Sophia’s disappearance at the end of season one had viewers on edge. Carol was a nervous wreck – all hands were on deck to locate the lost little girl. As time passed, it seemed as if no one wanted to accept the obvious.

Her disappearance eventually led to the family taking refuge on Herschel’s farm in season 2. Despite all the drama in that entire season, one would be hard-pressed to forget the moment Sophia shambled out of Hershel’s barn. While it seemed nothing more than a motive of compassion when she walked amongst the walkers Herschel had retained for safekeeping with hopes for a cure, it was horrifying. The feeling that swept the onlookers as Rick took down sweet Sophia would never be forgotten.

Noah never entirely became a member of the core, although he had won the hearts of many within the group’s nucleus. Both Tyrese and Beth had developed an affinity for Noah. As most know, that affinity led to a sad twist of fate for Tyrese. Most unexpectedly, Noah’s future was also to perish in the same season and his death would go down as one of the most harrowing. It was wildly uncomfortable for viewers as he remained trapped behind a glass enclosure with a shaken Glenn watching. Unfortunately, nothing could be done. And our hearts fell along with the fruitless screams from his lips as he became an easy course for waiting zombies. 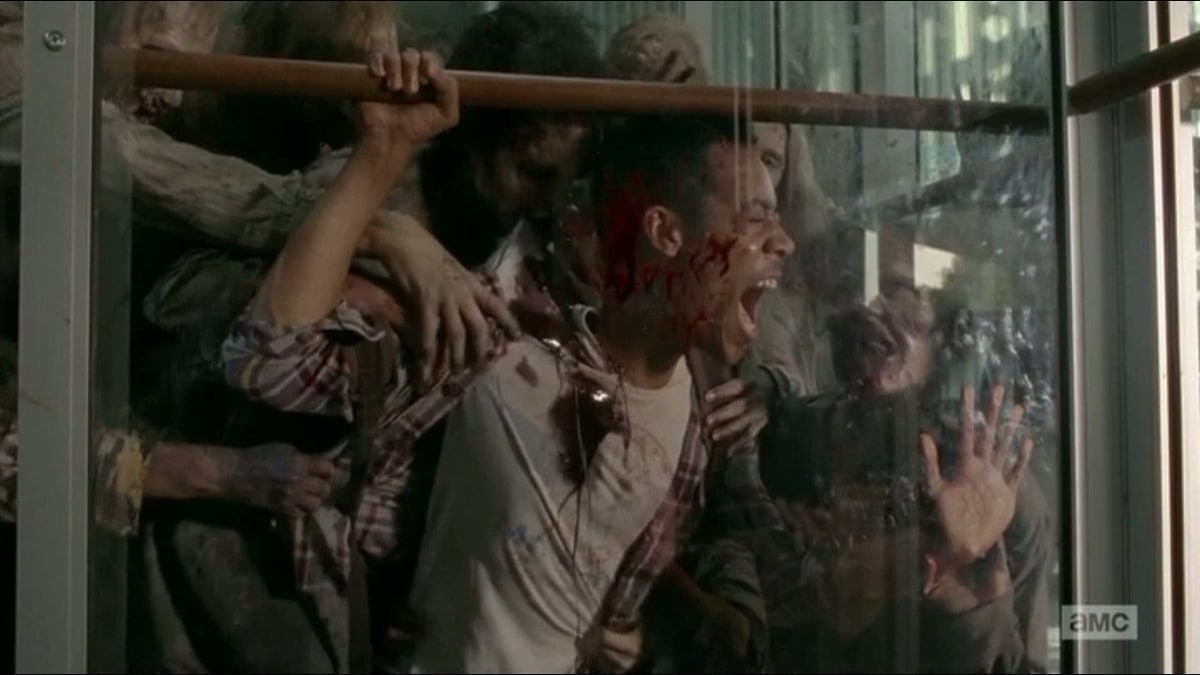 Beth was a fireball with a fighter’s spirit and Maggie’s younger sister. Her stubbornness only rivaled her fight. Viewers loved her along with the fierceness of Maggie and Darryl’s protection of the young survivor. Sadly, Beth’s spirit was too great for the likes of a world overrun by the dead. If deaths can be said to make any sense, hers made the least. She dies from a stray bullet from the gun of a deranged woman named Dawn during a trade.

The shock on the faces of Sasha, Rick, and Noah is unerasable. Darryl doesn’t think twice and takes down Beth’s executioner as Tyrese and Rick raise their arms for a possible defense. The rest of the world falls silent as Daryl mourns the death of the one who has grown to capture his heart. We are left with a sorrow-ridden and broken Darryl, scooping her up, walking out to meet Maggie, whose heart is ripped afresh at the sight of dear Beth.

Lori Grimes is none other than the wife of leader Rick. In truth, viewers became divided on their feelings for Lori as time passed. Some hated whom she had become. Others dared to understand how the dynamics of an apocalypse could impact anyone and became sympathetic. Lori’s death goes down as one of the saddest for a few reasons. First, she died giving birth, rendering her incapable of protecting her children in a world that is set up to take everything from them. Second, the impact her death had on Carl, who had to take his own mother’s life. Her son is old enough to know his mother is no longer but not mature enough to understand the implications. By default, he must now become a surrogate parent to Judith, which is heartbreaking. Finally, it shattered Rick. After Lori’s death, it seemed he had lost his will to live, as if he had nothing left in the world. Nothing was as sad as a broken Rick.

Herschel is the patriarch of the Greene family and father to Maggie and Beth. He was a light in a dark world. His hope for the world’s restoration was so big that it was almost ludicrous. But one of his most remarkable traits was his heart. He would tread through hell and the high seas for those he loved. It was easy to see where Beth and Maggie got their stubbornness, but that same trait is what made them survivors. The spirit of selfless sacrifice flowed through his blood. Herschel never hesitated to put his life on the line for those he loved. He is also one of the few characters who rallied after losing so much to the apocalypse. It wasn’t hard for everyone to cheer for the man who couldn’t be stopped, which is why his death was one of the most debilitating. The ruthless manner in which he died was unbefitting for a man of his stature. There was no one who did not feel an overwhelming ire as the Governor’s blade sliced through the head of he who had become like a father and grandfather to us all.

Carl grew up before our eyes and we began to see so much of Rick manifest in the man he was becoming. While not always understood, Carl was selfless. He believed that there was good in everyone, demonstrated by his attempts to help undeserving people. No one expected Carl to die. His death in season 8 was paralyzing.

Carl is bitten while on a humanitarian mission to help another. His desire to assist Saddiq in putting down walkers seals his fate. In an episode entitled “How it’s Got to Be”, the painful discovery made by Rick and Michonne is unbearable. His letters revealed his vision for a healed world and people, exposing a woe too heavy for someone so young. Watching him tell his dad, sister, and mother-in-love Michonne goodbye crushed what was left of the spirit of many fans.

The number one shocking death with the most impact is Glenn, as close to perfect as a human could get. He was everybody’s brother. The passion between him and Maggie represented a love story for the ages, but his heart was too pure for the filth left by a world in rapid decay. There was not one time throughout the history of The Walking Dead that his near-death experiences didn’t arrest the hearts of his fans. An earlier near-death experience wherein Glenn survived a horde of zombies by crawling beneath a dumpster almost caused a revolt, though it was his brutal and undeserving death at the hands of Negan that sent some fans over the edge. Quite a few have maintained that the series was never the same for them after Glenn’s death, some saying they turned from the show for good. Others still haven’t forgiven Negan, who seems to be on the path to redemption. No matter the reaction, it was understandable but, as all things go, it was unanimous. There would never be a death as brutal and heart-wrenching as seeing Maggie watch as Negan mercilessly takes his life with Lucille.

These are only a few whose tragic passing will forever be etched in memory. There are so many others, like Sasha, Abraham, Andrea, and Dale. When one loses family, it all hurts. Sadly, November 20th will be the final walk, and it’s sobering and gut-wrenching. However, beginnings and endings are part and parcel of life. What makes it all worthwhile is the opportunity to experience something incredible. When the final credits roll, despite who remains, nothing will ever be able to take away what The Walking Dead became to its fans. It’s been an honor, and long after, we will remember to stay safe and keep walking no matter what happens. 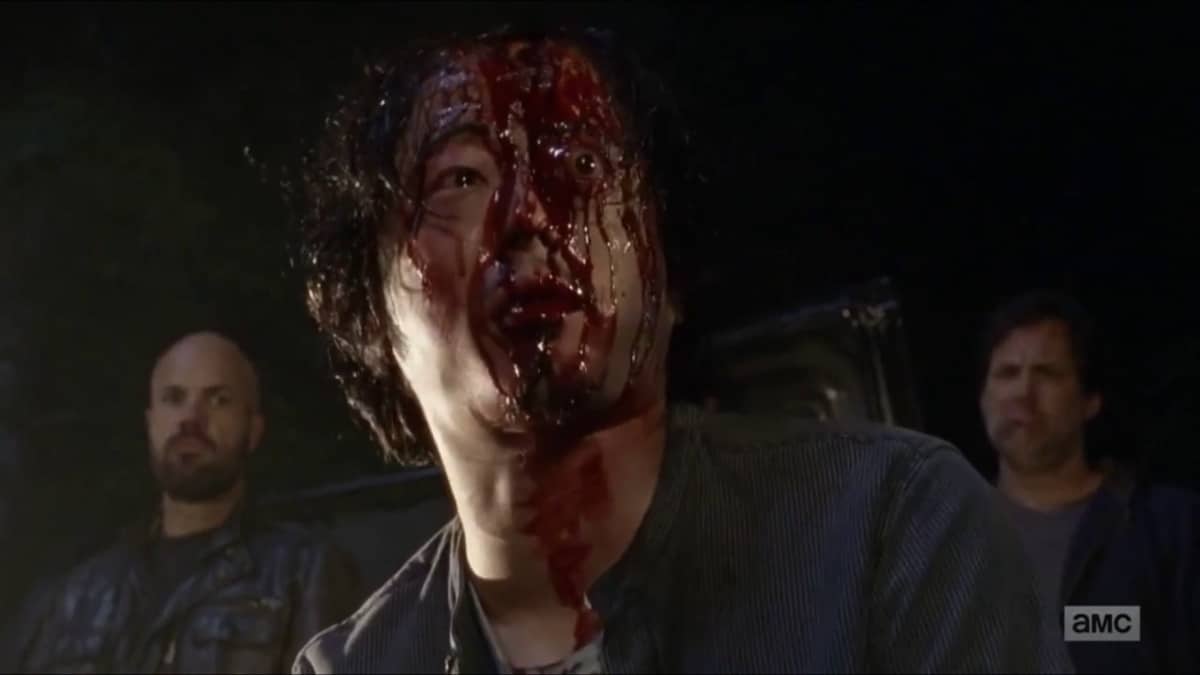