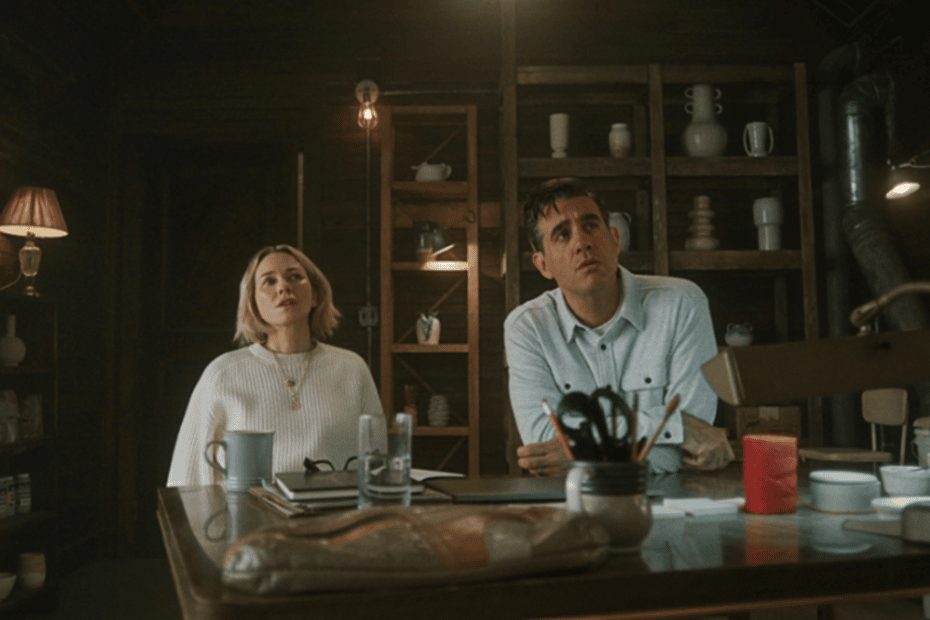 Welcome to the suburban nightmare from hell. Netflix’s The Watcher introduces us to a real-life story that makes us think twice before moving into the quintessential family mansion. However, the show falls short to hone in on several details that we’d like to see individually unravel.

The 2022 mystery-thriller miniseries introduces us to Nora (Naomi Watts) and Dean Brannock (Bobby Cannavale) – two homeowners who find their dream home in Westfield, New Jersey, with their children Ellie (Isabel Gravitt) and Carter (Luke David Blumm). Realtor Karen Calhoun (Jennifer Coolidge) becomes a friendly presence in Nora’s life after selling her the house. But once they move in, the Brannocks quickly learn how eerie their surrounding neighbors are — especially when they start receiving intimidating letters from a person who calls themself “The Watcher.”

The series, unfortunately, jerks around its audience a little too much, and it’s hard to follow after a certain point with the amount of over-emphasis injected into every episode. Not only that, but the show also tries to weave in modern concepts to satisfy different audiences. The Watcher constantly shakes things up throughout its seven episode series, shocking viewers with one new plot twist after another. However, it falls short to thoroughly grasp its audience, likely because of its focus to balance satire with thrills.

The classic whodunit theme can either be a hit or a miss. The Watcher somehow unravels enough strands in its askew storyline to surprise the audience more than once. In every episode, we’re left with multiple cliffhangers trying to figure out who The Watcher is, and more importantly, why they’re doing this. Episode one sets the stage, episodes two through six boomerang us into different directions, and the final episode hilariously wraps up the suburban nightmare with the ultimate, non-conclusional surprise.

Each episode has its own arc and reaches a minor climax in the end, whether it be a new suspect or disturbing revelation. Everybody becomes a suspect at one point, including Nora, Dean, and their most trusted acquaintances. The Watcher defends each culprit brilliantly, giving them a unique alibi to justify their odd behavior. However, the pace occasionally confuses viewers. Like watching a confused compass change directions, we sometimes have to hit the “rewind” button to understand what just happened.

While it’s smart to keep the audience on their toes, too many different storylines can spiral out of control.

The Watcher uses multiple character storylines to develop its guessing-game plot. Although some of them are truly intriguing to follow, others feel like they were thrown in just to prove a point.

First, we are introduced to the main point of the series — a creepy person is “watching” the Brannocks and is sending threatening letters to them. Next, we understand that the family’s surrounding neighbors are flat-out weird and are breaking into their home, claiming they are entitled to do it. So, we initially think this is the typical mystery with one of the townspeople being The Watcher.

But the miniseries quickly breaks right, throwing us into a tailspin with several different plots. The realtor, Karen, gradually seems to have an ulterior motive to her so-called “friendship” with Nora. Then, the detective (Christopher McDonald) is even thrown into that mix of outsiders who could be involved in the threats against the Brannocks. 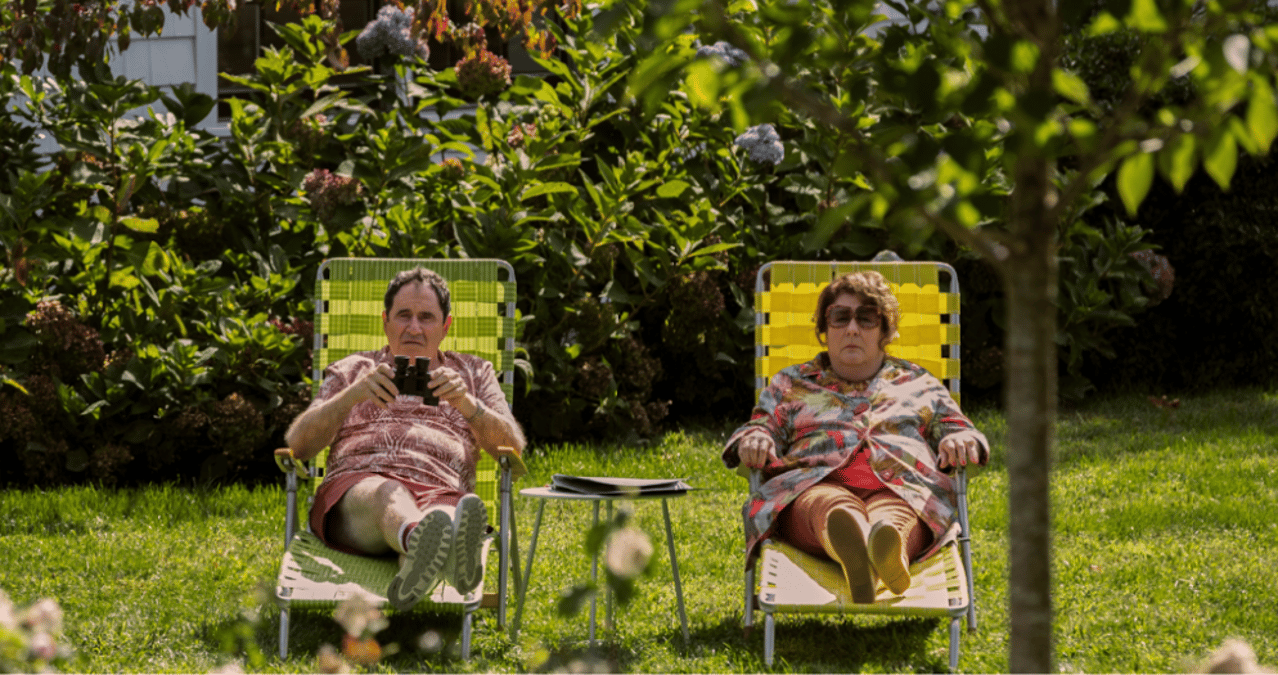 However, the show soon breaks left and bluntly tells us that several other characters could also be the enemy. What if it’s the handsome, young worker, Dakota (Henry Hunter Hall), who is installing a security system for the family? What if it’s John Graff (Joe Mantello), who outwardly slut-shames Ellie in a conversation with Dean? Was it the private detective Theodora (Noma Dumezweni) all along?

A mystery-thriller needs several stories to set up its tenuous stage, but The Watcher seems to have way too many plot holes as a result.

After Dakota and Ellie get close, viewers know the show is going to try to suggest that it’s him who is threatening the Brannocks. We don’t need to be told that out loud – subtext is key in everything after all. When the series has Ellie publicly accuse her parents of racism, it almost feels like Netflix forced this point into the picture. Yes, we need to incorporate significant issues and resolutions into modern films and shows, but The Watcher does this out of nowhere; it’s almost as if they threw it into the script at the last minute to try to modernize itself.

Next, we see everyone distrust Dean, and a main character needs to somehow be redeemed in order to stay relevant. He reveals that he started writing some of the letters to Nora later on in order to persuade her to leave the house with their kids. However, we know he is not, in fact, the real antagonist. The Watcher quickly reunites Nora and Dean after she thinks he cheated on her. Although this is a miniseries, we need more time to see how their marriage can actually pull through this huge rift between them.

Overall, this may have been better if it were a full series rather than a mini.

Despite its pitfalls, The Watcher weaves in enough hyperbole to make us laugh. It parodies its own genre through the amount of exaggeration. It’s uncomfortable, yet laughable — and that’s exactly the point. Satire is a strong weapon of derision.

The uber-creepy neighbors fighting with Dean and literally breaking into their new home is obviously unrealistic, but it taps into everyone’s fears of what could happen in a brand-new home. Their obsessive knowledge of the house doesn’t make any sense, and we know that it would be too easy if they were the psychos in this story. However, their cult-ish vibe is entertaining.

Perhaps the most hilarious, hyperbolized moment of all though is when private detective Theodora suddenly reveals that she has a terminal illness, and that she may be the culprit in the end. Of course, that is not how The Watcher ends.

We really don’t know who on earth this threatening weirdo is, even after we see Karen unleash her evil-doer personality later on. It’s funny to see how the tables turn between the Brannocks and the realtor who sold them this house. And just when we think we’ve reached the end of this story, we haven’t. The chaos has only begun. 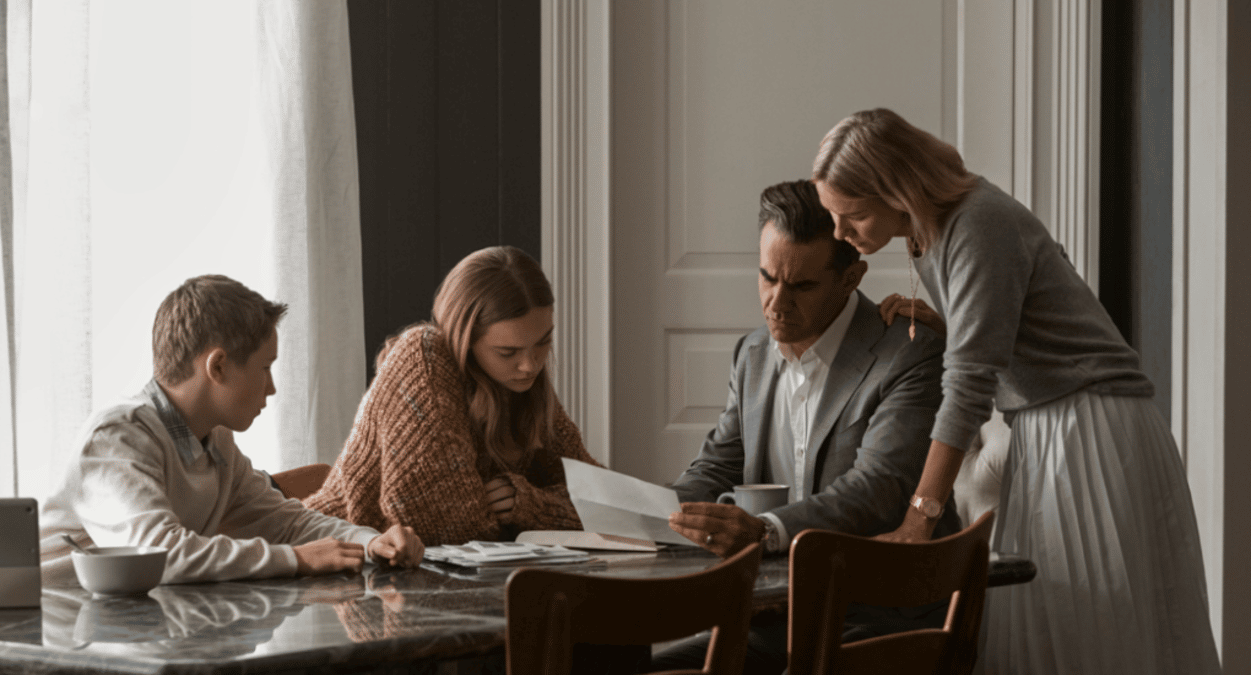