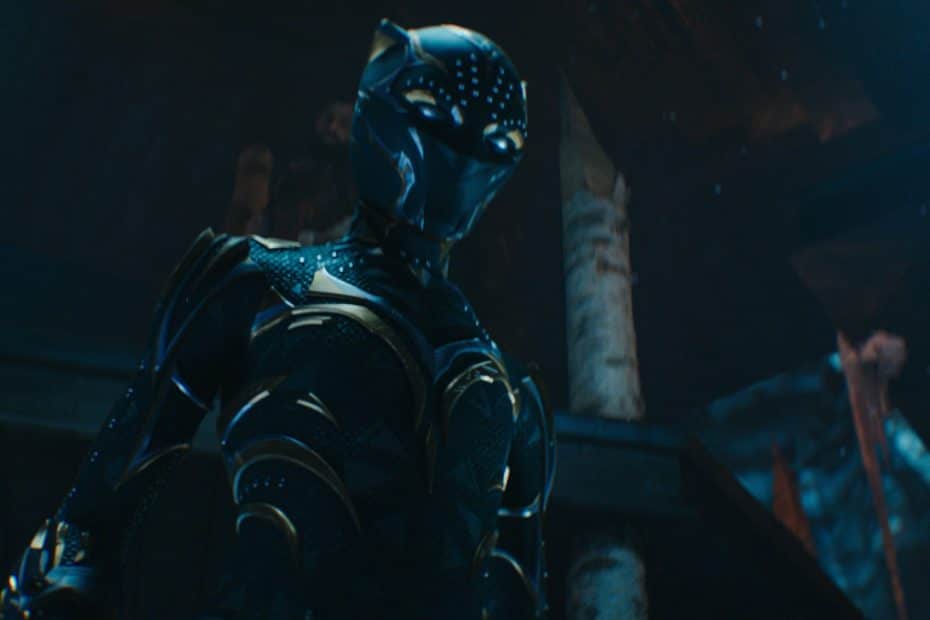 A Masterpiece of a Tribute

After Chadwick Boseman’s untimely passing in 2020, Marvel fans were hesitant about a sequel to his MCU-defining role as T’Challa in Black Panther. However, Black Panther: Wakanda Forever not only pays homage to the late actor, it also births a new theme and tradition from the ashes of grief. Yes, the sequel introduces a new Black Panther, but it does not gloss over the original character and actor’s legacy. Moreover, it doesn’t do this too quickly either throughout the story. Wakanda Forever begins with Boseman and ends with Boseman, including a touching tribute from Marvel labeling him as their “friend.” Through an image-enhancing, surround-sound atmosphere in Dolby Cinemas’ immersive experience, Disney’s nail-biting, heartfelt flick can be thoroughly appreciated in a theatrical setting.

The 2022 sequel incorporates more women empowerment than many of the MCU’s predecessors. Perhaps it does so (arguably) even more than the battle scene in Avengers: Endgame. T’Challa’s younger sister, Princess Shuri (Letitia Wright) takes the reins of the film after struggling to come to terms with her brother’s tragic death. Upon observing her mother, Queen Ramonda (Angela Bassett), lead their country alongside the dubiousness of the United Nations, the young innovator takes it upon herself to fight for her fellow Wakandans against a new antagonist. Her bravery and tenacity effortlessly aligns with the rest of her peers, primarily General Okoye/Midnight Angel (Danai Gurira), Riri Williams (Dominique Thorne) and Nakia (Lupita Nyongo’o).

As its predecessor accomplished, Black Panther: Wakanda Forever ups the ante even more when it comes to action. We flinch every time Shuri or Okoye narrowly duck, swing, flip and fight in such detail-oriented and slash-worthy combat scenes. However, we also laugh along with them all every time a buoyant scene arises containing the women’s wise-mouthed bickering. And we cry when we experience each character’s setbacks, such as Okoye’s discharge from her General rank and Shuri’s heartbreak. So for any MCU fan who may be on the fence about countless female warriors appearing in 90% of its scenes, please sit down and make way for them; they put other fighters in their places using much more than just physical strength.

Marvel films rarely feature too much blood and gore. However, Wakanda Forever isn’t afraid to push the boundaries. Thanks to the advanced screen imagery from Dolby Vision, audiences can fully experience every hit, swing, and slice of a spear. One of the most memorable scenes is between Okoye and one of the Talokan soldiers.

After Shuri tags along with Okuye to track down a young MIT student scientist, Okoye has to fend off one of the Talokans on a highway bridge. The several-minute-long battle reminds us of a Rocky action scene. She just refuses to stay down, and gets back up to skillfully combat her opponent, while each camera shot focuses on every single movement of the two fighters.

The final fight, of course, is also an edge-of-your-seat moment, where you can feel the pain of a spear plunging into a character’s gut. Shuri and Namor (Tenoch Huerta Mejía), the king of the Talokans, have a battle for the ages on a beach while the rest of his country and the Wakandans clash in the ocean. It’s powerful to watch as Shuri struggles to get vengeance here — getting back up and going for another swing against the powerful ruler — and the camera ensures the audience sees and feels every movement from both sides; it doesn’t cut to the chase.

A huge theme in this film is the political drive the Wakandans have. Queen Ramonda appears in front of the U.N. in one scene, and Marvel chose two specific countries for her to face off: France and the United States (labeled as “etats unis” at the meeting, which translates to the U.S. in French). Both countries try to intimidate the queen and her country over the vibranium they have, and the world believes Wakanda is responsible for the Talokans’ vicious attacks. Wakanda Forever is so detail-oriented with this theme that they even called up CNN’s Anderson Cooper to appear in two very realistic news announcements. It feels like we’re watching something we’ve seen before in real life.

There is also the strong theme of female empowerment, not only with the princess and the queen, but especially with their warriors. After Okoye is punished for Shuri’s abduction, Ramonda strips her of her military rank and duty, leading her to ask, “Haven’t I given enough?” It’s a tearful moment between the two as the queen replies with the same question, referring to the deaths of her son and now the disappearance of her daughter. It’s shocking to watch as the queen takes such a punitive action against her general, but it’s also refreshing to see two women go head to head rather than only a man versus a woman. 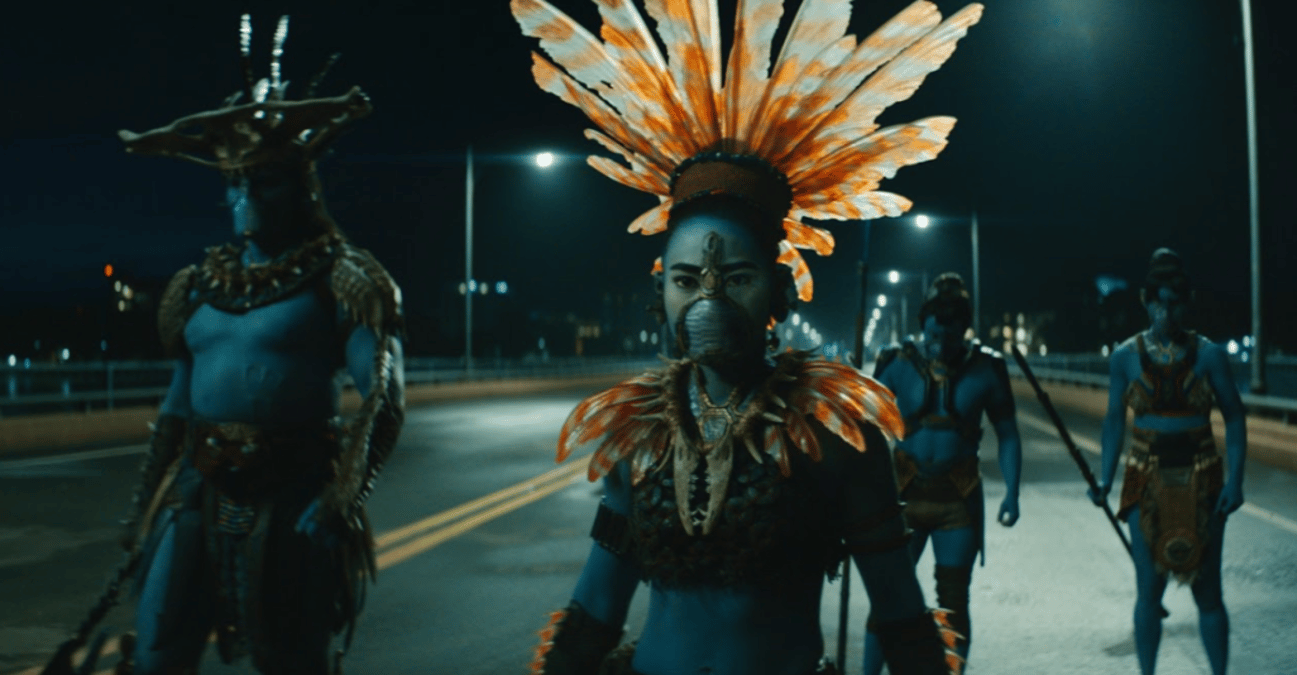 Speaking of which, there is another gender role-defying scene between Ramonda and M’Baku (Winston Duke), the leader of the Jabari, when he insists he and his warriors can fight better than Okoye. It’s a comical banter between the two soldiers, as the actors do a superb job keeping the bickering buoyant enough to laugh at. However, it’s also recognizable for female audiences to watch a woman defending her position against a male challenger.

Finally, there is the theme of vengeance that nearly suppresses the empowerment. Shuri is rightfully so furious over her personal losses to the point where she is willing to tear Namor apart. No one including M’Baku can get inside her head except for the tactful Nakia. For a brief second, it appears that Nakia resonates with Shuri. Despite her ultimate rejection of Nakia, Shuri still makes it clear that someone like her is the only one she will listen to.

Wakanda Forever’s soundtrack is just as important as its bloodthirsty action scenes. Dolby Atmos’ wall-to-ceiling surround sound amplifies how strong each song choice is to the scene it accompanies, such as Rihanna’s “Lift Me Up.”

However, the famous R&B singer’s single isn’t the most important one of all. The whole soundtrack features different homages to the cultural variety presented in the story. While one song emphasizes Shuri and Wakanda’s ability to move forward after T’Challa’s death, another highlights the deep grief they feel as well. The audience can feel each emotion in their bones through each song, while it segues into another different track for a separate scene.

It’s difficult to flow from an upsetting moment to a hopeful one, but Wakanda Forever’s music does so properly.

Wakanda Forever doesn’t hold back in honoring the late Boseman. In a rare choice, Marvel changed its traditional comics intro to only include shots and scenes of Boseman. No other hero is shown throughout this sequence, and it’s even more powerful for the audience to absorb because the introduction is completely quiet. It feels as if this was the MCU’s moment of silence for him.

Afterward, we watch as Shuri grieves her brother. Viewers hang onto every tear, every sob and every blank look in her eyes during an emotional funeral procession Wakanda holds for the original Black Panther. While the rest of the nation celebrates T’Challa’s life during their ritual, we see Ramonda and Shuri struggle to mirror the upbeat environment as they walk behind his casket.

The princess’ grief is emphasized throughout most of the film, but not to the point where it appears fixated only on Boseman’s character. Director and writer Ryan Coogler ensured that the late actor was honored while also building Shuri’s significance throughout the film. Both go neck and neck with each other to pay a more-than-adequate tribute and to introduce the next worthy Black Panther.

As it starts by honoring Boseman, Wakanda Forever ends with him too. Fortunately for fans, Marvel knew that it could never recreate a CGI of Boseman, since that would be wrong. They only use murals and old shots in the beginning, while ending with past scenes between T’Challa and his little sister. Although we feel her pain, we also want to applaud both T’Challa and Shuri’s strengths as family and as warriors. The real heart-stopping moment, however, is in a post-credits scene that allows T’Challa’s love, Nakia, to inscribe the late Black Panther’s legacy into the world around them.

Overall, Black Panther: Wakanda Forever is not just for the fans. It’s rather a bone-chilling yet beautiful dedication to Boseman and what the MCU stands for. Ever since the fandom lost Robert Downey Jr.’s character, Tony Stark, a.k.a Ironman and Scarlett Johansson’s character, Natasha Romanova, a.k.a the Black Widow, the cinematic universe learned how to maturely include its old characters into new films and series. And, of course, the huge difference here is that Boseman passed away in real life. Therefore, the pressure was on them to mold an effective tribute to him in addition to finding a different character and storyline to rise up from the ashes. Fortunately, Wakanda Forever goes above and beyond that. 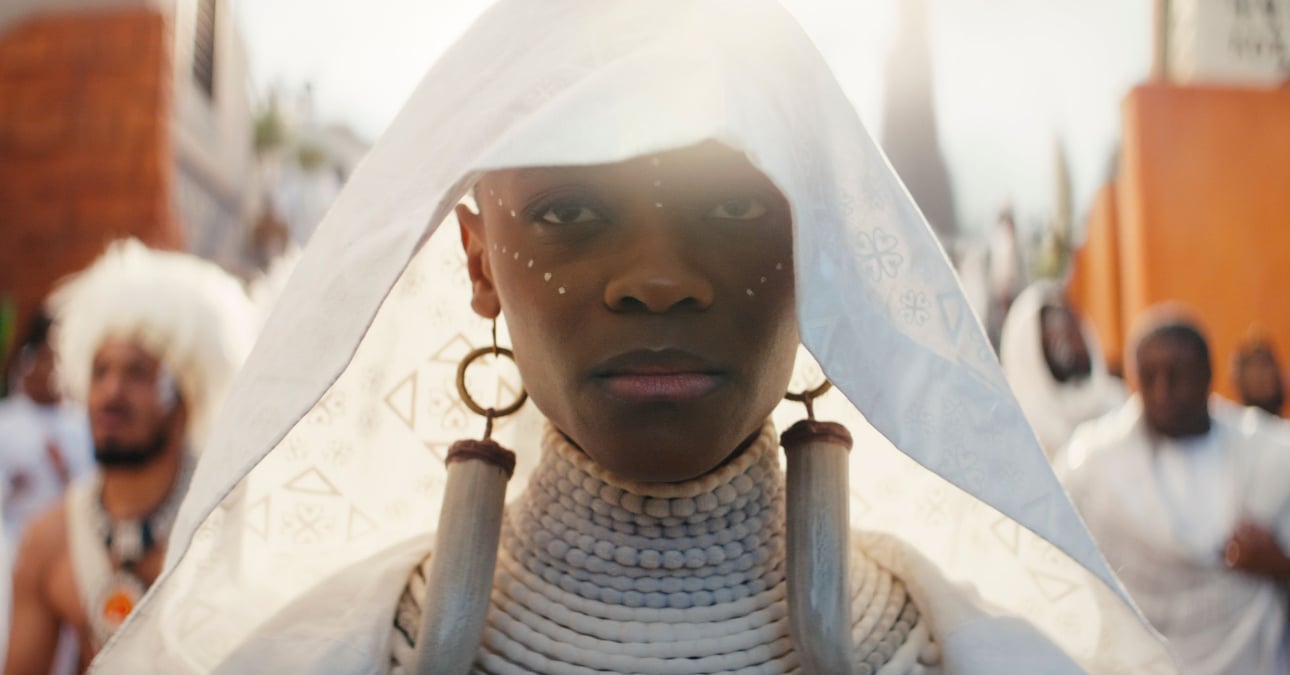