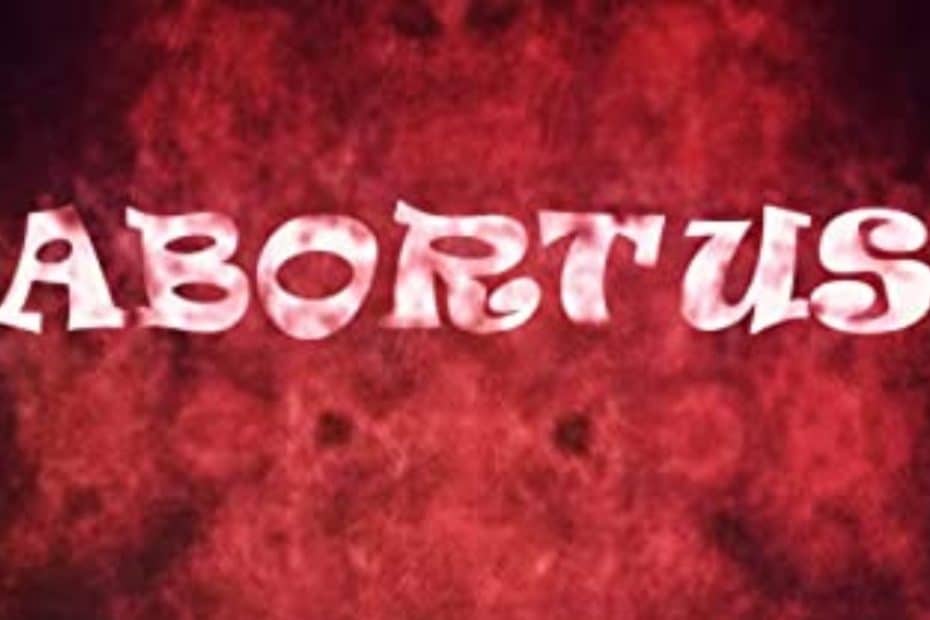 Nope, No Politics. Just Three Steps to a Bloody End

What does it mean, What do I care?

“You cut up a thing that’s alive and beautiful to find out how it’s alive and why it’s beautiful, and before you know it, It’s neither of those things, and you’re standing there with blood on your face and tears in your sight and only the terrible ache of guilt to show for it.” – Clive Barker

Beware: Those who read Abortus must have stomachs of steel. A lover of this story must have tenderness in the heart for red-colored corn syrup as it squirts across a room. Abortus is only for the strongest of wills. The author did not write this novella for the overly offended or the easily sickened. There are no political agendas, even if the subject demands consideration of feelings.

What horror fan won’t want a book or movie with pulsing hearts torn from live bodies and swimming pools full of blood a favorite? The blood and gore seen in the most putrid scenes of the movies Saw or A Nightmare on Elm Street? If someone can handle these things, but on an in-your-face, epic scale, they might find Abortus a must-read extreme horror novella.

This story is recommended to every horror fan. I can’t tell you that Abortus is a fun read or that it will impart knowledge or enjoyment. However, It will pluck a deluge of unexpected emotion from the soul, it will fill the brain with severe imagery, and it might inspire empathy for an often unseen population. In Abortus, it only took Mel three steps to meet her bloody end.

The Characters of Abortus

The story begins with Mel, the morose heroine who uses illegal substances to create her reality, or at least hide reality for a little while. Mel is a melancholy soul who rarely knows love, much less kindness and lives a life that few can imagine. Going from day to day doing what she must to stay alive, she lives a life lacking joy or happiness. She is destitute, living in a disgusting apartment and doing as many illegal drugs as possible in between begging, and selling herself for money. It is a life devoid of color.

Next, Enter Lenny, a repulsive human being who provides Mel with drugs, alcohol, and money for sexual favors. On top of all of that, Mel is pregnant. The amenable heroine was living on a cocktail of illicit drugs and did not realize she was pregnant until too late. Mel knows she can’t take care of a baby. In this instance, she is trading Lenny sexual favors for drugs and alcohol that will help to numb her because she’s going to do the unthinkable.

Next, part of what makes Abortus an amazing piece of work is the imagery of Mel’s entire experience. The author has used this art medium in a rare display of evocative blood, pain, body parts, and mental health issues. Somehow, he takes a barbaric situation and makes it suspenseful and compelling instead of just gross. All by itself, that is a rare ability. 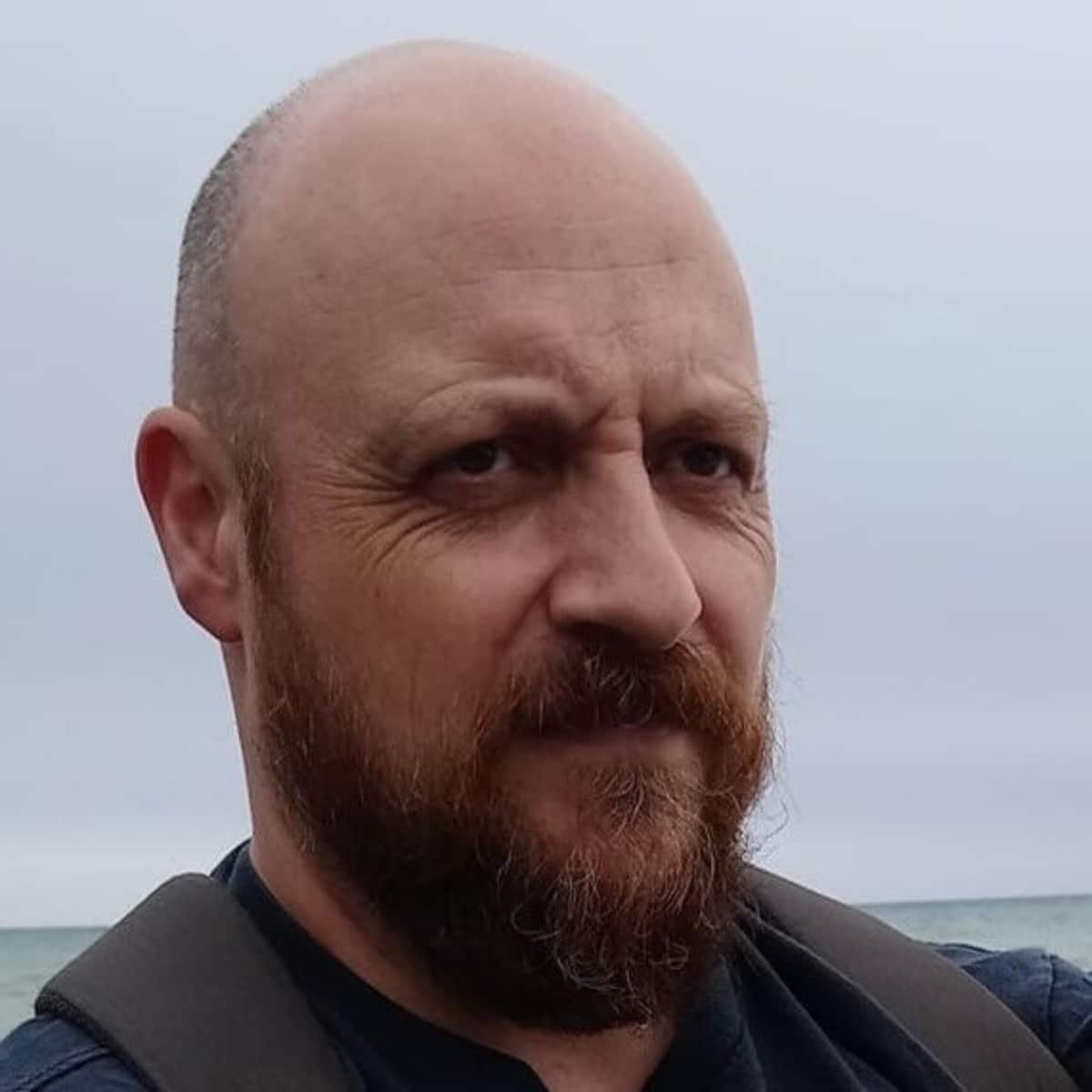 In addition, the author used his eloquence while keeping the story concise and clever. He created vivid characters, emotional personalities, and ubergraphic events within the novella. The reader may smell the blood or feel the brutal scratchiness of Mel’s threadbare blanket and the burn of the alcohol as she drank it. A significant point about Abortus is that the author is male and our protagonist is female. He has an amazing ability to look at life through the eyes of a woman in this horrifying situation.

The audience is able to experience the nightmare of the heroine. The experience is guttural, like being punched in the stomach. There are many nuances in Abortus, and they are what makes the story stand out.

The Further Reaches of Endurance

Indeed, Mel continues throughout the story to push herself to hide from life, pushing herself to stay in the fictitious world she has created. It is rare that a person, or a character, would go through so much pain and self-abuse to prove what is false. Nonetheless, her imagined world begins to crack, forcing her to work harder and harder to prove to herself that it’s real.

Furthermore, Mel pushes her body to do things that shouldn’t be possible. These signals were blaring, and it didn’t matter how much pain she felt. She kept going. Not many people can survive what she does to herself. This detail should have taken away from the believability of Abortus, but it didn’t. It actually supported the whole mood of the story, because when she pushed past human ability, it contributed to the idea that she would do anything to avoid facing her reality.

As this is happening, Lenny, one of the most repulsive characters ever written, is enjoying all of the horrors Mel is forcing upon herself. He is watching as she pushes past human capacity, and he is laughing and ready to exploit Mel’s atrocity. Early in the story, Lenny grants Mel kindness. Enough kindness is given that a numb character gets emotional. Because of this first version of Lenny, the evil that Lenny displays later is beyond comprehension. The evolution of the character adds to the fascination of the story.

In conclusion, Abortus is arresting and very dark. The good news is that there are zero political or religious messages, except for what is added by the reader’s biases. This is extreme horror at its best. It’s easy to hope that this is a tale of a dystopian commentary on modern, Western society or some such nightmare. What it may very well be, though, is a situation that has and is still occurring. This story is perfect for people who like extreme horror and those who can handle it.

The author of this novella is Mark M. J. Green, a British author of several books, two of which he wrote alongside author Lee Richmond. Abortus was originally published in July, 2022 as part of the collection of short stories called Medley of the Macabre.

In terms of darkness, gore, and imagery, this story reminiscent of an extreme version of the movie, The Collection. The most significant difference between many other horror stories is that these stories are often fantasy or fiction, while Abortus is real. Abortus is highly recomended, but beware. This story does not joke around. It’s challenging to read, even for a lover of horror. Anyone with triggers of any kind should skip this story as many of the scenes depicted are bloody and offensive scenes.

For those who can, read Abortus by Mark M. J. Green, available from Amazon for $5.38 in the paperback version and $1.17 for the Kindle version. 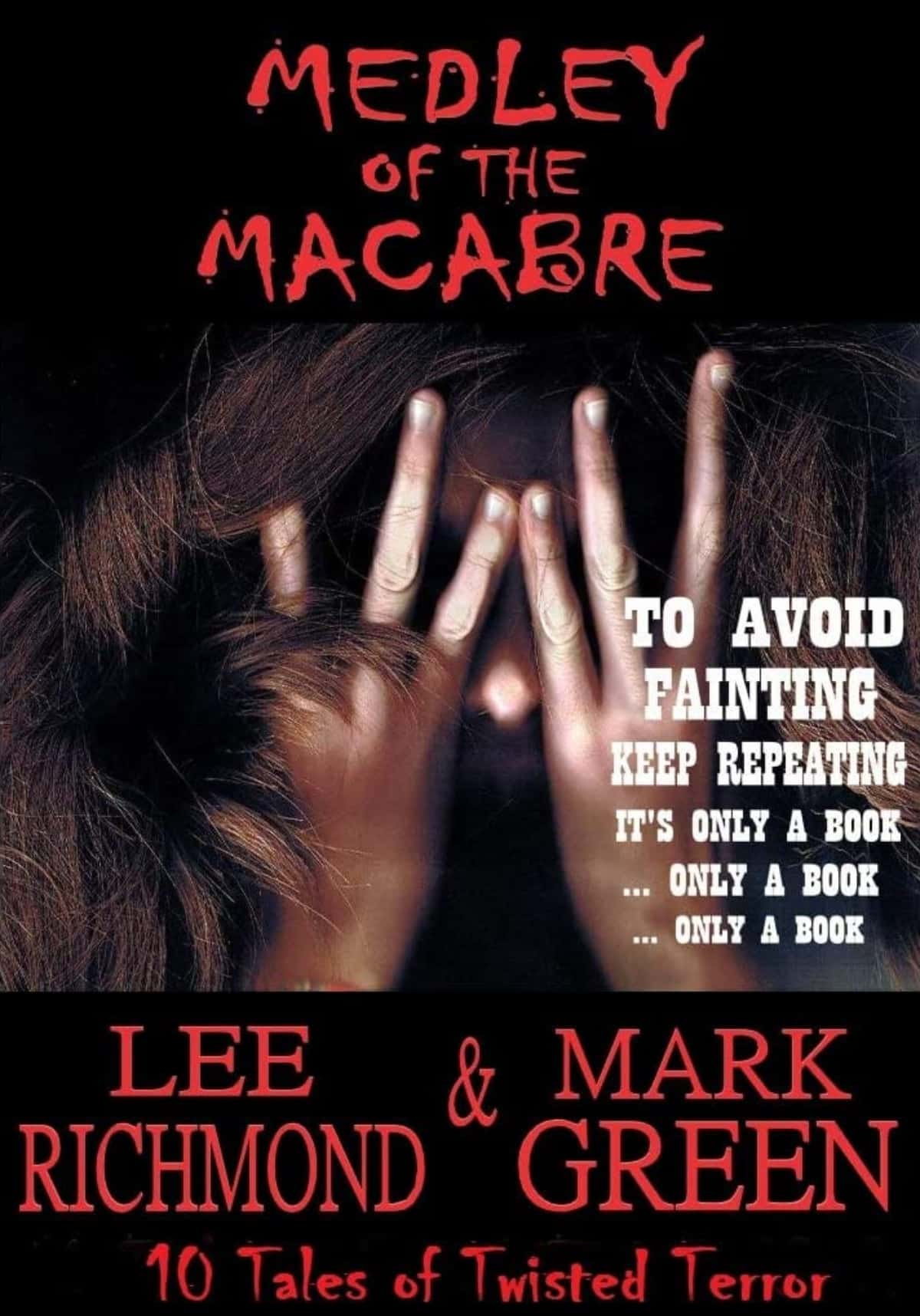 previousTop Ten Scary Ghosts In Popular Media
nextSpider-Men Seen in the Across the Spider-Verse Poster?