Candy Land’s opening is promising when it fades to black with eerie music. That ticking clock black screen theme lasts for 27 seconds and takes the viewer back the same number of years to 1996. The establishing shot that pulls the audience into a world of suspended disbelief does not hide that you have exited at the exploitation truck-stop called Candy Land. If you are a horror fan with kids in the house, make sure they are sound asleep before pressing play.

Candy Land pulls its audience right into an old- fashioned exploitation film by baring more skin than Vampiros Lesbos (1971) and a less scary setup than Halloween (1975).

The viewers are dropped instantly into a trick’s lap as Sadie (Sam Quartin), a truck-stop sex worker, rides into view. Sadie is atop a trucker in his big rig at “the last stop west, off of exit 17 on U.S. Route 66.” After she earns her snack money, she goes on her quest to cop another Ding Dong.

First time horror film writer/director John Swab teams up once again with director of photography Will Stone. Their creative Steadicam shot is used properly to drop the audience into the world of Candy Land with a nice stylized chase following three of Candy Land’s five ensemble cast members. The zigzagging shot moving across the screen from left to right is a great start because it never reveals the characters’ faces. This makes the audience feel that they are looking over the shoulder of a killer stalking Sadie, Levi (Owen Campbell), and Liv (Virginia Rand) through a dangerous lot packed with cars, trucks, and buses.

This establishing shot that had so much potential only partially achieves the main goal of this horror movie. It fails to meet the basic requirements of the genre by not challenging the fear of the audience and putting the viewers into the world of suspended disbelief. Nevertheless, it was able to evoke suspense by not showing the characters’ faces. It also achieves the darkness factor with a seedy, creepy truck stop which would make the average person cringe when having to stop for gas, but never really achieves true hints of violence.

Candy Land’s opening is very critical and has all the makings of great horror flicks like Halloween (1978), Friday the 13th (1980), and The Shining (1980) with great tracking shots. This keeps the audience on edge, but never heightens the fear with any type of shocking reveal, which continues to be a problem throughout the entire movie. It is hard to pinpoint exactly what it is missing. It could be a continuity error preventing a seamless flow allowing viewers to escape their “suspension of disbelief”. It may also be the daylight shots, the absence of a strange psycho overbearing music score that increases an array of human-sinister emotions, a lack of dialogue to instill a fear of a character, or the fact it has not one scary, suspenseful payoff to accompany its opening.

Candy Land also may be a victim of editing choices made by Andrew Aaronson and John David Allen that once again releases viewers from a world of horror and back into the reality that echoes a vibe similar to watching a serial killer bloodbath drama. 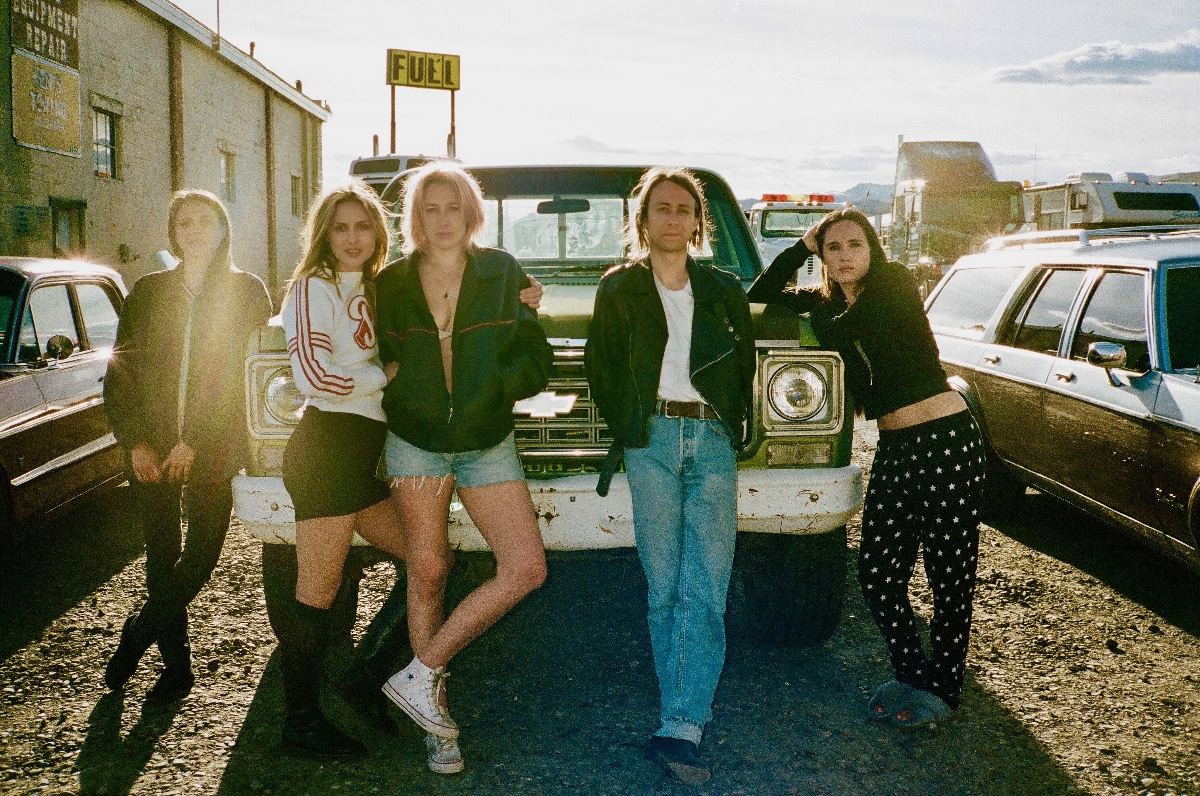 Candy Land’s three-act structure starts off great by achieving the first major screenplay element by introducing all the players within the first 10 minutes. The last of the ensemble cast members to be introduced are Riley (Eden Brolin of Yellowstone fame) as she polishes her nails with her glossy lips pressing against a walkie-talkie, luring in a trucker on his CB radio. Finally, Remy (Olivia Luccardi) graces the screen with her scornful eyes of damnation piercing through Liv, Riley, and Sadie from a van.

Other characters, like cult leader Theo (Brad Carter), arrive in the same save-a-hoe or soul white conversion van that Remy passes judgment from. Nora (Guinevere Turner), the pseudo- madam, is shown keeping Sadie on schedule. Sheriff Rex (William Baldwin) makes his appearance when he invites an unwilling Levi on a lunch escapade.

However, once the killing begins, the story falls short of the typical three-act horror movie guideline. This ensemble cast never truly encounters the threat before the first act is done and never struggle with that threat before they meet their maker.

This is not the flick for any horror fan looking for a suspenseful thriller that does not keep you on the edge of your seat, but if you are thirsty for blood, exit 17 is the right stop. Its predictable killing and the many real-life issues surrounding teen sex workers it exposes bounces it into a drama motif, thereby abandoning the horror genre.

Candy Land attempts to overcome its storyline gaps with unnecessary exploitation-like nudity that does not advance the narrative. Surprisingly, it somehow manages a limited theatrical release on January 6th, 2023, and achieved several film festival selections. This is an incomprehensible achievement during the current cancel-culture era we all live in.

Candy Land’s plot falls short of the character- driven stories of X or Pearl by Ti West. Nevertheless, it is an accomplishment to complete any feature film, let alone get into several horror genre-specific festivals. This is a great achievement for writer/director John Swab’s first journey into the sub-cult world of horror. When Candy Land’s film reel runs out and “The End” slides across the screen, horror film fans should be satisfied and pleasantly overjoyed with the total body count, blood fest, gore, and the irony of the creative strike-you-down, biblical kills. The cult combined with the sex worker madness almost overcomes the lack of story development with the twist at the end.

Candy Land has a limited theatrical release in select cities and is currently available for rent or purchase on Reelgood, Roku, and Vudu. 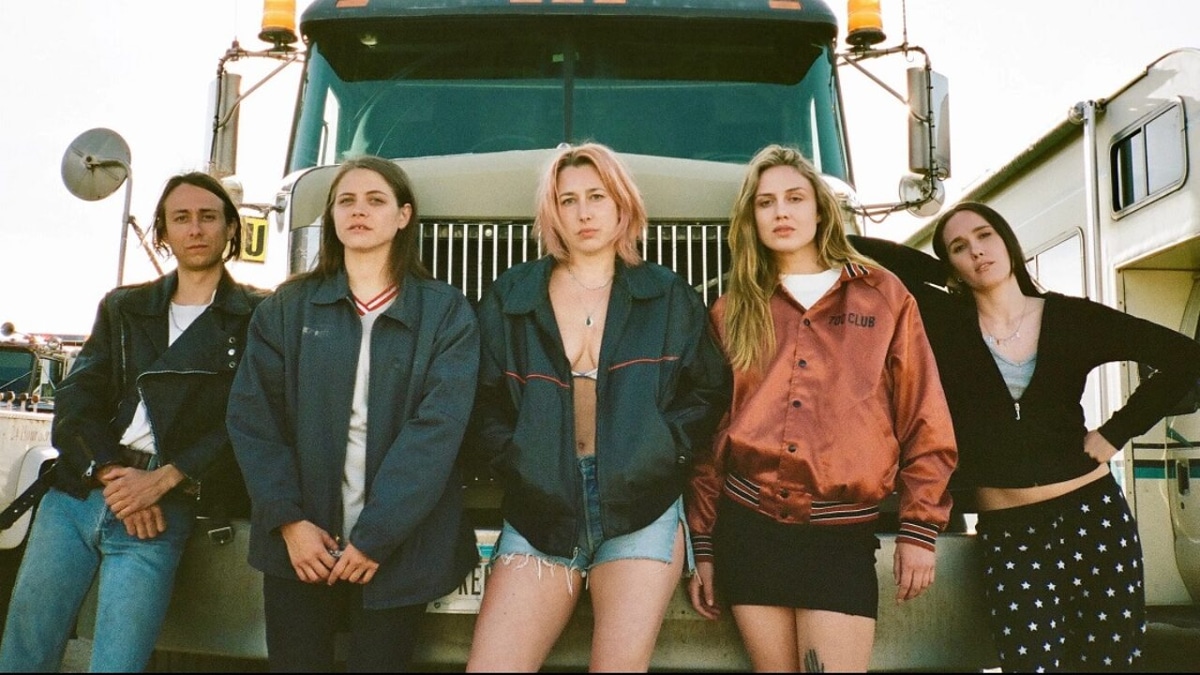