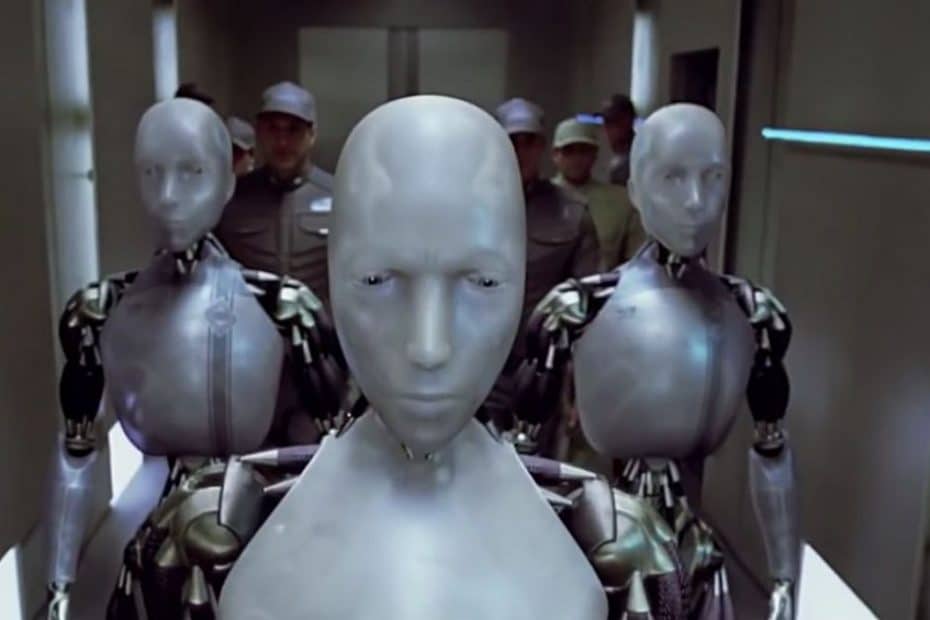 When one thinks of horror, one’s imagination shifts to terrifying things; these elements make the knees buckle, the blood curdle, and the heart dance in a dysrhythmic fashion. In cinematic means, this relates to pieces containing aspects of the supernatural, gore, and extreme acts of violence. But in life, there are so many more horrifying things. There are events, situations, and people dark enough to invoke deep-seated dread. And without a doubt, there are classes of films that fall in this subset, movies resting in the gray. While they don’t fit the mold of typical horror, they are dark enough to be so. And here is a list of those films.

I, Robot, a 2004 film starring Will Smith and directed by Alex Proyas, is classified as an action/mystery but offers much more. It depicts an alternative reality, a possible future where robots are as prevalent as humans. They have become a subclass. A crime committed by one of the A.I. catalyzes a protective posture. It is not long before a sinister plot unfolds. The machines organize, putting their rebellion in motion. The creation is coming for the creator. The offering is dystopian; it is a bleak look at what might be forthcoming. Given the fear surrounding tech, this feature plays into those dark and twisted musings. It is humanity’s worst nightmare come true. Despite the 19 years since the initial release, the present-day manifestation of innovative concepts once only dreamt of makes this film a haunting selection.

A battle teased between humanity and aliens has become prevalent in films. And the thematic matter has never lost its edge. War of the Worlds is one of such tales rewarmed for various generations. But no matter how many times it’s re-told, it continues to frighten. The probable outcomes seem dire, especially when measuring human frailty against galactic threats. The most recent film adaptation, a 2005 movie starring Tom Cruise and Dakota Fanning, held to its dark origins. In genre classification, it is labeled an action-adventure. But this flick, like many of its iterations, is terrifying.

The ideology of an apocalypse strikes trepidation. No matter the cause, few want to face the possibility of a world on the brink of extinction. Because to ponder such thoughts raises anxieties. One of the scariest depictions of a world on the verge of death was the 2004 movie Day After Tomorrow starring Dennis Quaid and Jake Gyllenhaal. Sitting through a two hour and four minute depiction of a semblance of your world being ravaged by indescribable catastrophes simultaneously awakens something guttural. It arouses an unresolved and buried fear. Given the barrage of foreboding news regarding the environmental state, the likelihood of fulfillment makes it too real.

Monsters are horrifying. But with monsters, you know what to expect. The sole reason behind their existence is to strike fear, devour, and annihilate. The only thing scarier than a supernatural fiend is the devil cloaked in a skin suit. One of the most petrifying experiences some will face is the possibility of being caught in the grasp of a psychopath. And here are some of the films featuring psychopaths that are dark enough to be horrors.

Parasite won critical acclaim for portraying a family of psychopaths. Parasite begged the question: do you know your neighbors? And it brought a heightened awareness of home security. Do we know what is happening beneath our roofs? Bong Joon Ho’s cinematic piece more than lived up to its classification as a dramatic thriller. However, it surpassed those defining parameters. It was natural horror. And it was universal.

Cape Fear is yet another film that warns its audiences to always air on the side of caution and to remain vigilant. Deep fear can seem purely abstract until face to face with a cold-blooded psychopath. In 1991’s Cape Fear, Robert Dinero portrayed the perfect predator. Max Cady is a rapist whom justice deals with, but with a light hand. He spends years imprisoned physically and mentally.

During Cady’s days of incarceration, he stews in his insanity, using his mental framework to brew the perfect revenge. And when he gets the opportunity to unleash his frustrations, he does. This flick shows man vs. monster fully engaged in one of the deadliest locales on a boat set sail. The tone is set to holy terror and gets darker as the movie moves along. 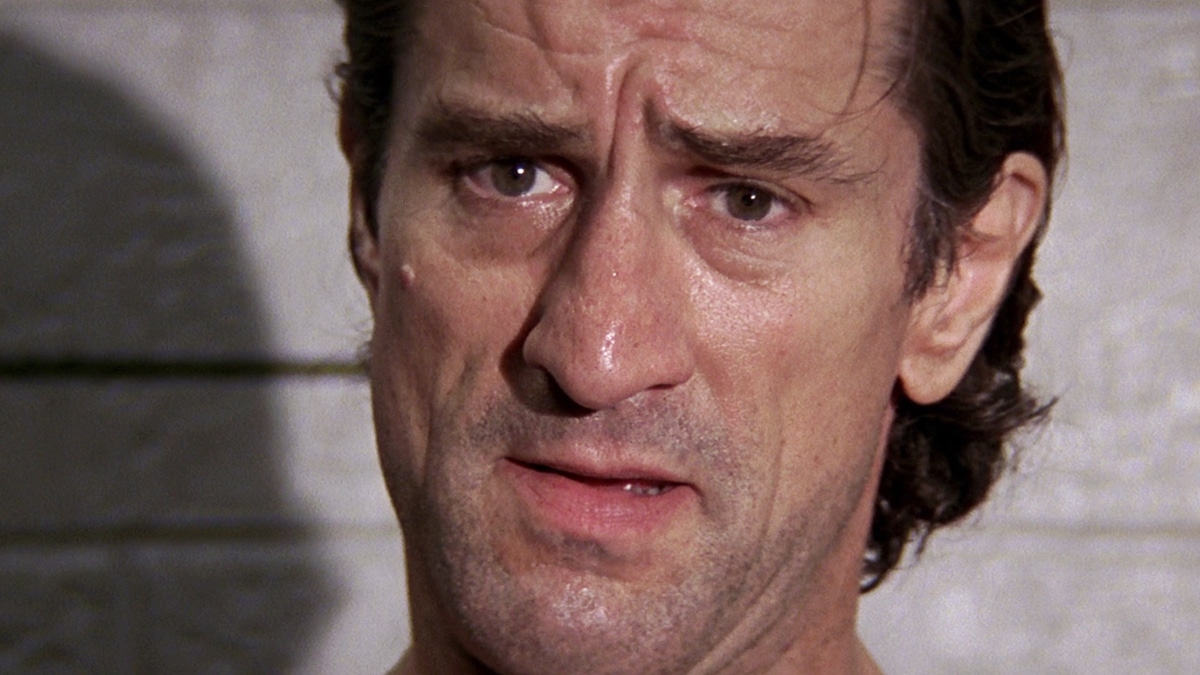 Serial killers are human puzzles. There is never a reasonable rationale behind the depravity of their natures. Many explanations have been explored, from evil incarnate to victimized minds gone awry. Whatever the defining purpose, this lot is loathsome, callous, and nightmarish. Their dark natures are consumptive. Se7en is a 1995 crime drama starring Morgan Freeman and Brad Pitt. It is the narrative of a ruthless serial killer driven to murder with the seven deadly sins as his impetus. This situation puts two detectives in a precarious position. They are in a race against time to snare him. Each death is morbidly gruesome. The subject matter waxes heavy. And if not careful, the viewer will leave feeling sickened by the level of insanity a human mind could be driven to.

One of the most feared serial killers to be depicted on film is Hannibal Lecter. Lecter is the epitome of the boogeyman. He is the person you want to avoid meeting on a dark street. His cannibalistic nature, paired with his intellect and pedigree, makes him irresistibly menacing. He is as close as possible to a picture-perfect caricature of darkness enfolded in human skin. His story is told in the spell-binding film The Silence of the Lambs, which stars Anthony Hopkins.

Life is about survival. But nothing threatens, like being in a position where the odds are not in your favor. And here are some films that feature the slimmest, darkest, and undeniably horrifying odds.

Natural disasters are one thing, and fears of perishing when mother nature revolts are common. But a particularly paralyzing fear is the possibility of being thrust into a situation where survival looks bleak. Alive depicts an unimaginable situation, a plane crash that leaves its passengers stranded. The survivors are forced to make dark decisions to survive. It raised a poignant and surreal question, what if living another minute, moment, or hour meant succumbing to a baser need, cannibalism? It doesn’t get any darker.

127 Hours was another film that posed tough questions to its viewers. This was the account of a mountain climber named James Franco, whose life turns bleak in a matter of seconds. It is a gripping feature and a painful hour and 34 minutes to watch. However, it only reflects how terrifying those 127 Hours could feel if we walked a mile in Franco’s shoes. There was no way to leave the comfort of the theater without wondering, what if it was us? How does one react when something goes horribly wrong, leaving you dangling, clinging to everything within to hold out? If the darkness came for us, could we survive it?

Some situations are indescribably horrific because they control a combination of horrors. This is masterfully displayed in the number one pick, Eve’s Bayou.

Eve’s Bayou, a 1997 film starring Samuel L. Jackson, Megan Goode, Jurnee Smollett, Lynn Whitfield, and Debbie Morgan, is the story of a well-to-do Creole family. While everything seems kosher on the surface, there is a turbulent undercurrent. There are a lot of dreadful subtexts in the film.

The tone is dark, and it’s full of monsters. One of the primary elements is the practice of the dark arts in correcting the course.

Horror within the parameters defined by universal things which invoke fear at first thought makes sense. However, darkness has tentacles. Some horrific elements in the world are even more terrifying, a mismatch to the definition in the traditional meaning. And likewise, sometimes the scariest cinematic offerings depict those things, situations, and events not defined as horror. But these films are so dark that there is no other takeaway than terror. These are the films that, after the conclusion, provide a great relief. It impresses on the mind a sense of gratitude that these experiences belong to someone else.