Home > A Comparison of Interview with the Vampire 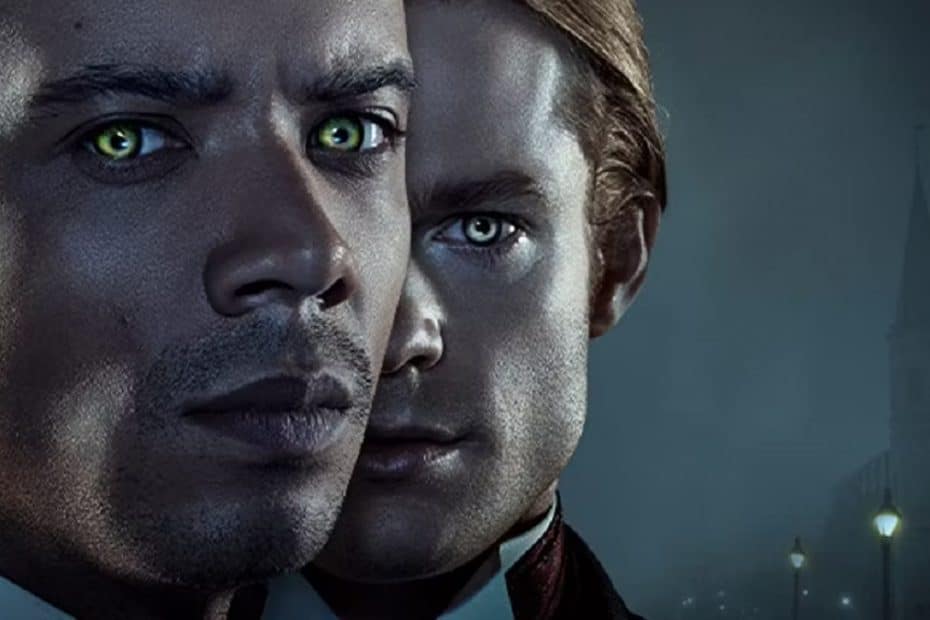 A Powerful Study in Adaptations

When Anne Rice heard about the casting of the 1994 movie adaptation of her book of the same name, Interview with the Vampire, she was much less than pleased. David Geffen, the producer, had taken the screenplay Anne Rice wrote and ran with it. She did not get to be there for any part of the process, making her very nervous. The biggest issue with Anne and fans alike was the casting of Tom Cruise, the mega-male movie star who had never done a film requiring this much elasticity from his acting skills.

After all, Interview with the Vampire was her “baby.” Some fans protested against Anne Rice because they thought she had okayed many of the seemingly drastic decisions for the film. Nevertheless, David Geffen decided to send her a VHS copy of the film before everyone else got to see it. This was unprecedented; writers of the original stories did not get to see the adaptations before the movies came out. They didn’t want writers to ruin the film’s marketing before it was released.

Luckily, Anne Rice loved it. Tom Cruise, Brad Pitt, and Kirsten Dunst all portrayed their characters with the intensity she felt the characters needed. The cast and crew showed formidable skills that created a brilliant film, surprising the writer and fans alike.

However, the Interview with the Vampire television series produced in 2022 was very different from the movie but was loyal to the book in ways the film was not. Of course, Anne Rice passed away at the beginning of her work as an executive producer of this series. Christopher Rice, Anne’s son, originally wrote a pilot that turned into what is now the series and worked as executive producer. With more involvement from Anne and her son, fans hoped the series would be more loyal to the book than the 1994 movie was.

Comparisons of Love & Humanity in Storyville

First and foremost, one of the most glaring similarities in Interview with the Vampire the book, the movie, and the series include the physical description of Lestat. The book described him as tall with curly blond hair and gray eyes. Also, in all three adaptations, the interview between the reporter, Daniel Malloy (referred to as “the boy” in the novel), and Louis are similar in that the reporter wants to interview the vampire, who wants the world to understand his life and experiences. At the end of the interviews in all three adaptations, Malloy wants Louis to change him into a vampire. In the series, there are multiple interviews, and this one is the first. Malloy is offended by Louis because, during the second interview, who is older, Louis refers to him as “the boy.”

Next, in all three versions, Lestat tells Louis that he will give him “the choice he never had.” Anne Rice felt this was important. It signaled that Lestat was unhappy as a vampire, like Louis, and felt it was better to work with the situation you had. He couldn’t stop being a vampire, so why not enjoy himself?

Subsequently, this leads to arguably the most important struggle in the book, the television series, and the movie. In every scene, Louis spends much of his time lamenting his internal struggle with being a vampire. He does not want to kill, nor does he enjoy killing humans. For a long time, he refuses to kill humans, only ingesting the blood of animals. Louis spends much of the time in all three mediums mourning the loss of his humanity. Many who knew Anne Rice argue this was a result of her struggle with guilt and religion, which is why it was such an important part of the story. 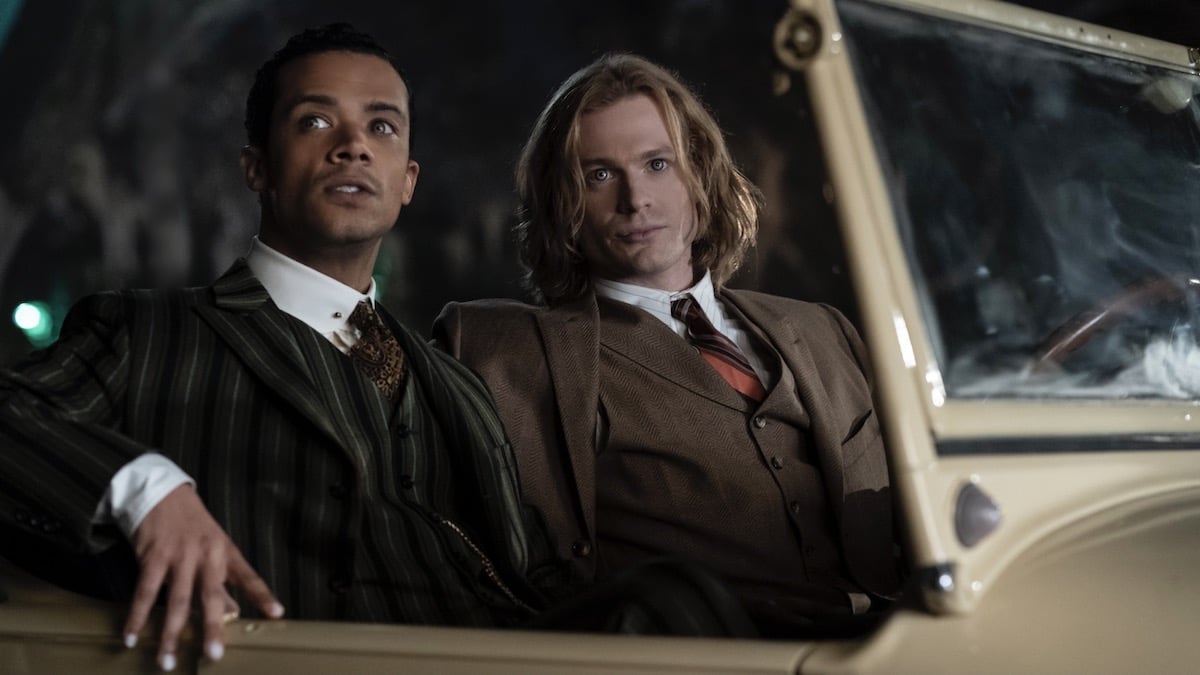 First, it’s important to note that all three versions of the story are beautiful, spiritual, and intense all in their own right. However, fans may find more differences than there are similarities. The series’ script writers and producers said it was important to create a contemporary adaptation of Interview with the Vampire for this generation. The cast and crew clearly wanted to keep the spirit of the original story as forefront as possible. They said they knew fans of Anne Rice are infamous for not liking changes made to the stories, so they felt they did a good job of giving it a fresh perspective without changing Rice’s message. The novel was written in 1976 and set in the 1700s.

Without a doubt, the cast and crew of the new television series are proud of their final product, and they tried very hard to stay loyal to the original novel. The gleaming differences brought on by the altered setting of the new AMC+ version are seemingly nothing short of massive. Another of the obvious differences between the book, the movie, and the television series are the differences in the race of the main characters. In the television series, Louis is a black Creole business owner living in the 1910s. In the book, Louis is described as having white skin with chin-length dark hair, while the movie’s Brad Pitt (Louis) has white skin and long, brown hair. These changes to characters and settings added extra dilemmas for the characters. Even though both are striking in their beauty, Louis and Claudia face ugly, extreme prejudice in the series.

Another enormous difference between the book, movie, and the Interview with the Vampire series was in the age of Claudia, Louis and Lestat’s adopted daughter. The new series makes Claudia a girl of about 14 when Louis saves her from a burning building. The relationship between the three is already plagued with tension and resentment, but this adds a new dimension to the angst.

Not only does Claudia’s age further impede the relationships in the television series, but Anne Rice created Claudia in the image of her own five-year-old daughter, Michele, who died of leukemia. In the book, Claudia’s age at the time of her vampiric birth was about Michele’s age. Claudia was probably a little older than five in the movie, played by 11 year old Kirsten Dunst, but she was still obviously a young child. The series’ creators said it was essential to make Claudia older because of the complicated romantic relationship between her and Louis. The differences in the representation of Claudia become even more blinding when she grows older. She is able to look more her age. It is a difficult departure from the book.

Also, the romantic relationships between characters were different in the three representations. The relationship between Louis and Lestat in the AMC+ series is even more potent than in the book or the 1994 movie. In the series, there are physical representations of sex and romance, while in the book and movie, the romance is only implied. The relationship between Claudia and Louis in the series is much less romantically acute. Louis loves Claudia, but more like a daughter or sister. Claudia has some subtle feelings towards Louis, but mostly they must be inferred. Claudia and Louis have an understated romantic relationship in the movie and the book, but vampires don’t physically have sex.

How Much Love Does a Vampire Need?

In the end, both the movie and the new Interview with the Vampire series are elaborate, meticulous, and captivating. The actors are gorgeous people and spectacular actors. The people involved in making these adaptations took them seriously and made them with pride and respect. It has always been clear that Anne Rice wove her soul into this novel and The Vampire Chronicles, the complete series.

It’s not possible to mention all three versions’ differences. Since there are a lot, there is no way to know what Rice would think about this new series; it’s up to us. The book is only limited to the scope of the imagination. No matter which adaptation the fans decide they like the best, there is a version for all of us.

When the movie, Interview with the Vampire first came out in 1994, it was mired in controversy. The people who loved Rice and her books would not allow disrespect to be leveled at them. Rice was with the fans. She said she didn’t blame them for their anger about the changes to her story.

In contrast to what many people thought, Tom Cruise played Lestat with a skill most didn’t know he possessed. Once the result of the filmmakers’ hard work came out, the emotion calmed, and now we know that the 1994 movie broke records. The AMC+ series Interview with the Vampire will likely continue to be highly successful too.

Watch the new AMC+ television series, Interview with the Vampire, in a free trial with Amazon Prime Video. 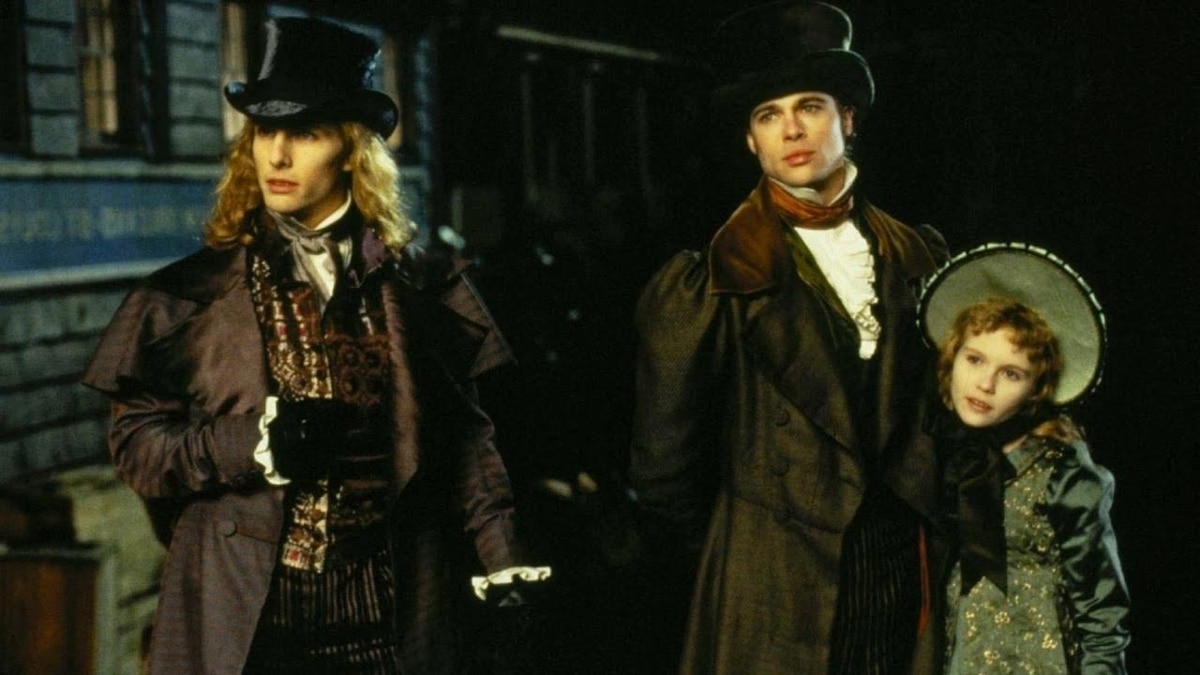 previousMovies Dark Enough to be Horrors
nextCandy Land (2023): A Review