Home > How Letterkenny Remains a Triple Threat in Television 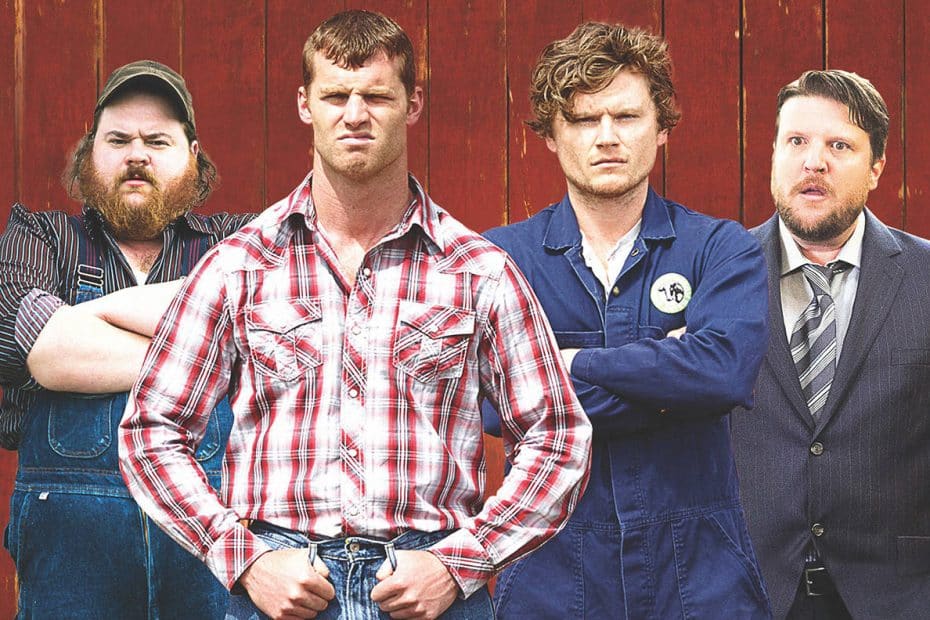 The only preface necessary to an already-there ensemble of “hicks, skids, and hockey players”  is that, because it is based in Canada, it is already exponentially nicer than those that are not. A forewarning of its characters and nuances set the scene for a unique batch of personalities which are demonstrated in less than five minutes within each, making Letterkenny the spectacular homeland experience that only belongs to a few of us.

Television Doesn’t Need to be Fictional

Just launching its eleventh season at the dawn of 2023, Get ‘Er Done Productions in partnership with Hulu has amassed a cult-like following from the jump. First a short form web series under the surname “Letterkenny Problems,” the multifaceted series mimics the unintended theater of odd townspeople and has transmuted itself into progressive forms of entertainment honoring the misfits of societies since.

Through maintaining its same quick-witted and provincial based nature in every iteration since its origination in 2013, the modern sitcom is a triple-threat to the standard formatting of television and its methods of audience reach outside of the Internet. Letterkenny feels like it had amassed a prominent sense of self before adaptation, alluding to the meta nostalgia of a reality the Canadian creator, Jared Keeso, lived and bore witness to. Before distribution, during debut and after its making to withstand the rest of all time – one can expect this to be the theme for another (hopeful) eleven seasons to come.

This show is a perfectly understood anomaly of people and personalities meeting at the right time. A bit like when a comet catches traction and creates whichever phenomenon that Earth, Wind and Fire is based on: the show culminates a great sense of hometown life that doesn’t belong to all, yet certainly reinstates that this is nothing to get homesick over. Organic and true as its stories, arcs and production triumphs are depicted through writing and execution: Letterkenny and its elements are of a different gravitational force that tracks in multiple magnitudes and universes.

Never just grazing over character archetypes or showing inklings of mixed lives with linear realities, Letterkenny aims to keep creating opportunities for development of these already-established community members. As neighbors of free speech, dissectors of coarse kind judgment and vessels for direct poetic insult, the show also drifts away from what is expected. Occasionally morphing into montages of character tempo switches and evolutions aided by instrumentals as powerful as its subjects, these moments are true to the future of the Letterkenny lifestyle, with each of the mainstays improving and plateauing as even the Basics do. 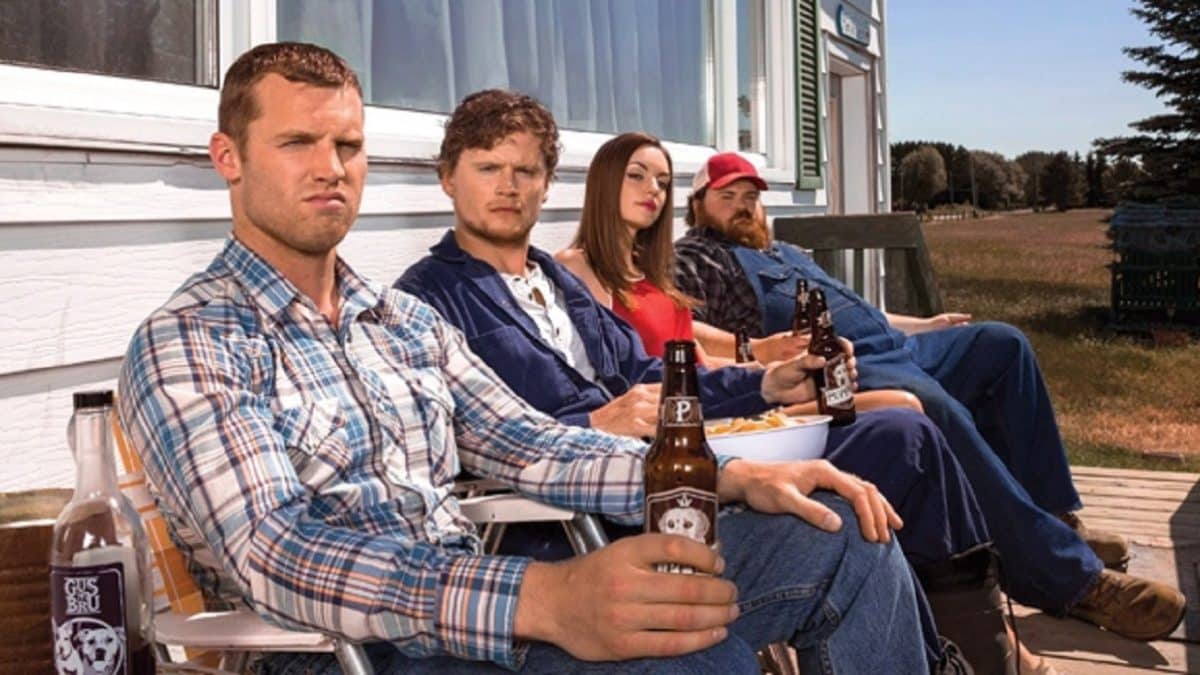 The Art of the Spin-off is Back

So that’s just it – everyone has their own personal versions of the produce stand hard asses, dim-witted jock types that grace the screens with their confident bro-vernaculars and skillful weirdos that seem to have entire twisted backstories of their own. Granted they have the platform, this show wouldn’t fail to have more than one spinoff (similar to the branch of its brother perspective, Shoresy, also on Hulu) if given the chance.

And buddy – do I hope its parent streaming services continue to cultivate the well-kept Great grounds to do so. A fan of underdogs and purveyors of the intellect that was definitely hand-crafted and other shows scavenge series-long for: Letterkenny is here to stay, in every way a post-pandemic world will allow it to be.

Instant Classics on Screen & Off

Beyond cultivating a lifespan made for television and the internet, the colorful cast of this great Renaissance painting of entertainment continues to unveil its artistry off screen as well. Performing live shows in the United States and all around, the Canadian mainstay seems to have carved out a perfected longevity that most Netflix shows that are canceled after two seasons only fantasize about. Unveiling its Jack-of-all-trades nature and exacerbated through the even more captivating humans that portray them – this show’s exact polarity and conquests continue to pose the question of if these characters are even acting at all – or if their game has just the right amount of iconic players to withstand legendary status.

Champions to their team and representatives of a well-rounded congress that is perfectly infinite to each of its kinks and audacious behaviors, Letterkenny is a show for those that feel like they belong nowhere, but definitely know someone from somewhere.

The show’s previous ten seasons, all released in six-course style, are available in full serving sizes on Crave and Hulu. Its spinoff series based on a firstly notorious back-facing character, Shoresy is available on both platforms, freshly renewed for its second season. 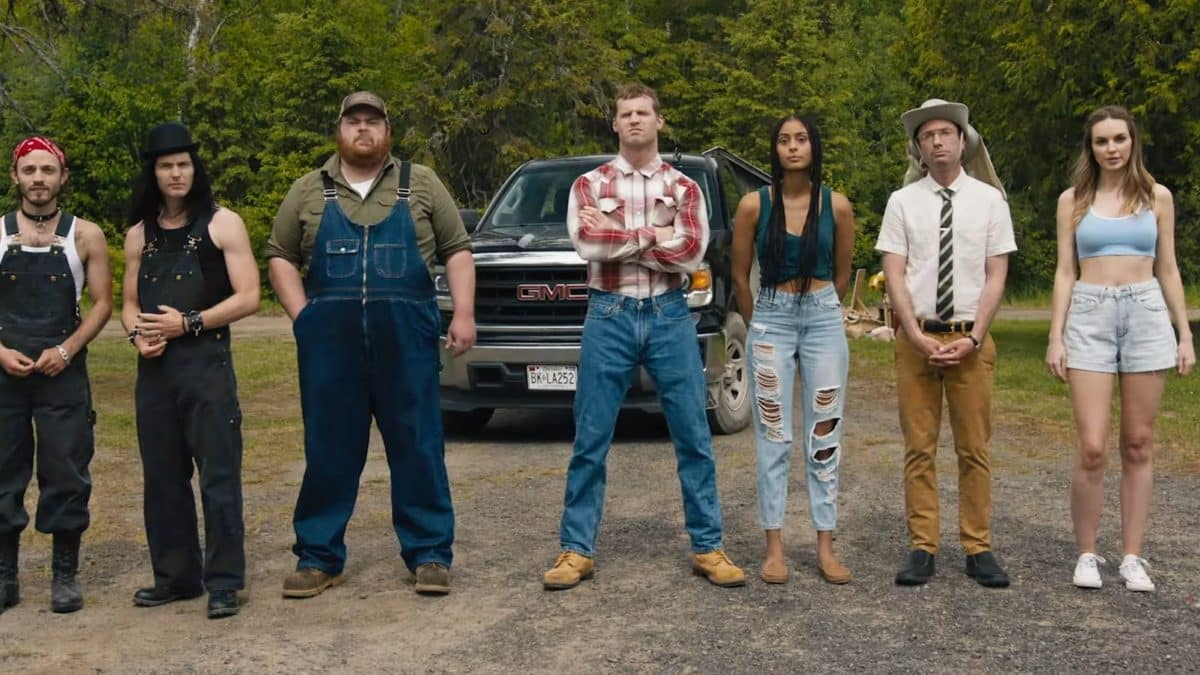